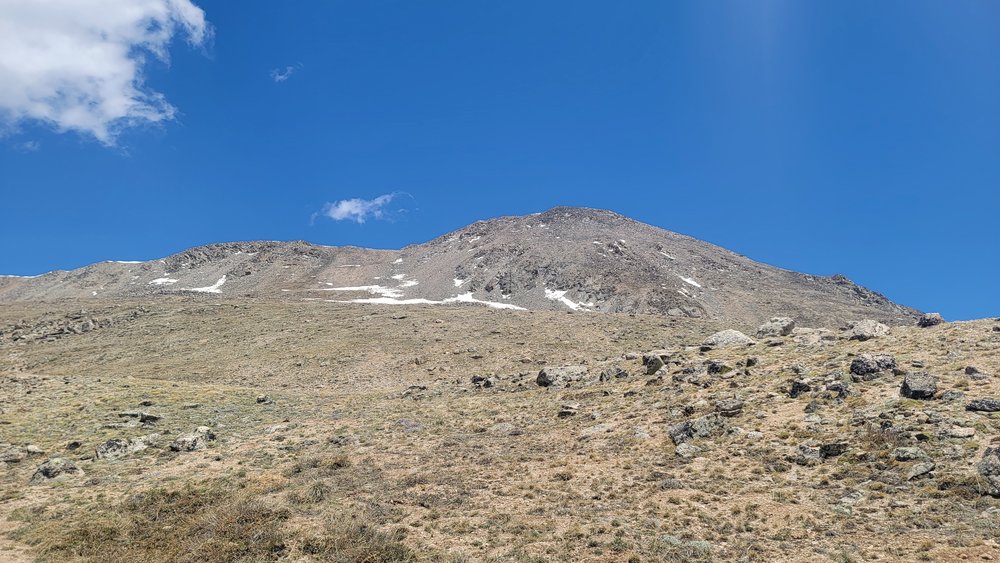 I started hiking just below 10,000’ at 9:47 am and it was super mellow to Browns Pass Trail, 1.3 mi in. The switchbacks up to treeline at about 12,000’ made the next section nice as well, with a couple of easy stream crossings with plenty of steady-ish logs to get across on. It was sunny but crisp and windy. Great moving conditions. 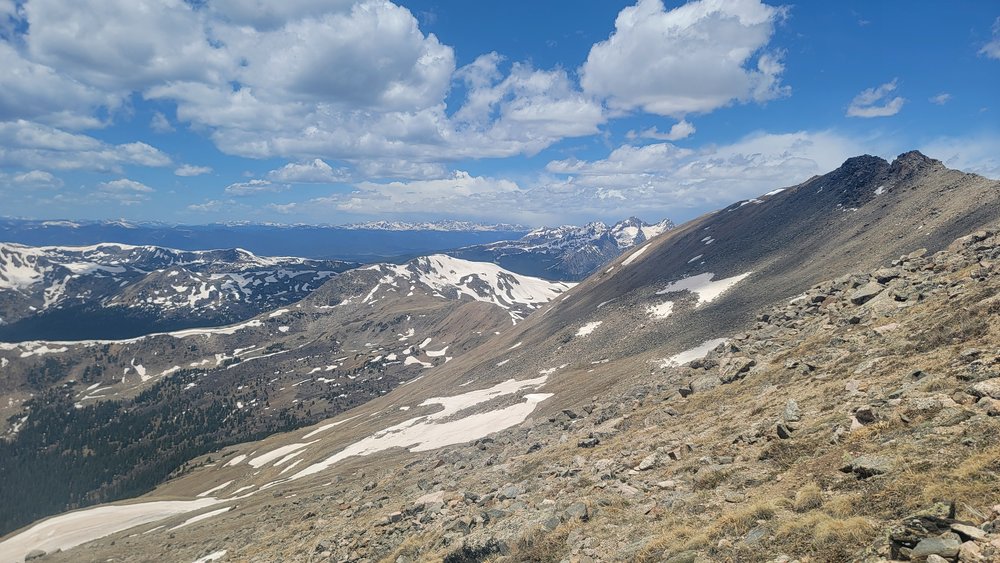 I stopped to put a layer in a hailstorm at 11:40a at 12,900’, then kept going up more switchbacks to the end of the trail at 13,900’. The weather had looked worse than forecasted all day, but the clouds were still fluffy and didn't look like any electrical storms were coming. My hands were almost numb and I thought about stopping to put on gloves but I decided the best way to keep warm was to pull my sleeves over my hands and keep moving. 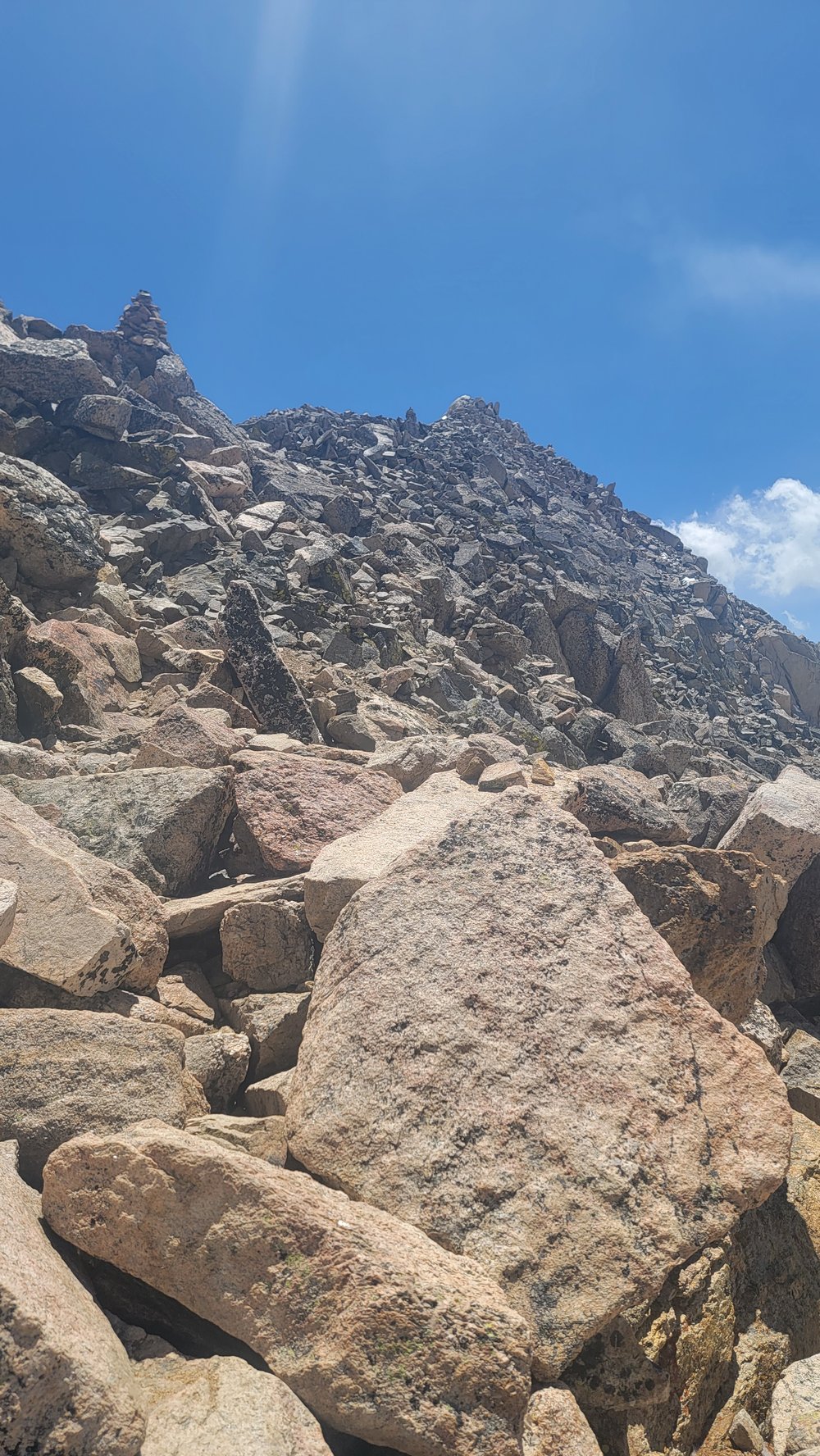 The ridge traverse was mellow and straightforward but longer than I expected. I was getting hammered by the wind but at least I was just below the ridge on the leeward side. My intention was to stay on the top of the ridge but I dropped down to the herd path because I was getting blown around. There was one patch of snow near the summit that I go chose to drop down around to the right. Once I got above it, I saw it would have been easier to go left. 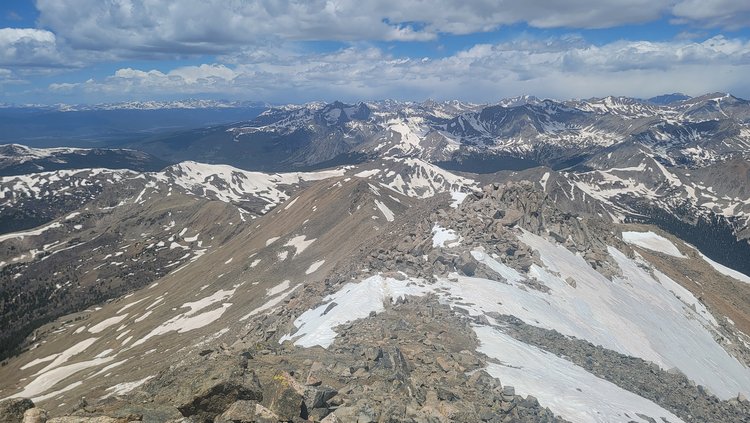 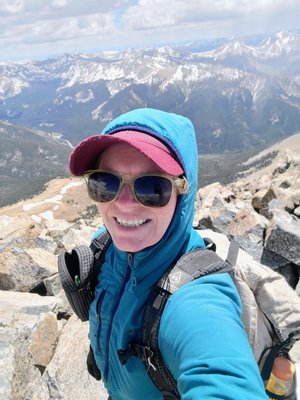 I got to the summit at 12:23 pm, with very cold hands. Finally, I put my gloves on and took some photos of the summit that I had to myself. The wind was kind of brutal, so I didn't linger. 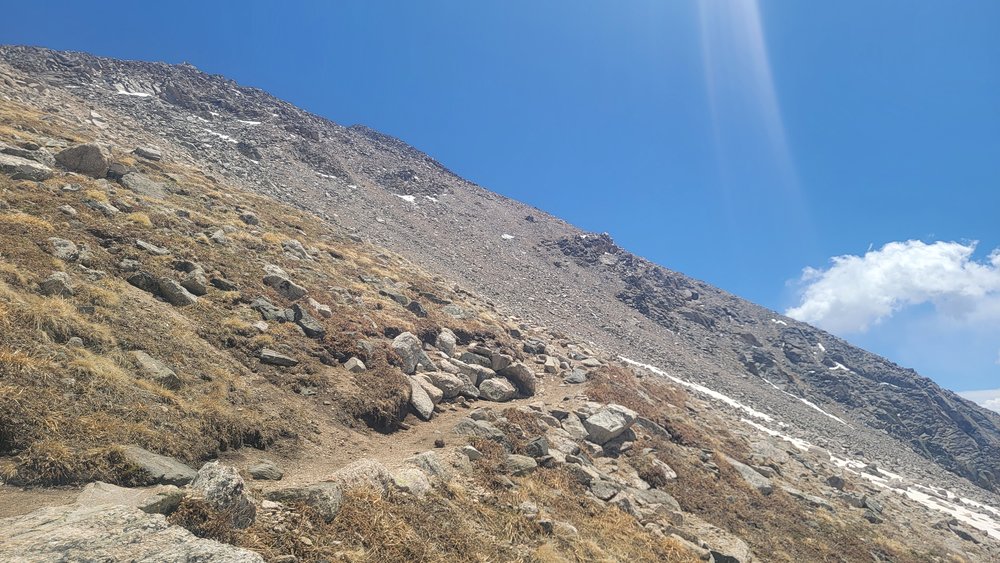 The ridge traverse was easier on the way back since I knew where and how far to go. The trail was graded well enough to jog most of the way down, passing some CFIers I didn't recognize, so I didn't stop. I got down at 3.59:59 on my watch, which was 4:10 of elapsed time. On the way down to Buena Vista, I was still a little too in the zone and earned a speeding ticket for it.