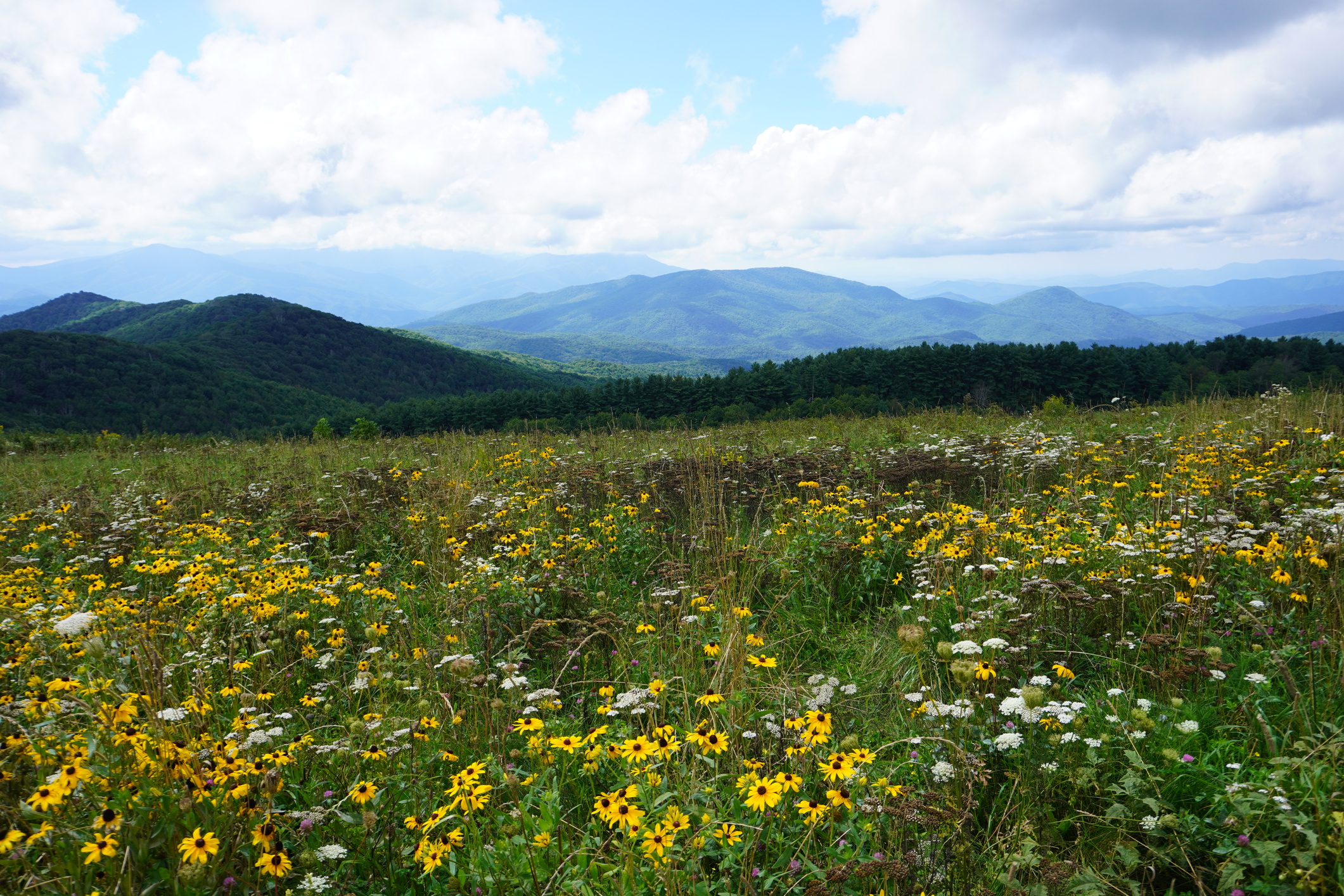 The Appalachian High Route is a 330-mile loop that offers a whirligig tour of 6,000-footers and iconic gems of the southern Appalachians. The route was established by Jennifer Pharr Davis earlier this year and utilizes existing trails and roads to form a loop through the southern Appalachians. Here’s a section-by-section breakdown of my trek of the AHR this past September and some additional resources to help you plan your own journey on this novel route. 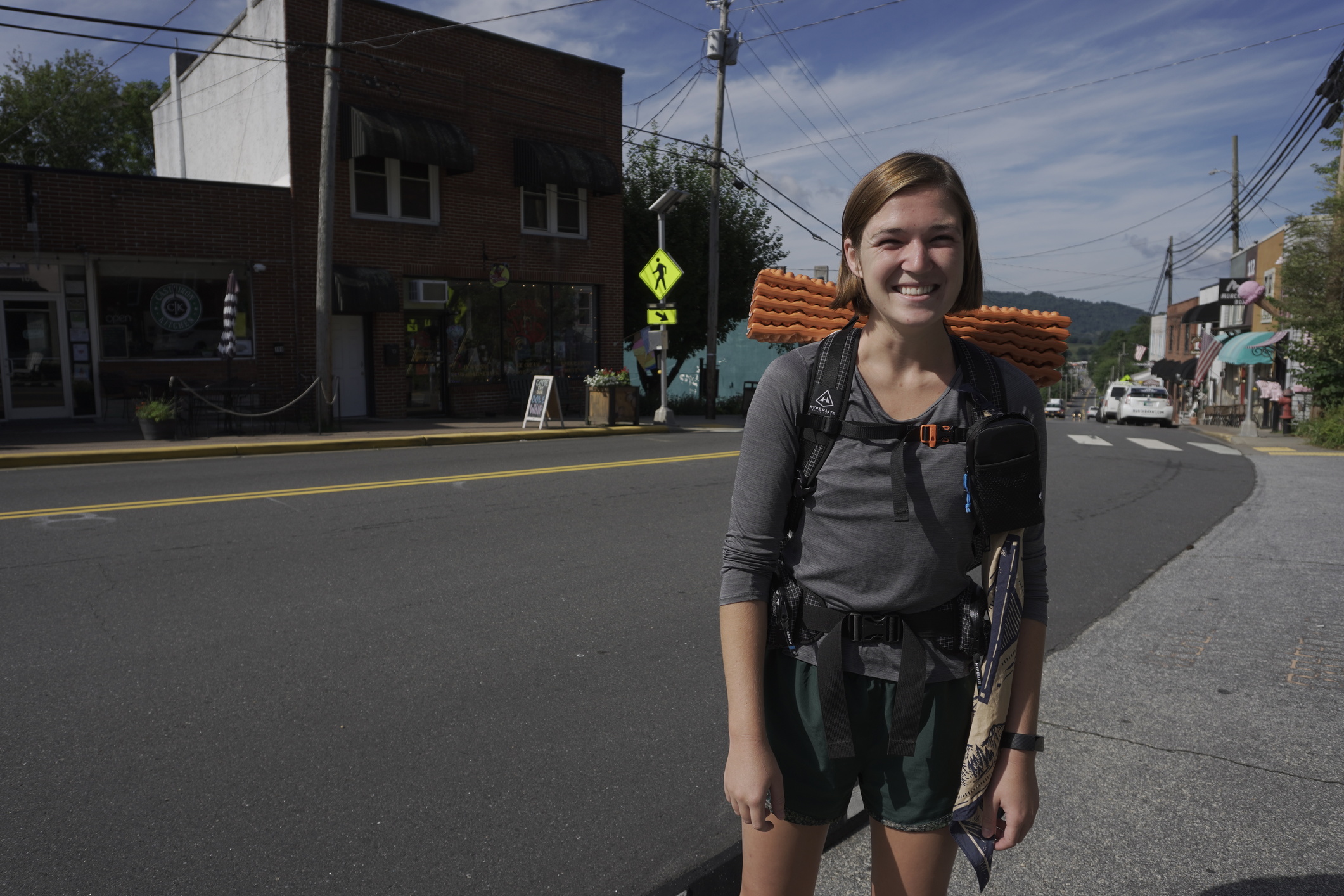 Description: The Burnsville Connector begins and ends in the mountain town of Burnsville, about a 45 minute drive north from my hometown of Asheville. Pop your head into the Visitor Center to take advantage of your last potable water, then set off down Main Street. It’s a 5-mile road walk along paved country roads and gravel secondary roads to the beginning of the Black Mountain Crest Trail - but that won’t be the last you see of the Burnsville Connector. 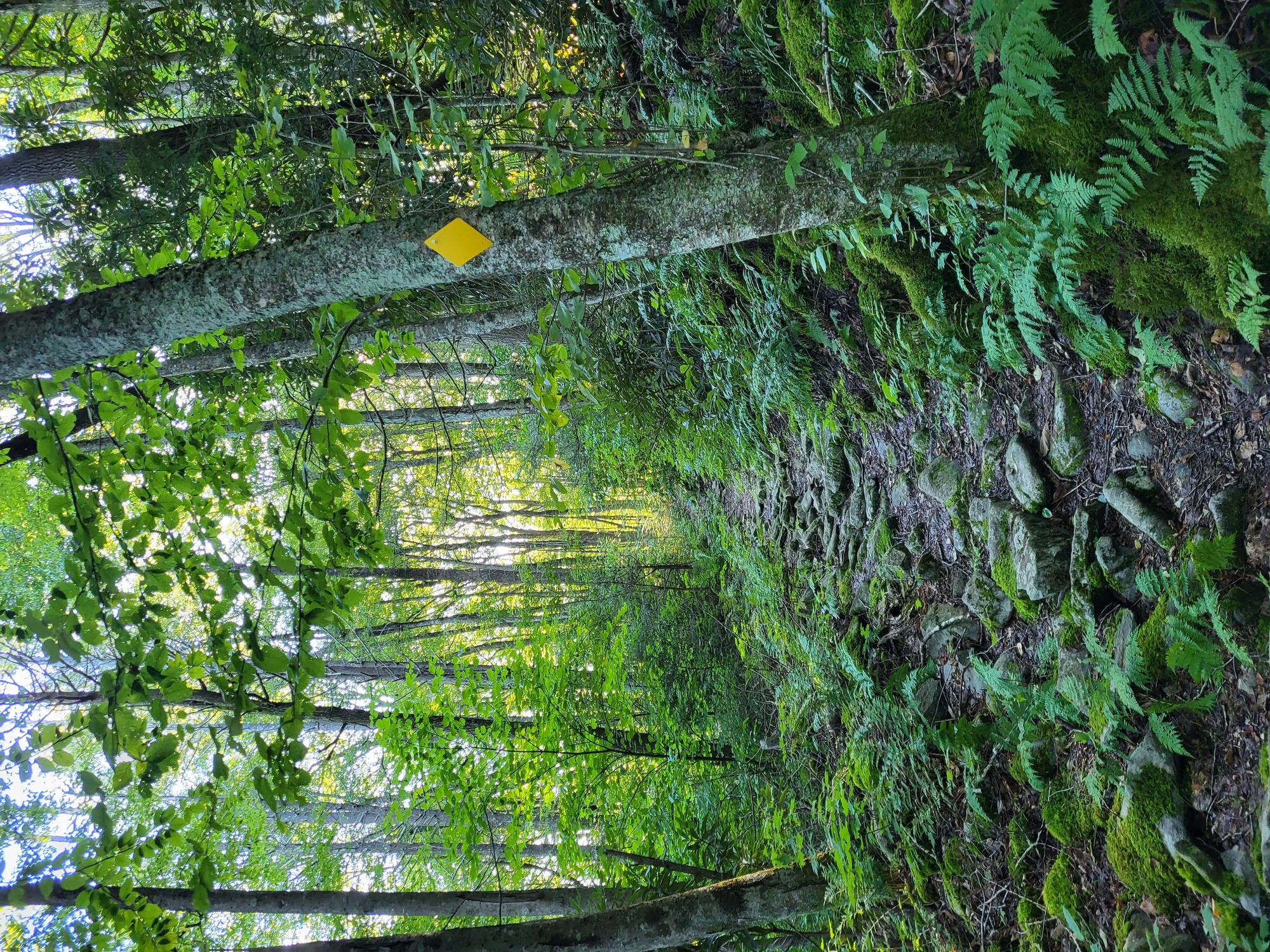 The final 22 miles of your journey will leave the Appalachian Trail behind and diverge to an unmarked forest road leading to Devil’s Creek Trail, Lost Cove Trail, and back to a gravel road. From there, the route descends from the mountains to the French Broad and continues on a road walk all the way back to Downtown Burnsville. Altogether, the Burnsville Connector comprises “3.7 miles of trail, 3.7 miles of gravel FS road, and 18 miles of paved secondary roads and/or sidewalks,” according to Pharr Davis.

Biggest Challenge: For a seasoned thru hiker nurturing a FarOut dependency, going from knowing everything possible about the trail ahead of you to working off a gpx track can be a frustrating experience. Thankfully, the Burnsville Connector is fairly straightforward so the biggest hang-up here is how comfortable you are not having all the information as readily available as you’re used to. 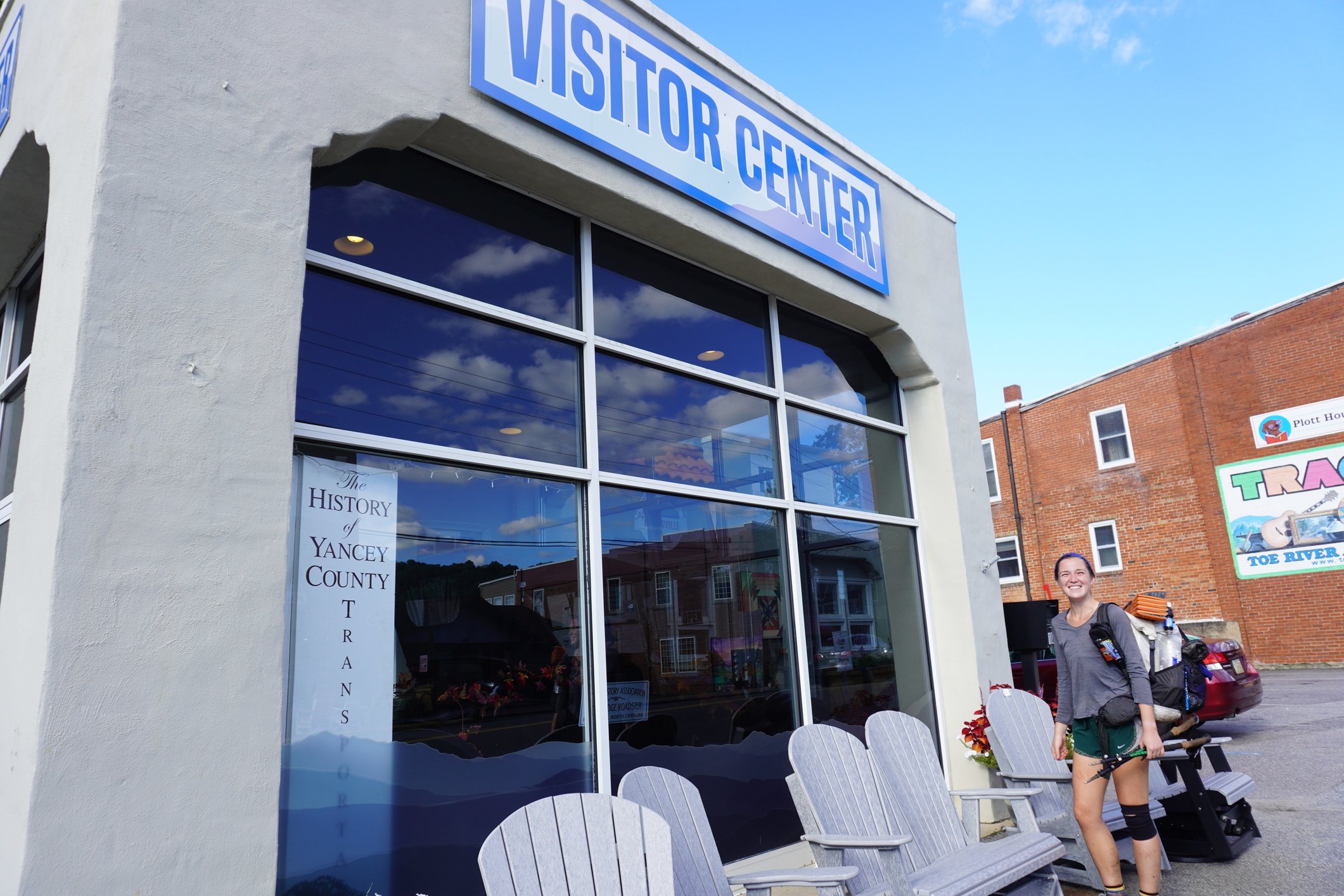 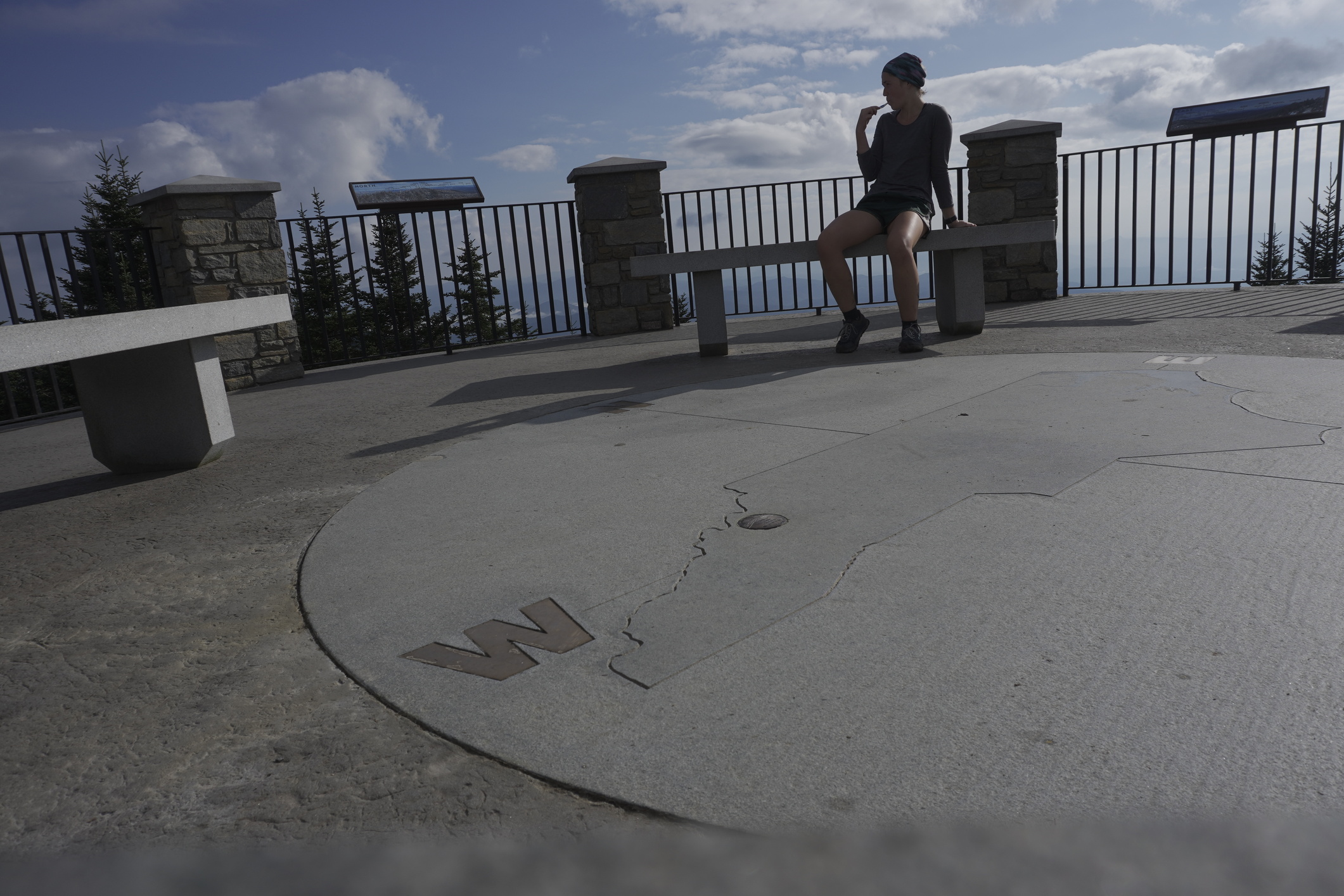 Description: Whether you’re tackling the AHR as a thru-hike or you’re a day hiker looking for a challenge, the Black Mountain Crest Trail is a gem in itself. Beginning with a gentle climb that criss-crosses bubbling Bolens Creek, the trail was covered in minerals that scratched my geology-obsessed brain in the perfect way. As I sorted blades of kyanite and books of muscovite, rolling the beauties around in my fingers, I was reminded of class trips I would take from UNC-Asheville to Burnsville to dig and search for treasures just years before.

After a strenuous climb, hikers leave the trees behind and ascend to the ridge below the first 6,000-footer of the AHR journey - Celo Knob (an optional ¼ scamper up to the summit is well worth it). From there, the trail becomes more technical and slow-moving as ropes and rebar give hikers a hand over the strenuous summits in their path. Hikers will encounter 5 more 6,000 foot peaks before reaching Mount Mitchell - the highest peak east of the Mississippi.

Biggest Challenge: Though the BMCT has similar challenges to the Burnsville Connector in that I was working off a gpx track, it also had a helpful guide that gave me a mental crutch when planning my days. The main challenge of this section (albeit short) was working with legs that were not ready for what I was about to put them through my first day on trail. 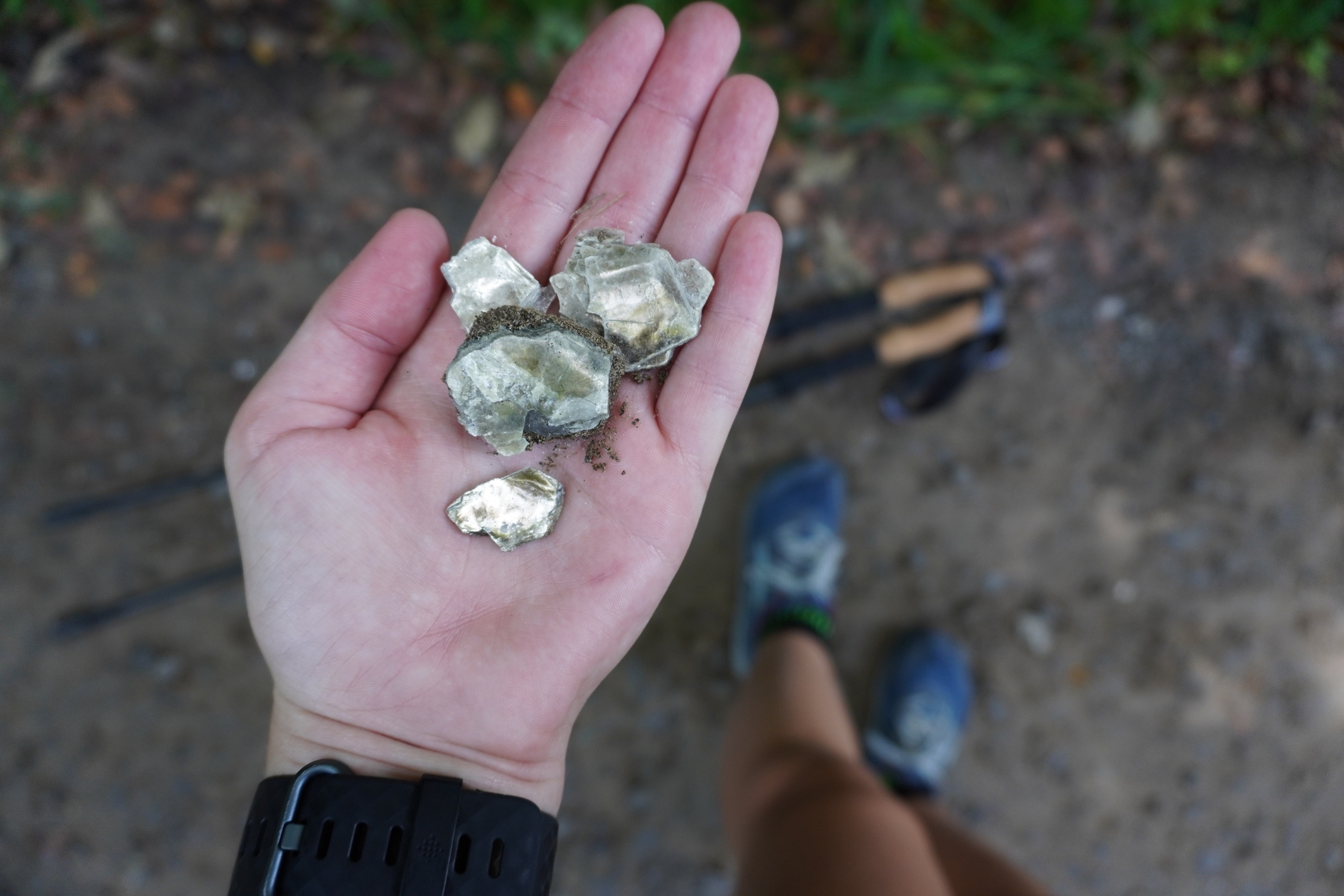 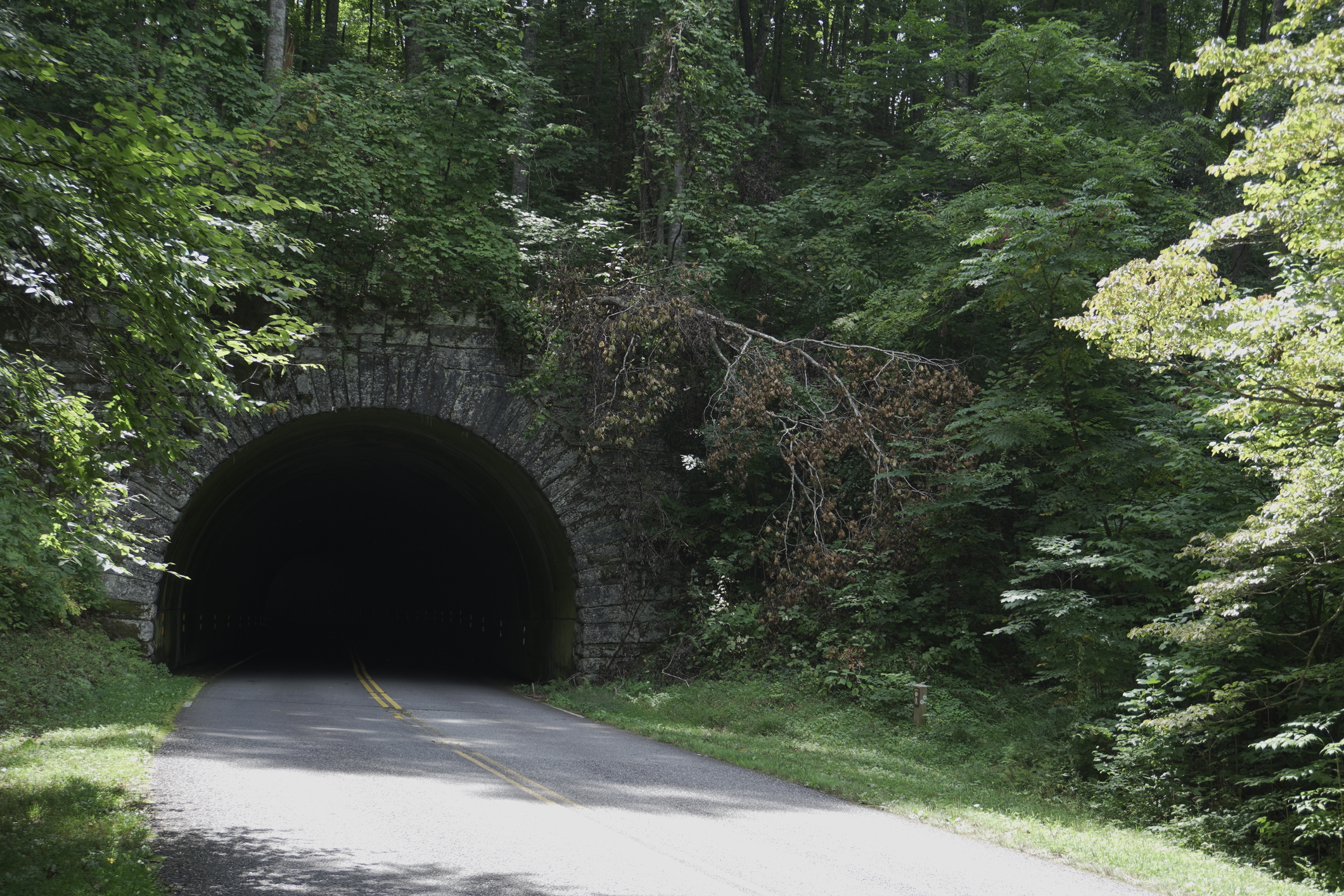 Description: The Mountains-To-Sea Trail is a 1,100-mile trail that, true to its name, runs all the way from the highest point on the AT to the coast of North Carolina. The Appalachian High Route occupies the first 3 segments of the trail beginning at Clingman’s Dome, and the guides provided by Friends of the MST were invaluable for planning water sources, designated camping areas, elevation profiles, and more.

The MST follows the iconic Blue Ridge Parkway for most of its miles through the Appalachians until entering the Great Smoky Mountains National Park, which is great news for overlook-loving, trail magic-manifesting thru-hikers like myself. Several times I was offered snacks or water from early leaf-peepers - but I wouldn’t count on this strategy. As accessible as the MST is, it was also incredibly solitary and I frequently went days without seeing a soul on this trip. If that’s the kind of thru-hike your mental state is craving, make the southern Appalachians in September your next destination.

Biggest Challenge: Despite the best efforts of the Friends of the MST, the inaccuracy of the listed water sources caused by a drier-than-usual summer were unavoidable. The real challenge of this section was camping in designated areas. When I began connecting the dots between the areas of the MST where camping is allowed, my itinerary formed itself from the options available. My first 4 days on trail were some of the biggest pushes of my trip out of necessity, and that’s not always the best way to hit the trail. 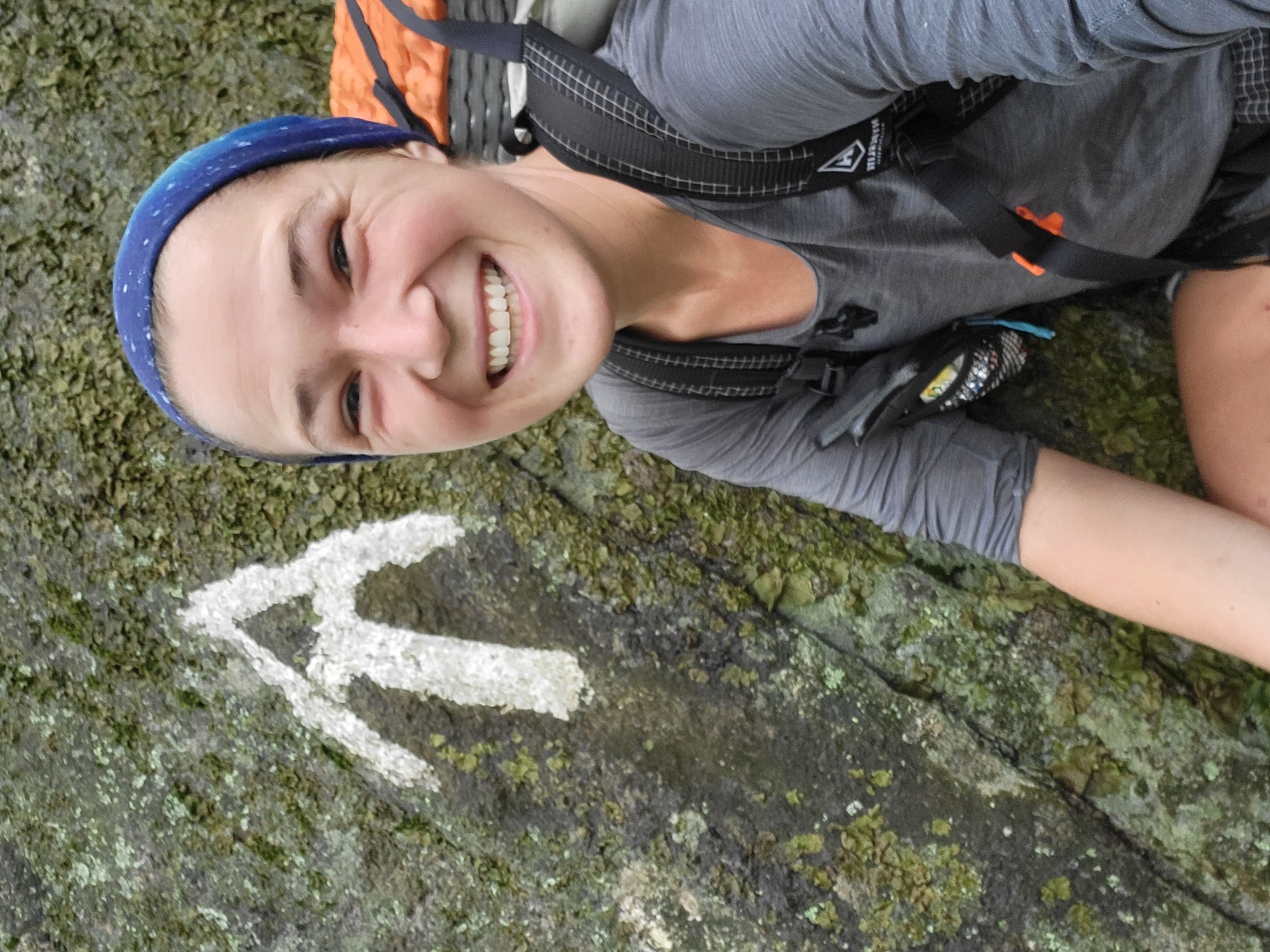 Description: The AHR follows the Appalachian Trail from Fork Ridge Trail (NOBO mm 203) to Spivey Gap (NOBO mm 333). An optional addition for all you blue-blaze lovers is once you’ve connected with the trail from the MST, immediately head south 3 miles to climb up to the highest point on the AT, Clingman’s Dome. Even with a cloudy day (and a tourist interaction that involved mistaking my bear canister for a donation jar) I can’t recommend it enough. 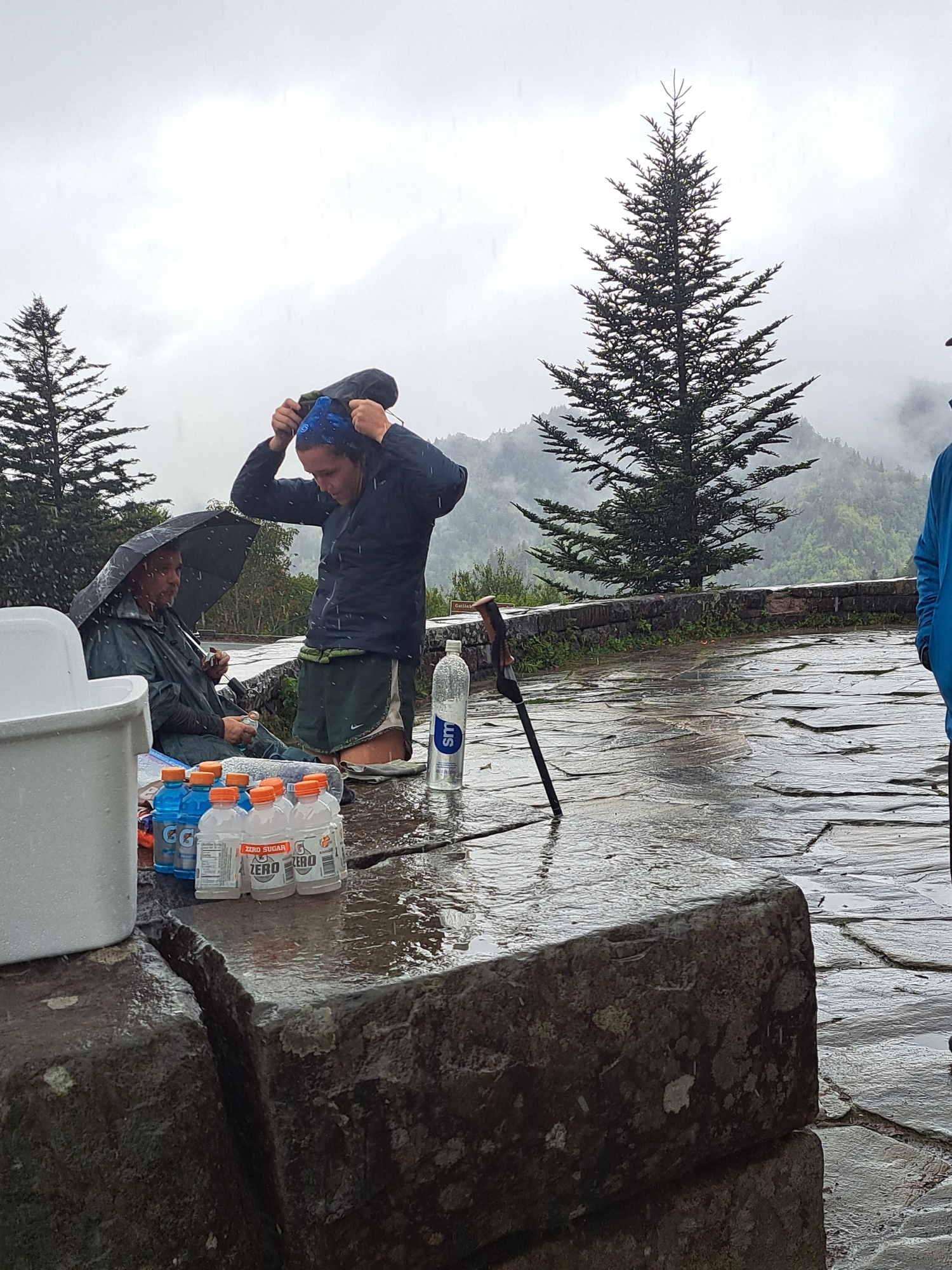 After exiting the Great Smoky Mountains National Park (and a chance for hikers to rest up at Standing Bear Hostel NOBO mm 241.5) the AT traverses several gorgeous grassy balds of the southern Appalachians. Though I spent every night on the AT in a shelter, I had several entirely to myself as September was too early for SOBOs and far too late for NOBOs. The many families of mice (and a single enormous rat) that had long forgotten to associate humans with risk and instead saw me as a walking restaurant were decent enough company. 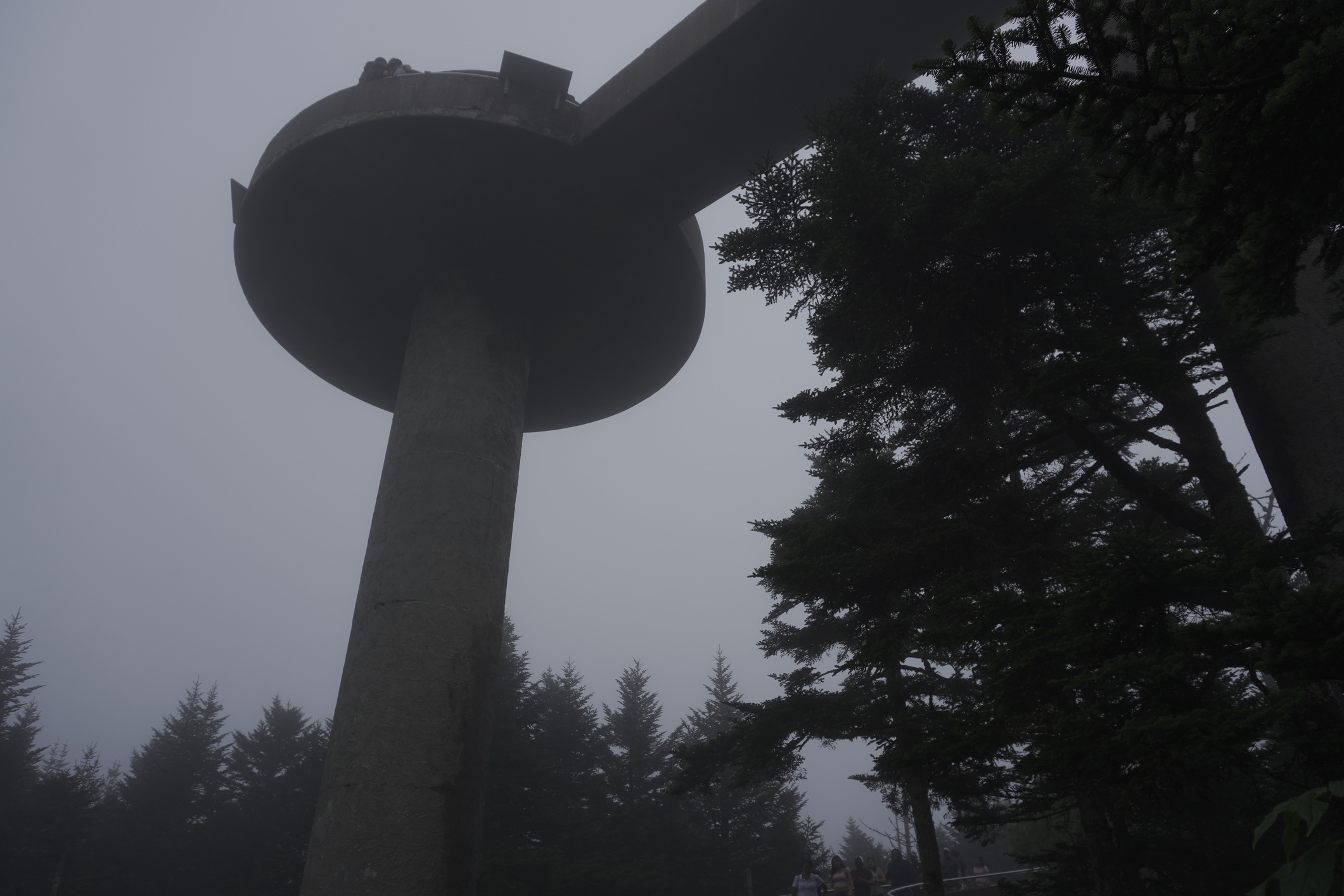 Biggest Challenge: The Great Smoky Mountains National Park has become infamous among thru-hikers for its… characteristic weather. That being said, my tent didn’t dry from the day I entered the park until the end of my hike a week and a half later. I was fortunate in September to experience temperatures only dipping into the mid-50s at night, but you may not be so lucky if you’re planning this trek any later in the season or before summer of next year. Be prepared, move slowly, and don’t push yourself too hard through this section, or you may find yourself at the end of your hike.

Check out Oat's gear list for this route HERE!

Katie "Oats" Houston (she/her) is a freelance outdoor writer and content creator based in Austin, TX. After being bit by the thru hiking bug in 2019 on the Appalachian Trail, Katie has since got the Colorado Trail and Lone Star Hiking Trail under her belt with a bucket list of many, many more in her future. She enjoys any opportunity to write about her adventures, good trail ethics, and trail stewardship and currently works as the Social Media Lead for The Trek. Check out her adventures with Thru the husky on her website and Instagram.