GETTING IN TUNE WITH THE UNBOUND 40 PACK: TRIP TALES FROM A GEAR TESTER

I was standing in the middle of the Dry Creek Wilderness area, looking at a bone dry stream bed labeled “Dead Horse Spring” on the map. I began to giggle to myself in a way that probably would have sounded unhinged if there had been anyone around to hear it. Fifty miles of Oregon High Desert stood between me and Highway 20, and there was definitely nobody around to join in my laughter.

I wasn’t actually laughing at the dry spring that left nothing to the imagination about what had killed the horse, rather my thoughts had drifted back to an email conversation with Josh at HMG about the pack I was testing, centering on its intended use for thru hikers with its multiple easy access storage pockets, suggested max load carry, and maybe not to do anything “too crazy” with it.

So of course, I took the pack out for a nine day no resupply packrafting trip in a part of the country where there are long trails, but they aren’t made by humans. I’m an excellent navigator, but I’m terrible with directions. I did shoot him a picture of my gear before taking off, an email enthusiastically titled “IT FITS!”. 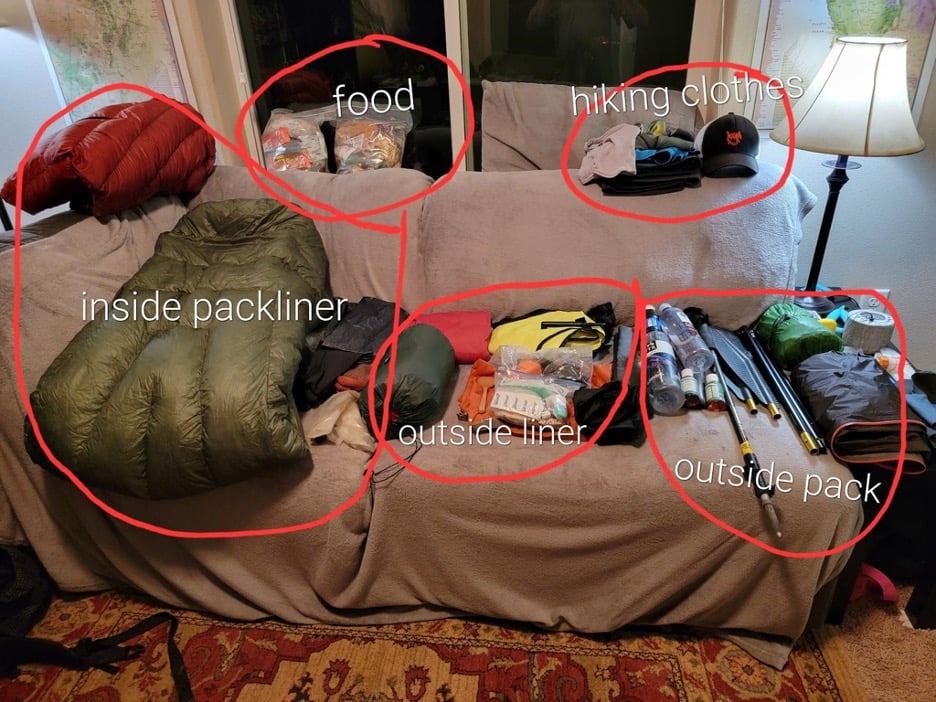 There are compromises to be made on an endeavor like this when using a 40 liter pack: I used my raft as my groundsheet at night, and the pack did double duty as the bottom half of my sleeping pad. Still, nine days of food and rafting gear pushed my starting weight into the mid 30s with water. Combined with demanding terrain of rough rock, scratchy vegetation, and water from above and below, and big water carries when there just wasn’t any water at all, the pack got quite the workout. 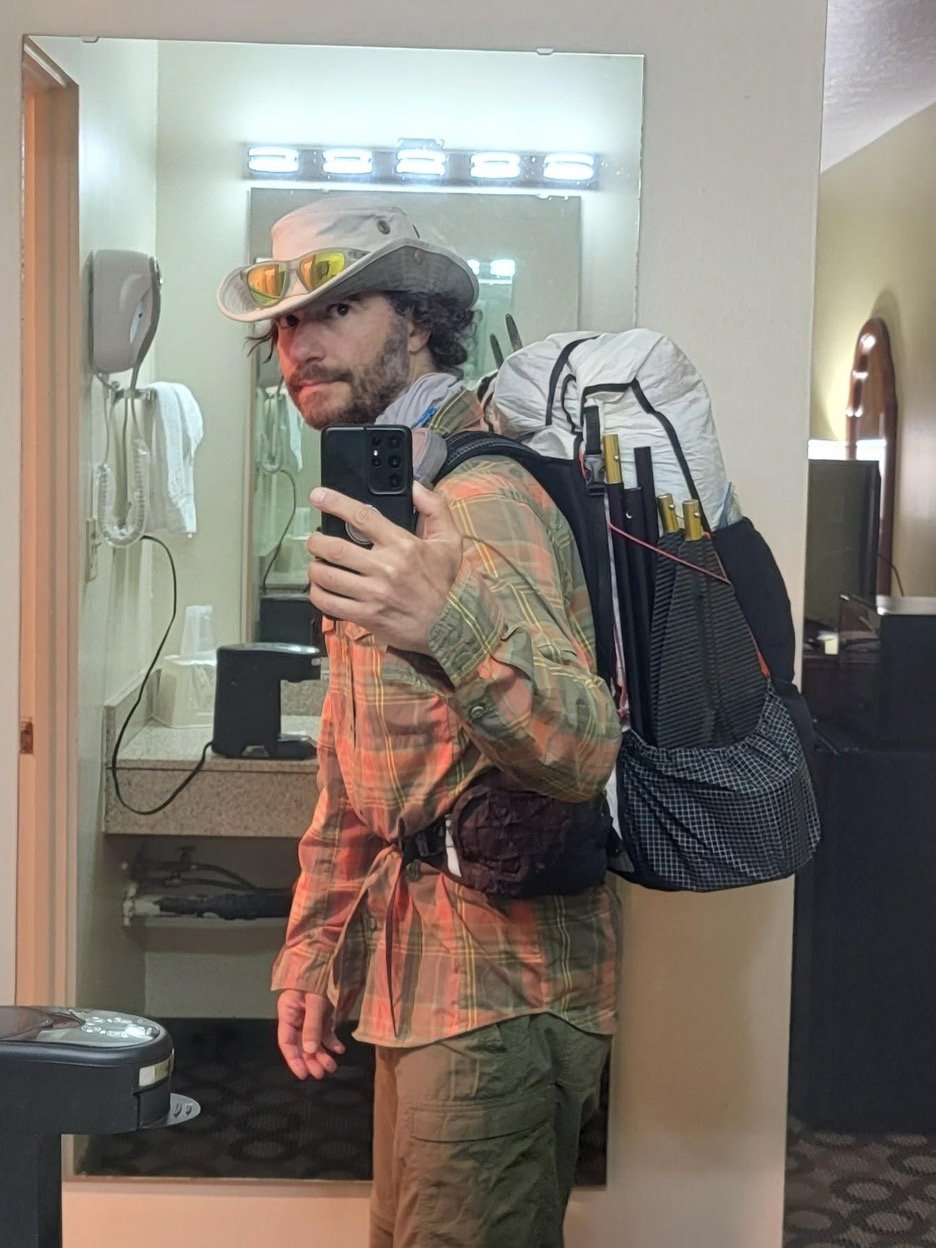 All packed up and ready for nine days of mayhem

UNDER THE WATER, CARRY THE WATER

Although paddling on flat water, I had hours of splashing the wet off my oars and onto my pack for several days of the trip. Water fell from the sky, first as rain, then as hail, then as snow. I stood chest high in water wading through the Dry Creek Gorge narrows. Through all this almost no water made its way into the pack, especially impressive considering the extended immersion while wading the narrows. 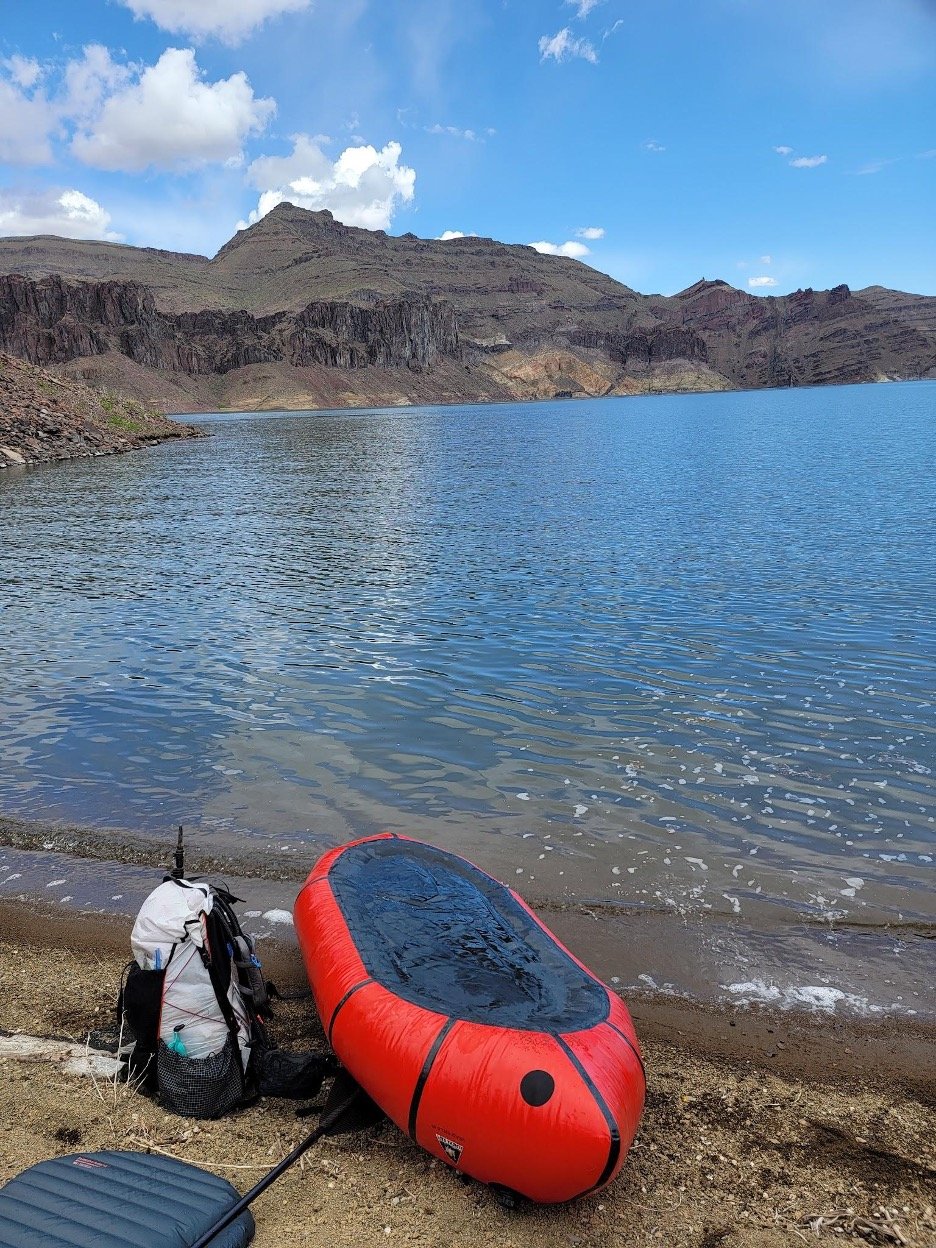 Prelaunch sequence at the Owyhee Reservoir 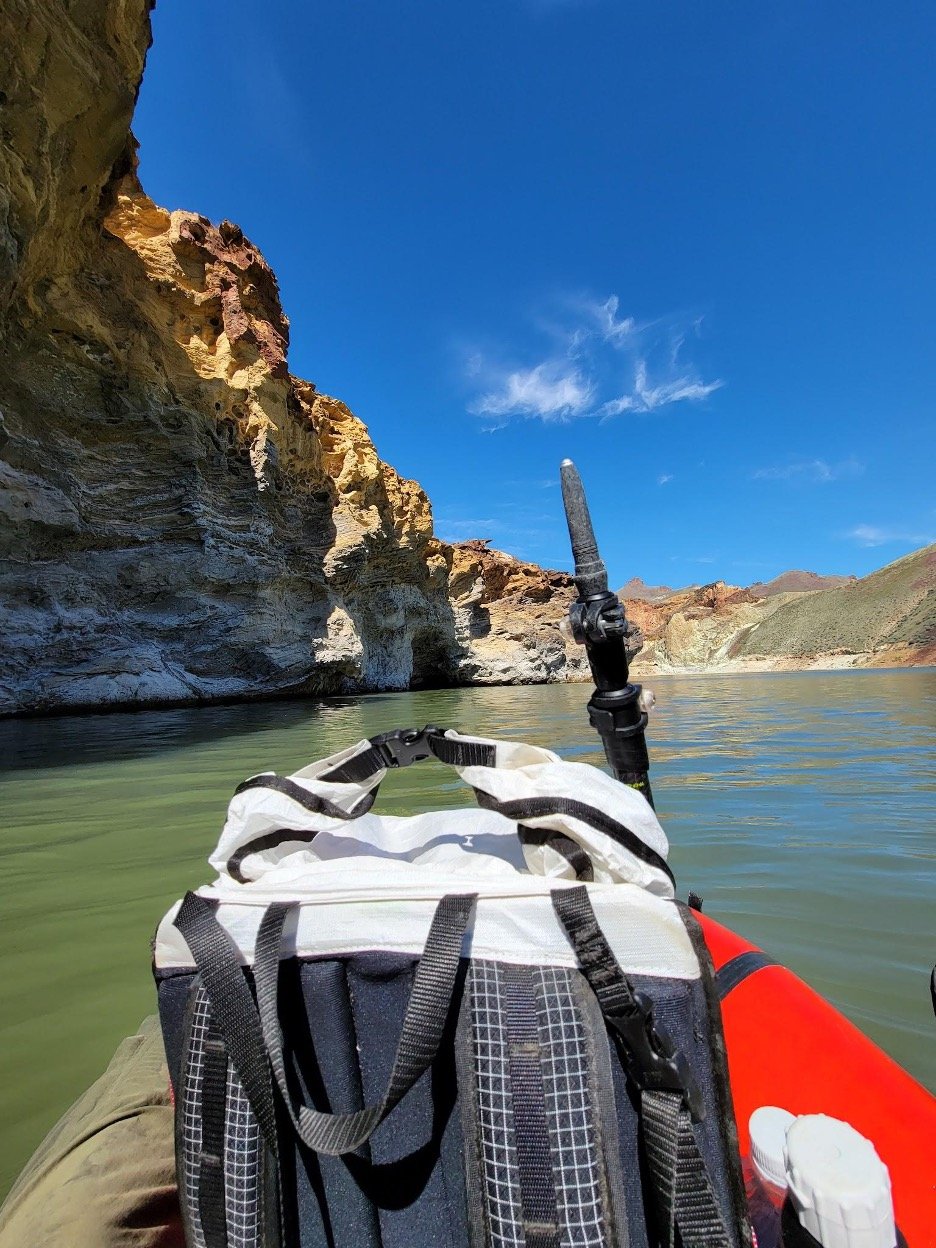 Paddling under the sandstone cliffs 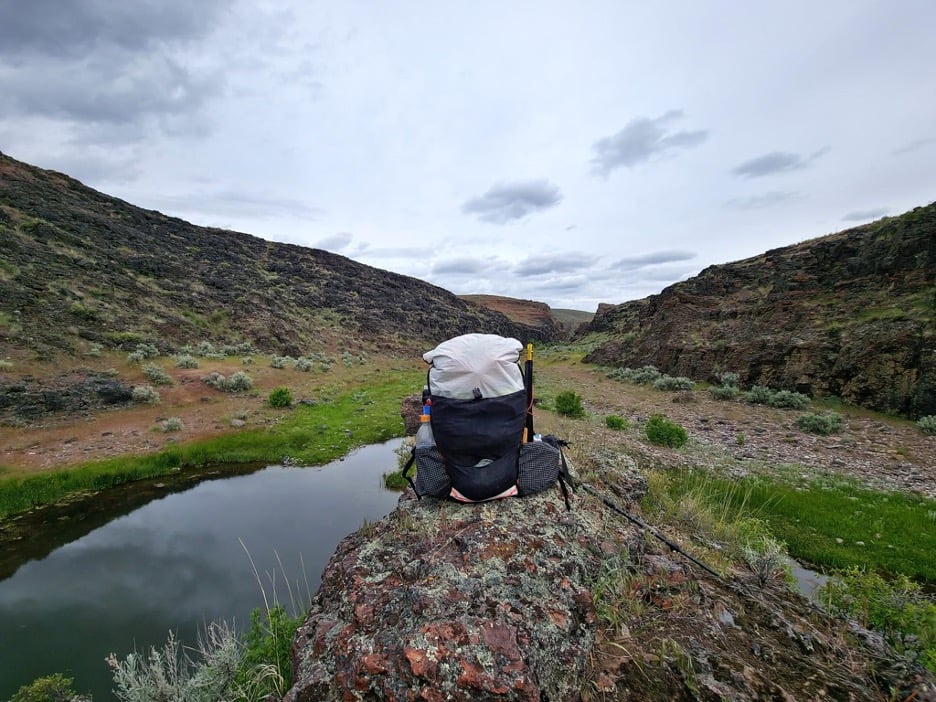 FOR THOSE ABOUT TO ROCK

I paddled south along the Owyhee Reservoir to start my trip, running roughly parallel to the Oregon Desert Trail, but with the goal of seeing as many side canyons as I could that the ODT doesn’t fully explore. This led to some moments particularly good for testing pack construction, as I climbed/slid/squeezed/crawled/fell/flailed/Wiley coyoted over a lot of unforgiving rock. Having a pack stuffed to the gills in the mesh and side pockets added to the punishment it would take. 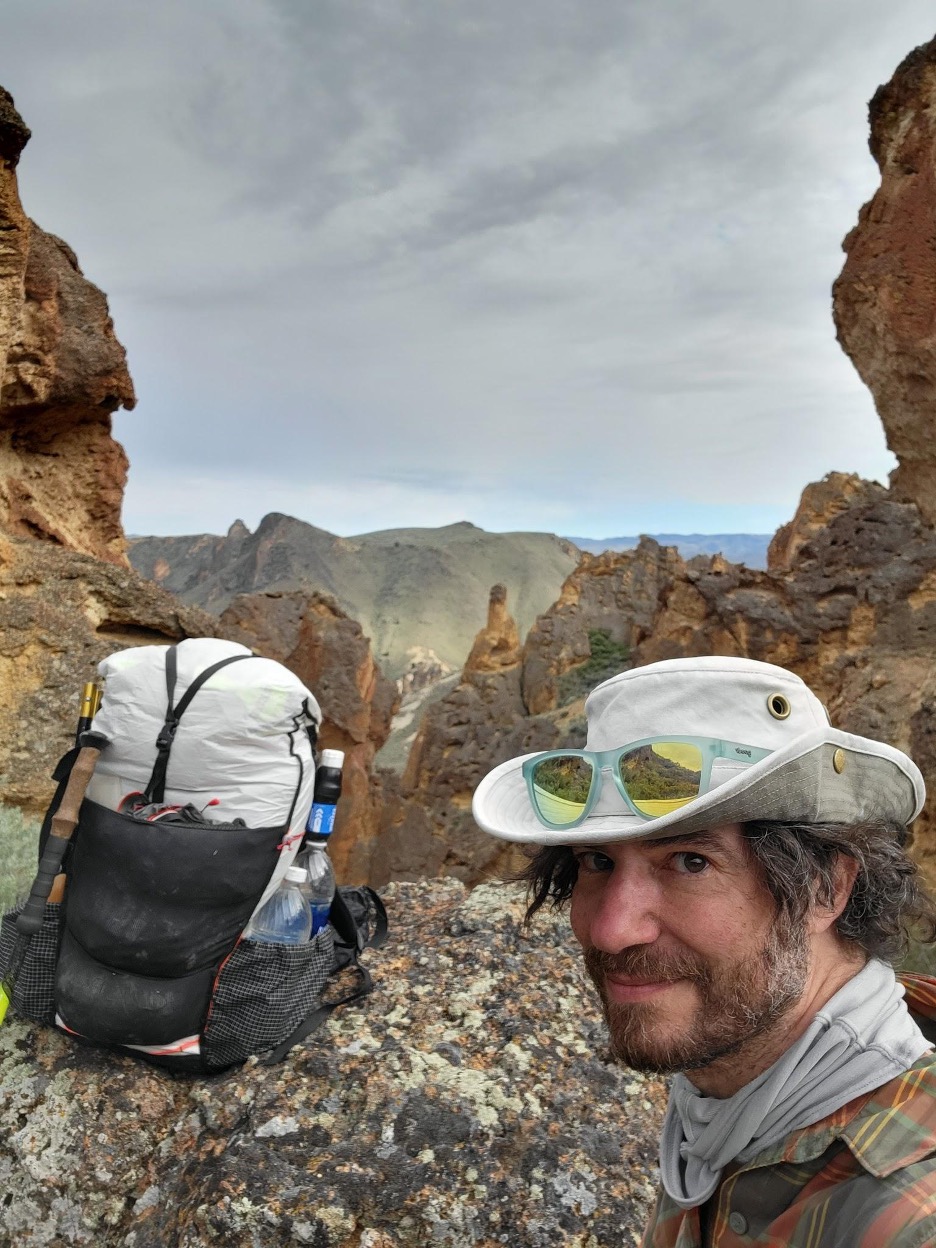 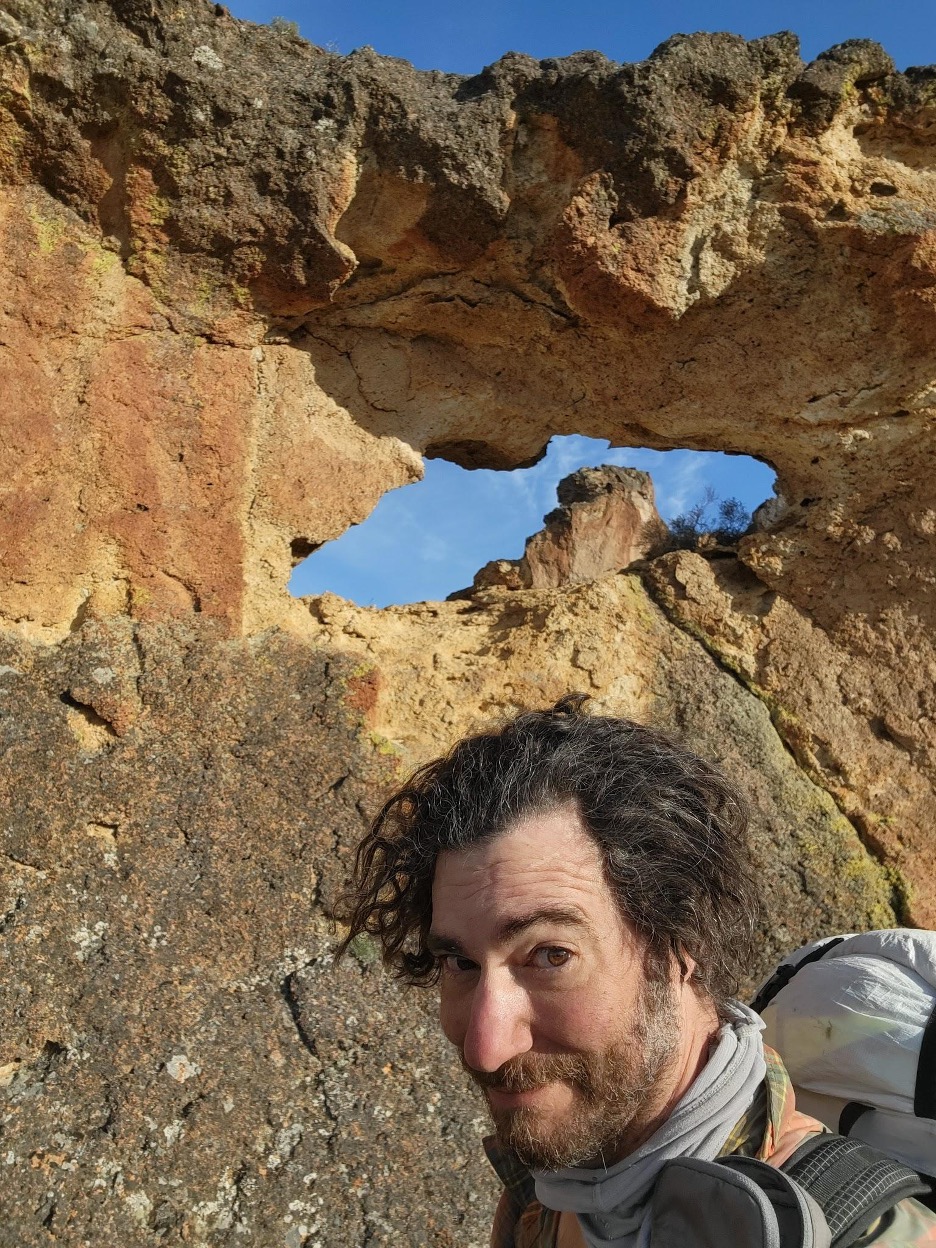 Yes, I’m about to climb through that 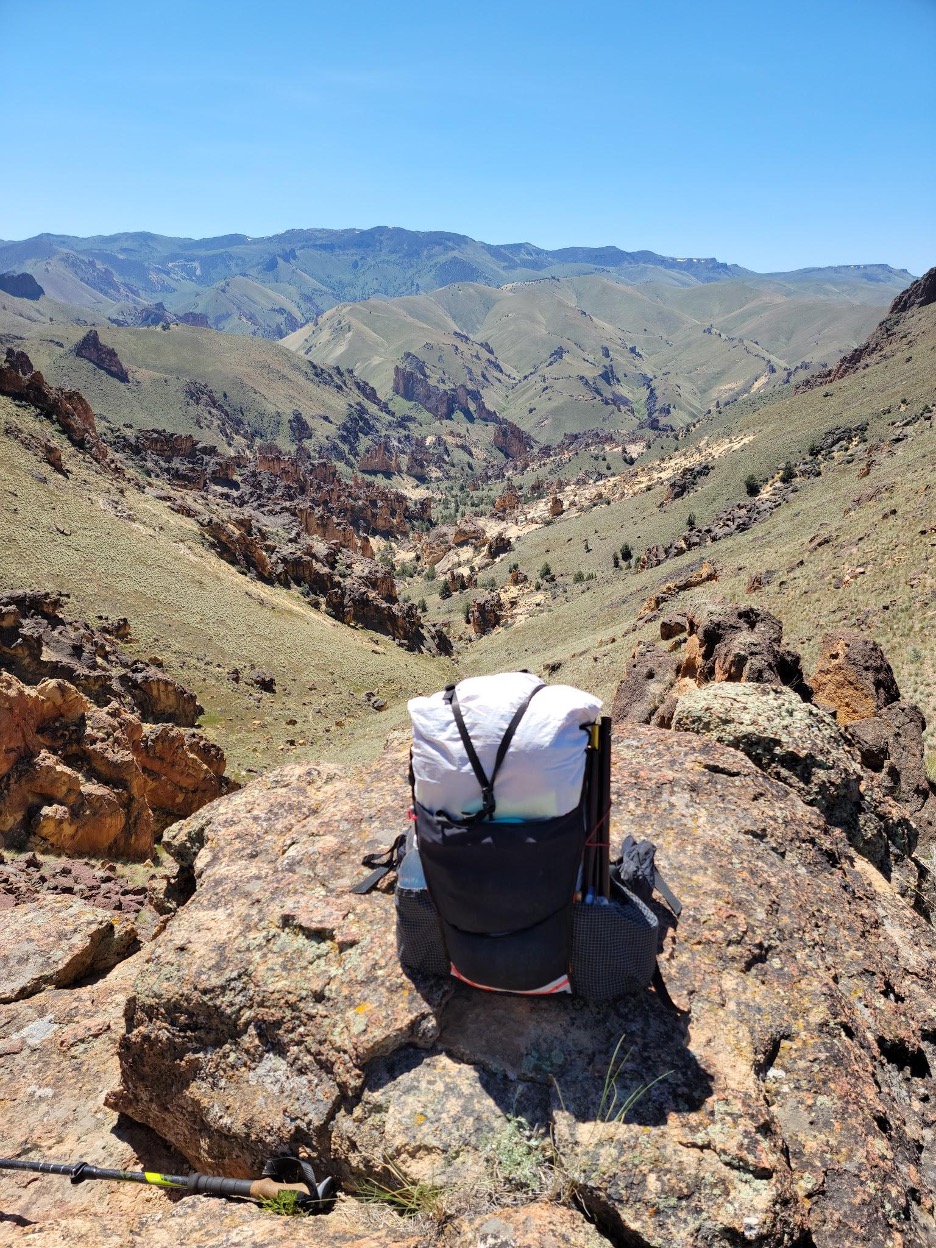 Preparing to drop into Leslie Gulch

LONG AS I CAN SEE THE LIGHT

Exploring side canyons has its charms, but it often comes along with some dense schwacking where the sky can disappear from sight in the midst of dense brush. Next level pack torture achieved! 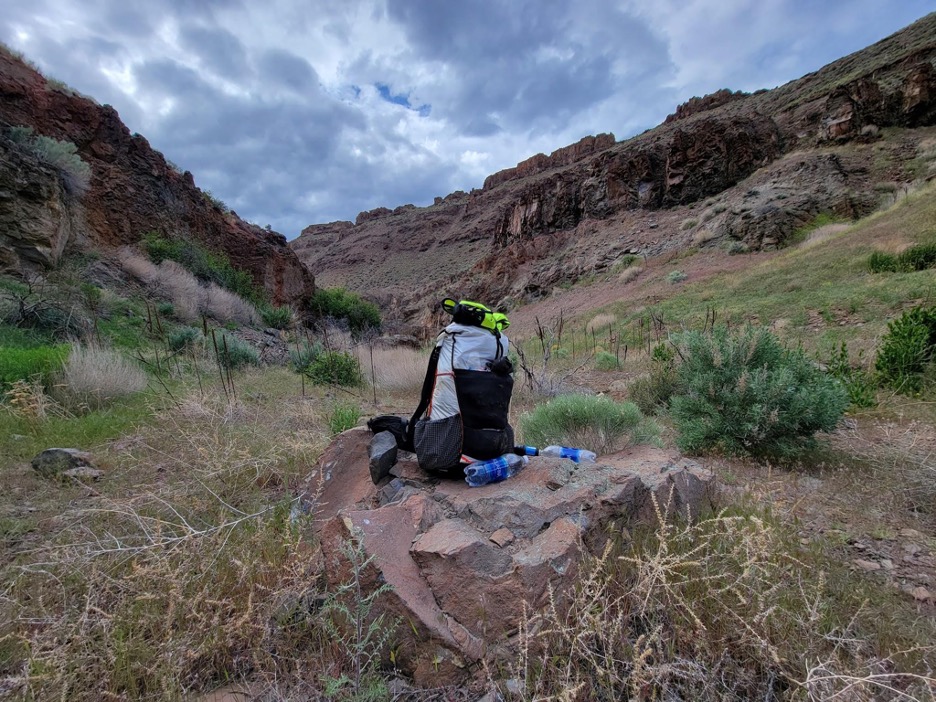 Packing up in the morning, deciding whether to blunder through the water or the brush

YOU WANT IT STRAIGHT FROM THE HEART

This trip combined with some other spring rambles gave me plenty of fodder to comment on all the things that go into a pack like this: the back panel padding, the frame, the hipbelt, the mesh, the attachment points, the compression, and how it all works together. On the whole I was pleased and excited to see what the future production model would refine and make available to other hikers. 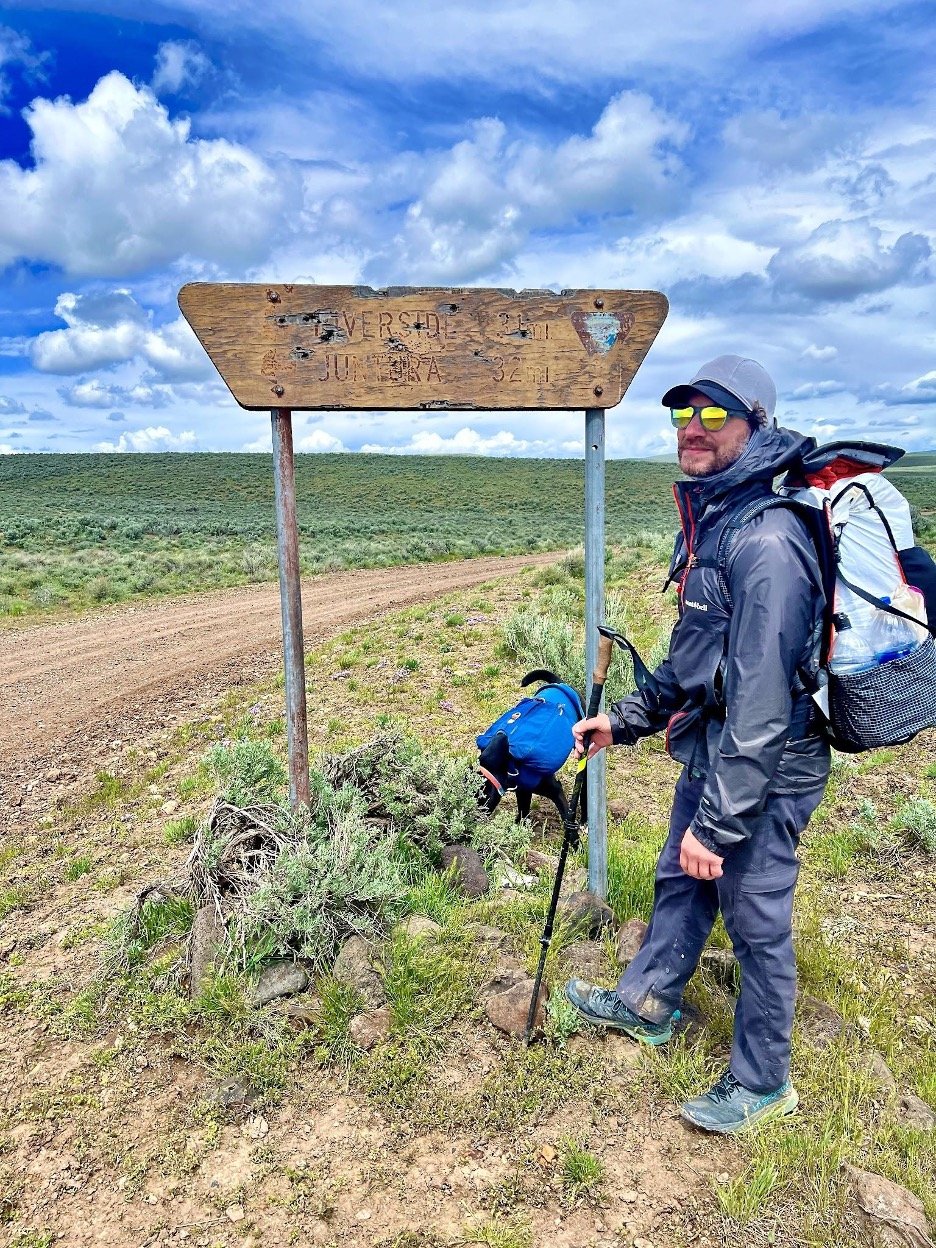