PUT YOUR SHOULDER TO THE TRAIL: JEFF GARMIRE AND THE POWER OF COMMITMENT 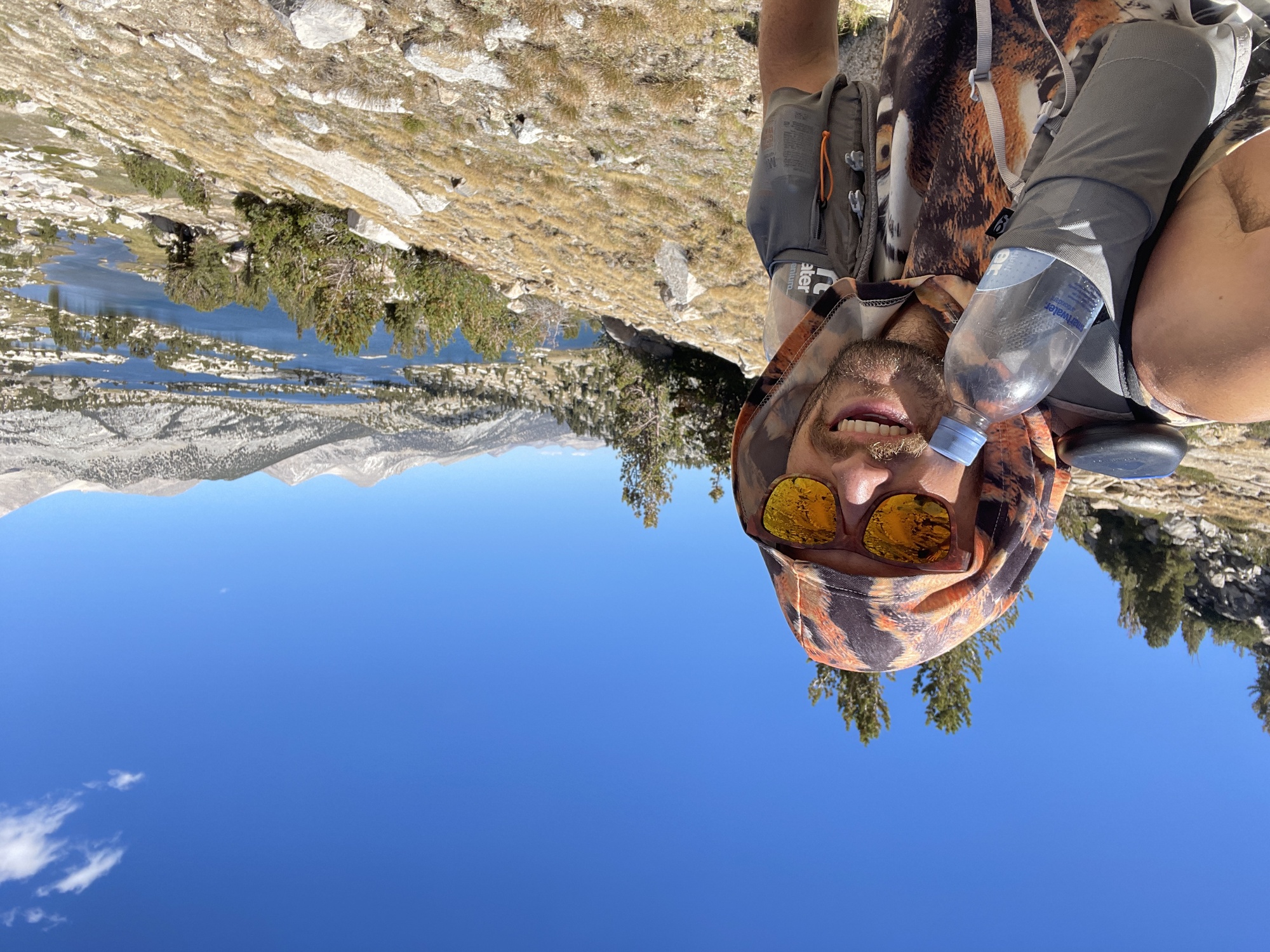 How do you decide to do something big? What if you fail? What if you can't pull it off in the end? What if the passion leaves you?

IS THERE A WAY TO COMBAT DOUBT AND WORK THROUGH IT?

There are so many questions that surround big efforts, adventures, and the commitment to going after them. I have had the luxury of being able to chase many trail goals, but that doesn't mean they all come easily. Often starting and committing is the most difficult part. For me, I have to dive right into something first and then figure out the steps to achieve it later. It is as if I have to hear myself commit to being all in before I can take the actions to be successful. Going after the John Muir Trail record was one of the biggest commitments to a goal I have made, and it scared me.

I first scouted the John Muir Trail with the intent of setting the Fastest Known Time in 2019. It was spring, and I simply wanted to backpack the route intentionally with an eye on how the terrain changed, sections where I could push the pace, and areas that would be especially difficult. I had the focus to put myself in the shoes of someone intensely going after the record and the intention of going after it myself in the near future. 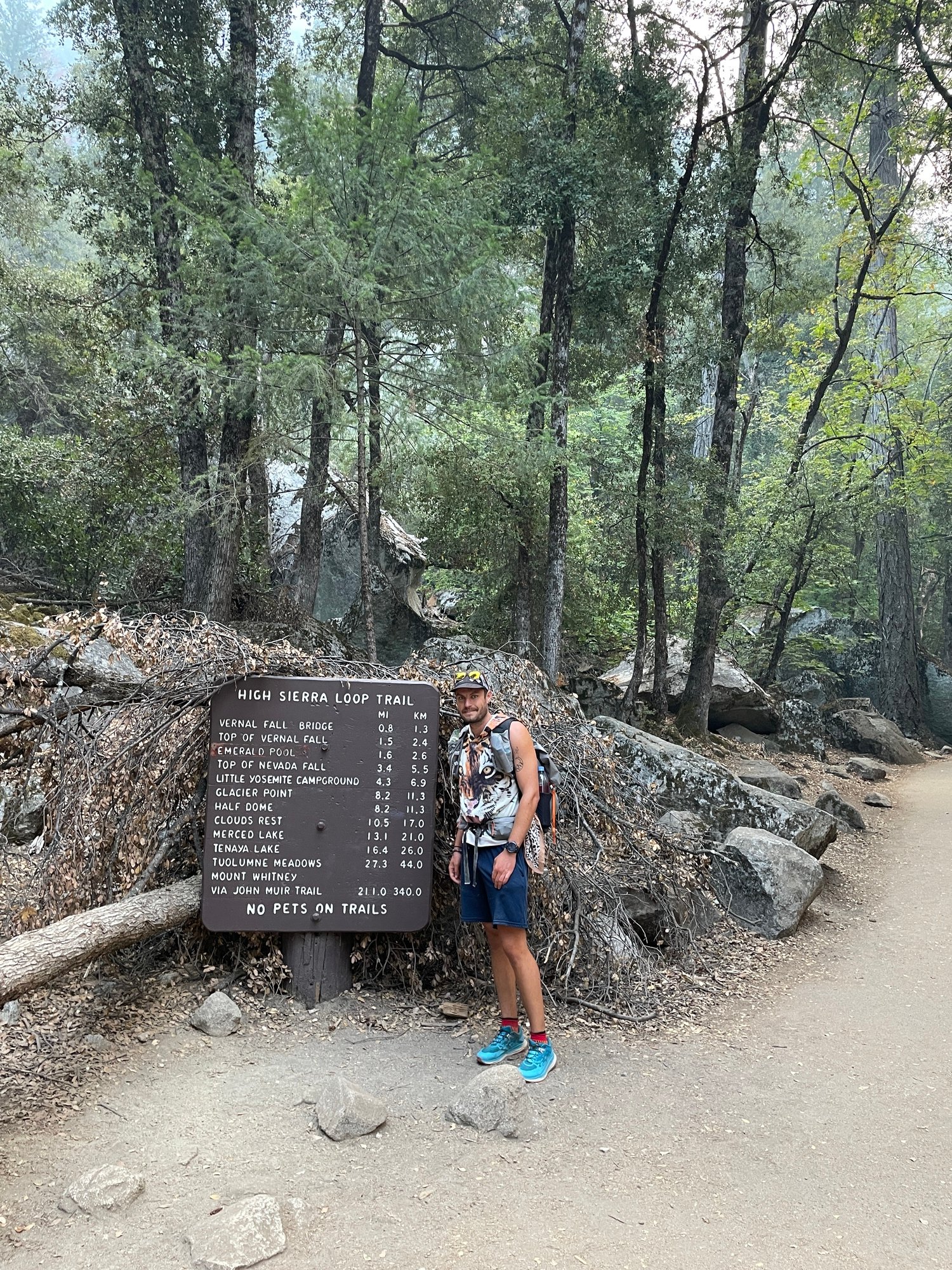 The passion and desire were there, but the confidence was lacking. Despite having other trail records and being successful at a similar style, something about the JMT and a record attempt scared me. I feared I would be a failure, my body would fail, and I could not possibly cover the terrain fast enough to set a record.

The term Fastest Known Time (FKT) originated on the John Muir Trail. Peter Bakwin and Buzz Burrel came up with the term to describe the current record time of a defined route, with just enough wiggle room to acknowledge someone may have done it faster in the pre-internet age.

There was history and intense competition for the record on the JMT. The movie "Unsupported" is about the history of Unsupported FKTs on the route. Ironically the director of the movie is my friend Jason Fitzpatrick, which made any thought of an attempt even scarier. 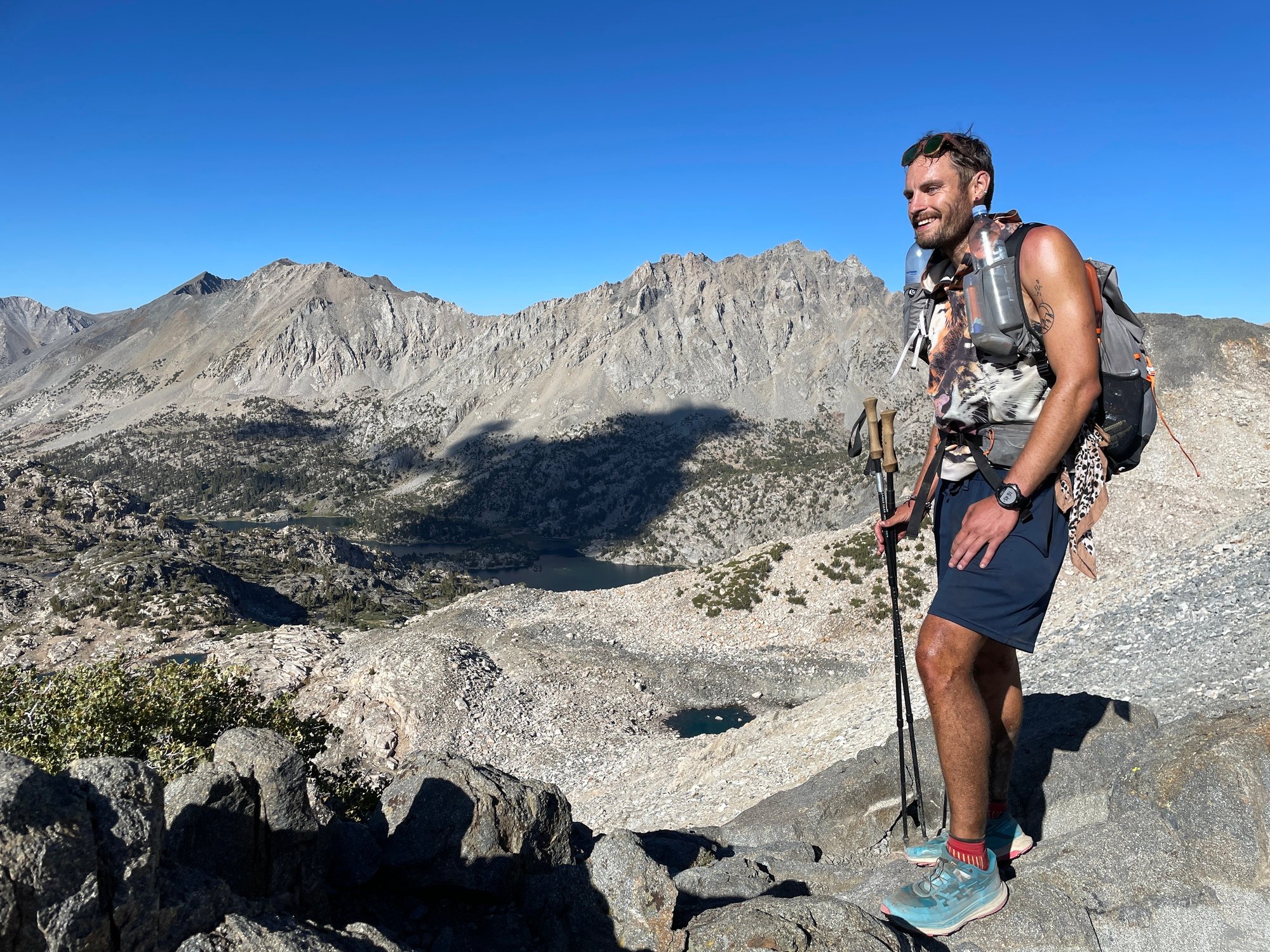 Many of the most well-known trail athletes had attempted the record. Whether it was imposter syndrome or valid doubt, I did not think I was ready for such a challenge. So, I found every possible reason to defer trying.

I let the 2019 season simply slip by without even an acknowledgment of the bucket list goal. In 2020 I used Covid as the reason for not attempting the JMT, despite chasing similar challenges like the Colorado Trail. 2021 was a year of transition (and other failed goals), and I mentally didn't feel up to such a big undertaking. Then suddenly, it was 2022. Three years had slipped by while ignoring something that constantly sat in the back of my mind.

This was the first time I had been scared off of an attempt for such a long stretch. Objectively there was nothing to lose, but mentally I couldn't wrap my head around the prospect of failure. Even my first thru hike at 20 years old was born out of a commitment just two weeks before leaving for the terminus. Planning, ruminating, and dreaming of the John Muir Trail for years only seemed to push the possibility of going for it further away.

BUT THIS WAS MY YEAR, AND I DID EVERYTHING I COULD TO COMMIT FULLY.

I wanted to go after the record all summer. I had a spreadsheet with some basic plans and micro goals that would give me a chance, but I never put those plans in motion. I teetered on the edge of committing but just couldn't quite get myself to go for it. I went as far as getting a permit two different times, only to cancel them again shortly thereafter. Something about it was just too intimidating. It was a mental block that I covered with physical excuses. Then the record got broken.

Joe McConaughy took three hours off the previous record, which lit a fire within me. It would require even more effort, drive, and determination, but I suddenly had it. I got a permit for the third time and told a couple of close friends that I was going after the FKT. Hearing myself say it out loud was the key. The doubt turned to motivation, and I was suddenly all in. 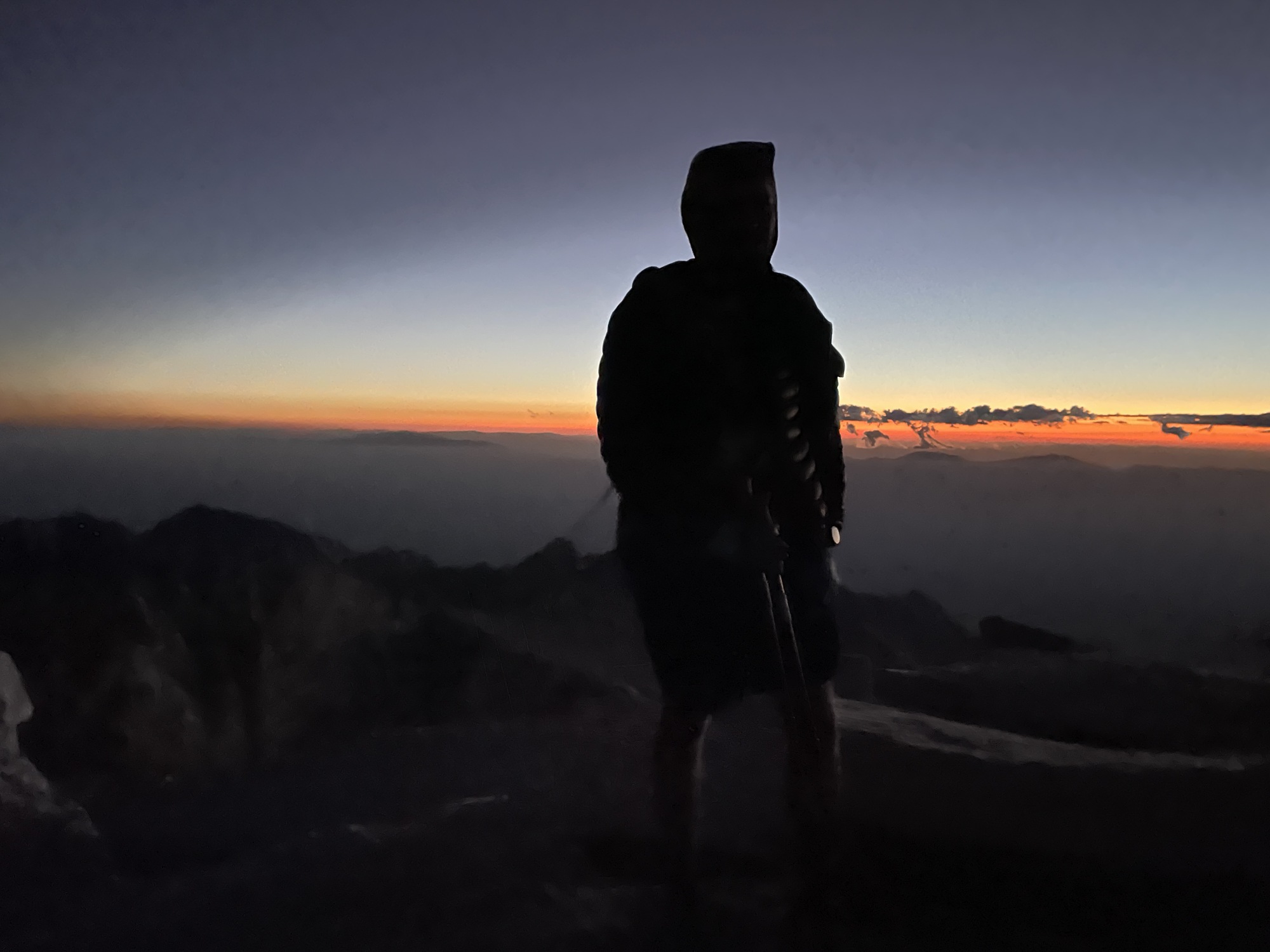 I didn't need to tell my friends, but they were the route through which I told myself. A dream became a goal which eventually became a plan. I drove out to California and felt more prepared than on any other record. I didn't know if I had the ability to set a new FKT, but I had the full confidence that I could put forth my best effort, and after three years of doubt, that was good enough for me.

I knew the power of committing for years, but I had to relearn what a true commitment felt like. All the motivation had to be from within. I have never been able to succeed at either a thru hike or a record attempt for the wrong reasons. In 2021 I failed at the Superior Hiking Trail because my heart wasn't in it, even though I tried to pretend it was. And in 2019, I made an attempt at Nolan's 14, but I wasn't in the headspace to enjoy the experience and the difficulty of the 100-mile route. I quit both of them without regrets. The John Muir Trail went differently. 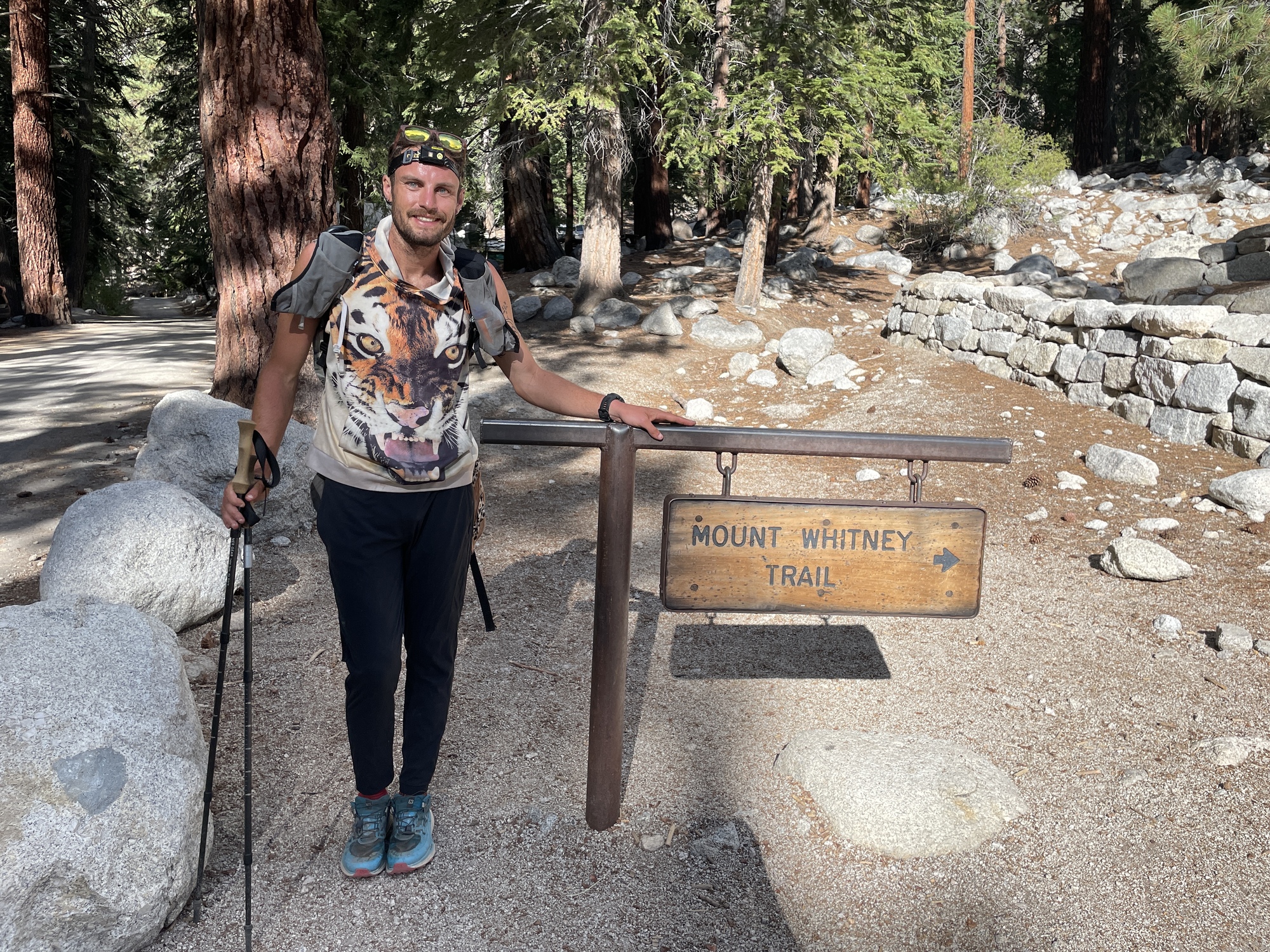 As with any trail, the highs and lows were massive along the 220-mile record attempt squeezed into three days, but the motivation and determination existed on a deeper level. As if for years, the true desire grew and was only waiting to be tapped into. The longest athletic goal of my life ended in success on a level that exceeds all others. It proved something that I'm sure I knew but had to acknowledge—finding the why and acting upon it is the strongest motivator, no matter how long it takes.