WHAT DEFINES A SUCCESSFUL ADVENTURE? LET’S TALK ABOUT UNFINISHED TRIPS

Words And Photos by Neil Irwin

“Well, that was an adventure!” We say it all the time, whether we’re talking about an expedition or trying to get a license renewed at the Department of Motor Vehicles. But there is often a tendency to feel like unfinished or unsuccessful trips don’t count as much as those accomplished in their entirety. These events can nag at you like few others! But we argue they’re invaluable learning opportunities, too. Neil and his friend Benn here set out to hike The Cape Wraith Trail in Scotland, and one thing after another fought them all the way. Check out his tale and takeaways and jump into the discussion to share some of your own misadventures–and what they taught you.

Plans. Itineraries. Whatever you want to call them. You have them to help make journeys more manageable. But it doesn't necessarily mean you'll always be able to stick to them.

Back in September 2021, my friend Benn and I decided to head off to Scotland to hike the Cape Wrath Trail. The trail is technically an unofficial route in Scotland, starting at Fort William and finishing up on the Northwestern point of mainland Scotland–Cape Wrath. Together, we'd haul our 4400 packs 200+ miles roughly over three weeks, stopping off at a couple of locations to resupply ourselves with food caches that we'd drop off along the way. 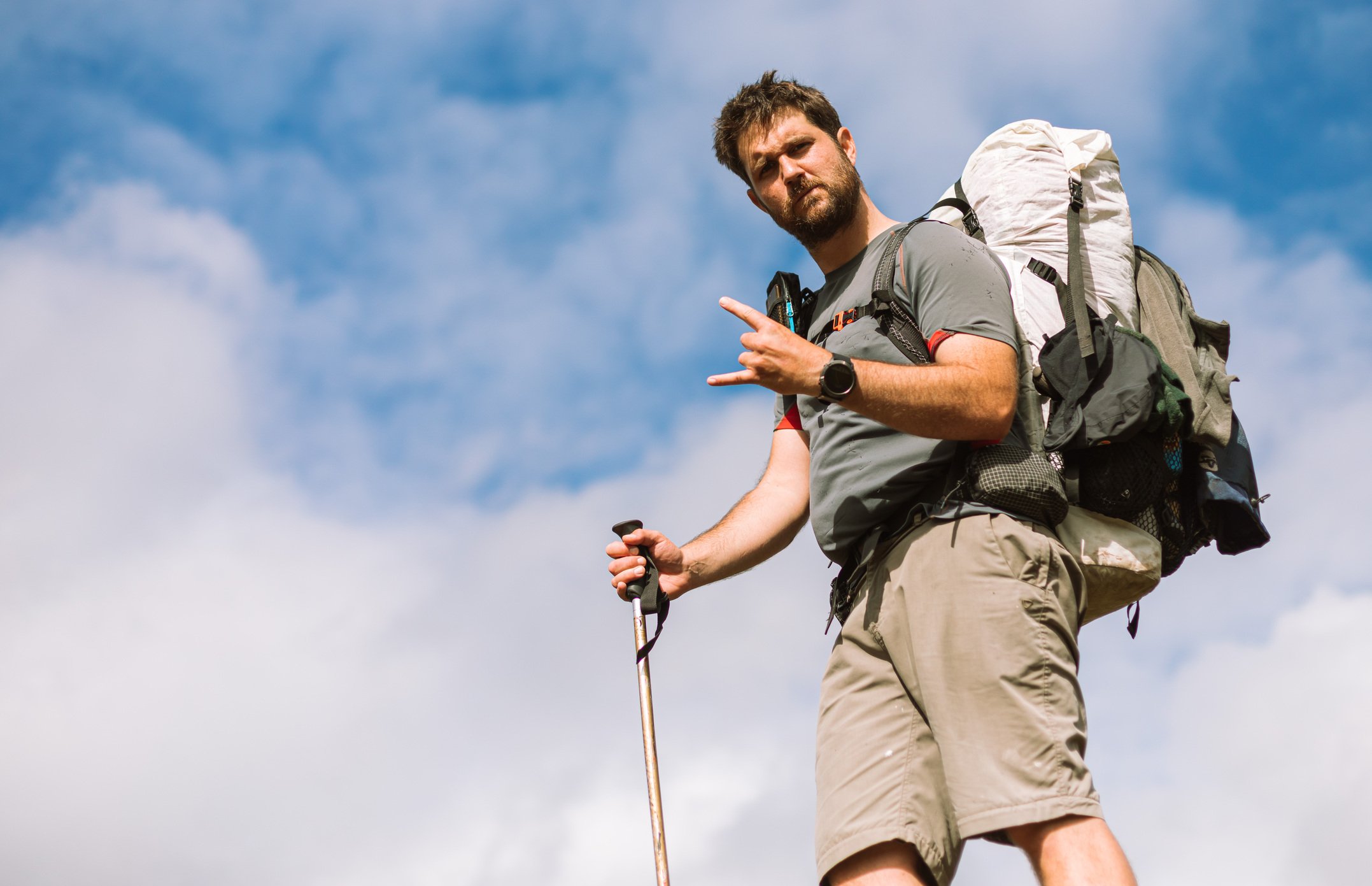 Now the hike is supposed to take approximately 21 days. I believe the fastest known finishes, or FKTs, range from about 12 to as low as three! That's no easy feat, given the terrain! (Why you'd want to plow on past such beautiful landscape is beyond me–but then, I like the more leisurely approach). I had planned to split the hike into three sections as suggested by the guidebook that illustrates some of the different routes, points of interest, and general terrain you'd be going over as you go. I figured it could take 21 days, excluding rest days, with all three legs taking seven days apiece. The first two legs would be fairly manageable, but leg three from Ullapool to Cape Wrath is the longest stint. Being overly optimistic, I figured seven days would be enough.

Now one interesting point about this route is that the final leg actually winds its way through a firing range. Yes, that's correct – a FIRING RANGE. There's an area around Cape Wrath that the Ministry of Defence can shut down for military exercises to take place as I understand it's one of few places if the only place in Europe where practices can take place by land, sea, and air. As such, this can affect timings for completing the hike, and it's not uncommon for hikers to fall short of the finish line due to the final stint being closed off. You can find out about the supposed days the area is closed off by calling a hotline, and there is also a chalkboard with dated closures next to a car park in Durness, the closest little town to Cape Wrath. 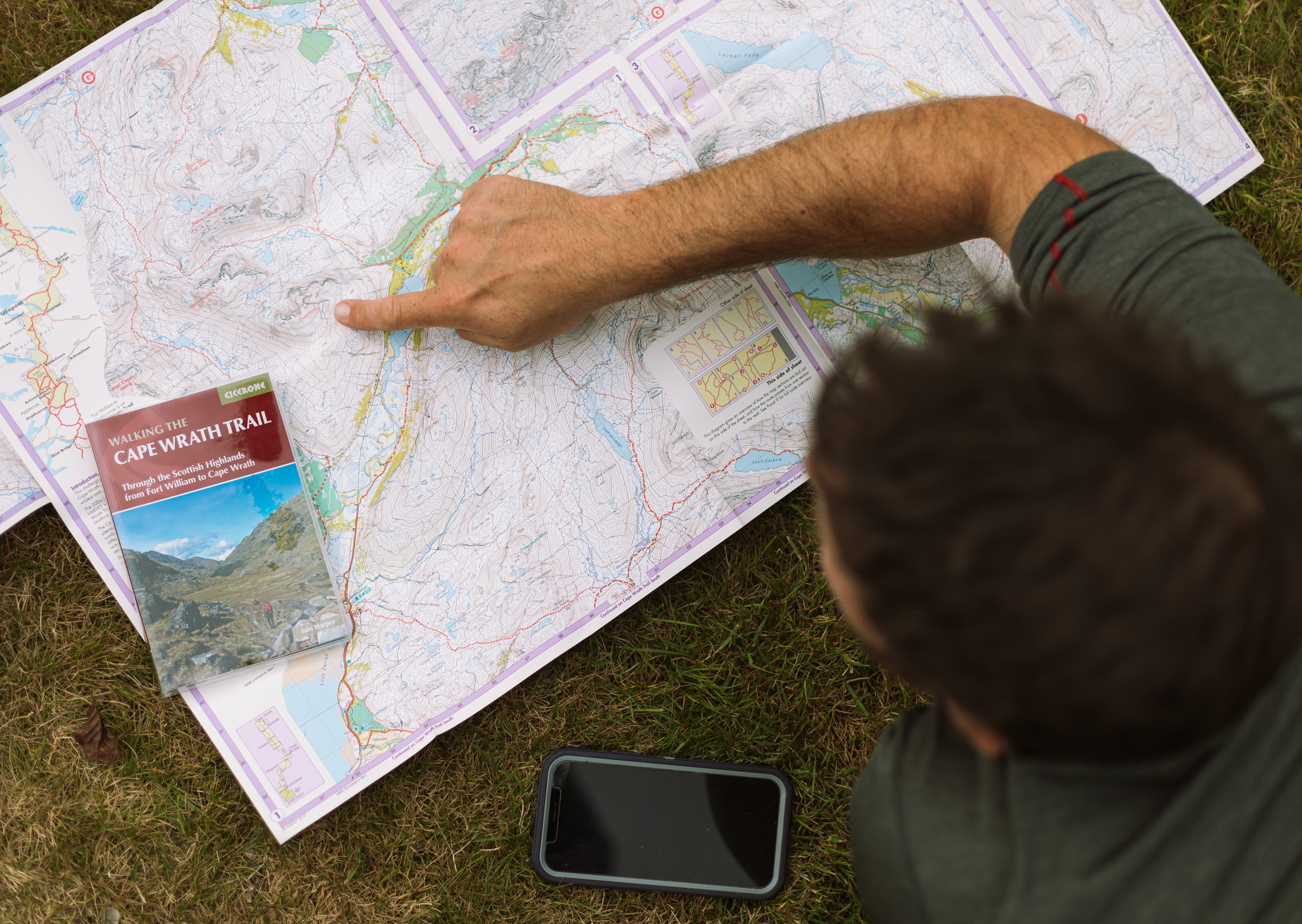 This is all well and good in theory, but if you've only got a certain time frame to hike the trail, you have no choice but to just go and see what happens. As it turned out for us (as we didn't call ahead and had a limited time frame anyway), the supposed dates when we would finish showed that the range would be in operation. Bit of a bummer, but we had heard that there could be days even when exercises are meant to happen that they don't, and you just need to call ahead and ask to see if you can walk through. Either way, we had no choice but to continue with our plan.

September is meant to be a good month for hiking. (Late March to April and September are good due to decent amounts of light, good temps, and few midges, which WILL become the bane of your trip in summer months – pesky little bastards!). Yet this is Scotland we're talking about, and the weather can always throw some curveballs. We had both glorious sunshine and miserable torrential rain during the first ten or so days. But this is all part and parcel of being a thru hiker, so you have to take the miserable days with the fun ones.

It soon became apparent halfway through week two that although our progress matched that of the guidebook, it became increasingly likely that it would take nine days to complete stage three. Even more so due to the many blisters I was acquiring, which seemed to worsen day by day. The rest days we would soon find out we needed were not originally factored into the trip, and Benn's timeline for new work projects soon became a restriction as well. Add to all this; it turned out that the firing range was meant to be in operation. Still, we lived in optimism and the hope we'd push on through. We passed others going the opposite direction, and they mentioned that although it's longer, it's much flatter compared to the previous two weeks heading South to North. 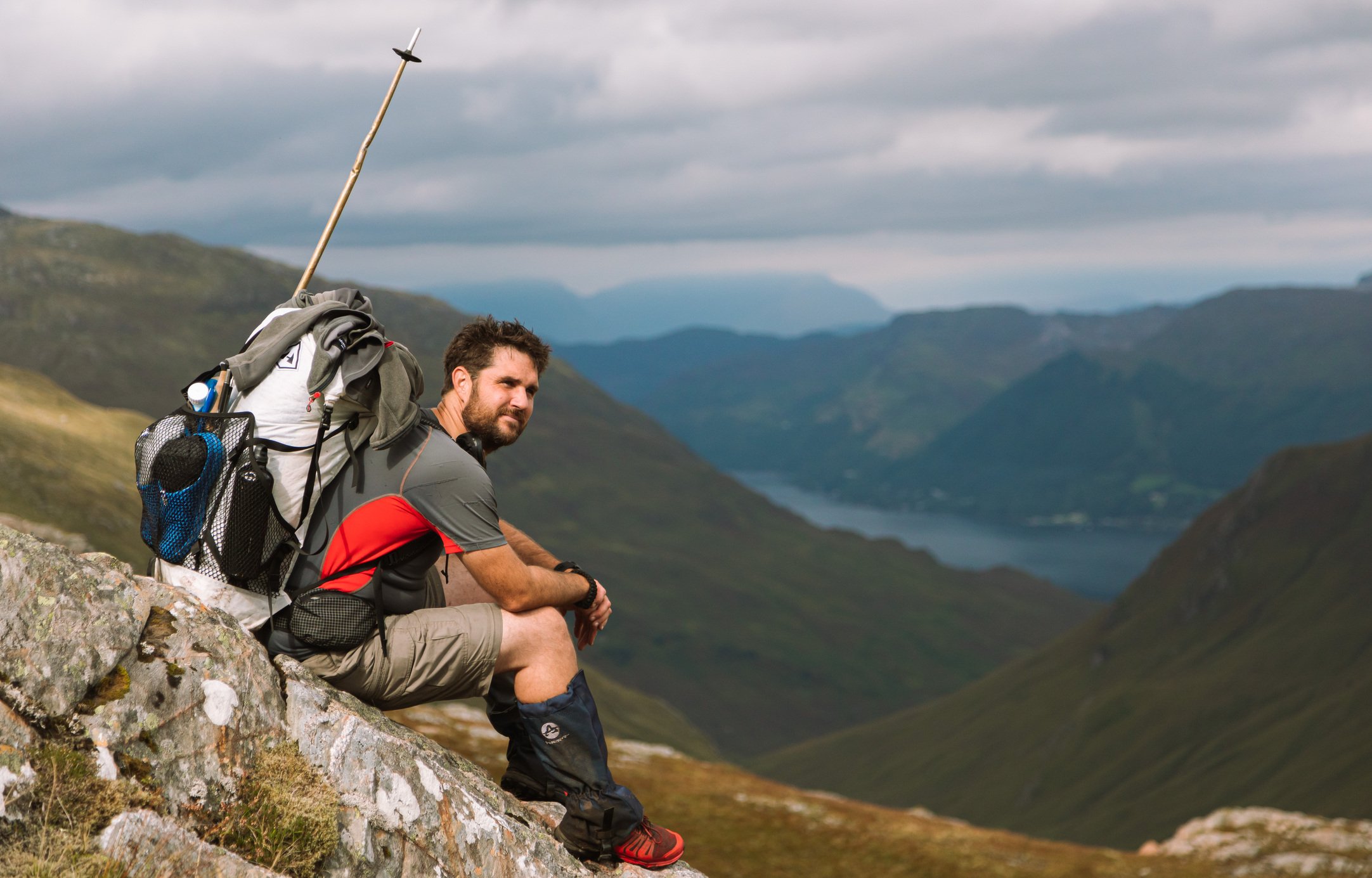 But still, by the time we got to the end of stage two in Ullapool, given all the circumstances against us, we decided to call it a day. Yes, we could have gone on, but would it have been fun and what we wanted? No. The whole point for us was to take our time and enjoy the trip. After all, this is meant to be a holiday for us, not an FKT. With the combination of my blisters, Benn's work schedule, and the incoming heavy downpours in the forecast, we figured we'd enjoy the time we had left doing something else. There were no guarantees that we would even finish. It must have been some form of weird omen while being in Ullapool; I felt a blast of cold air, and the temperature instantly dropped by five degrees. Rain was on its way. 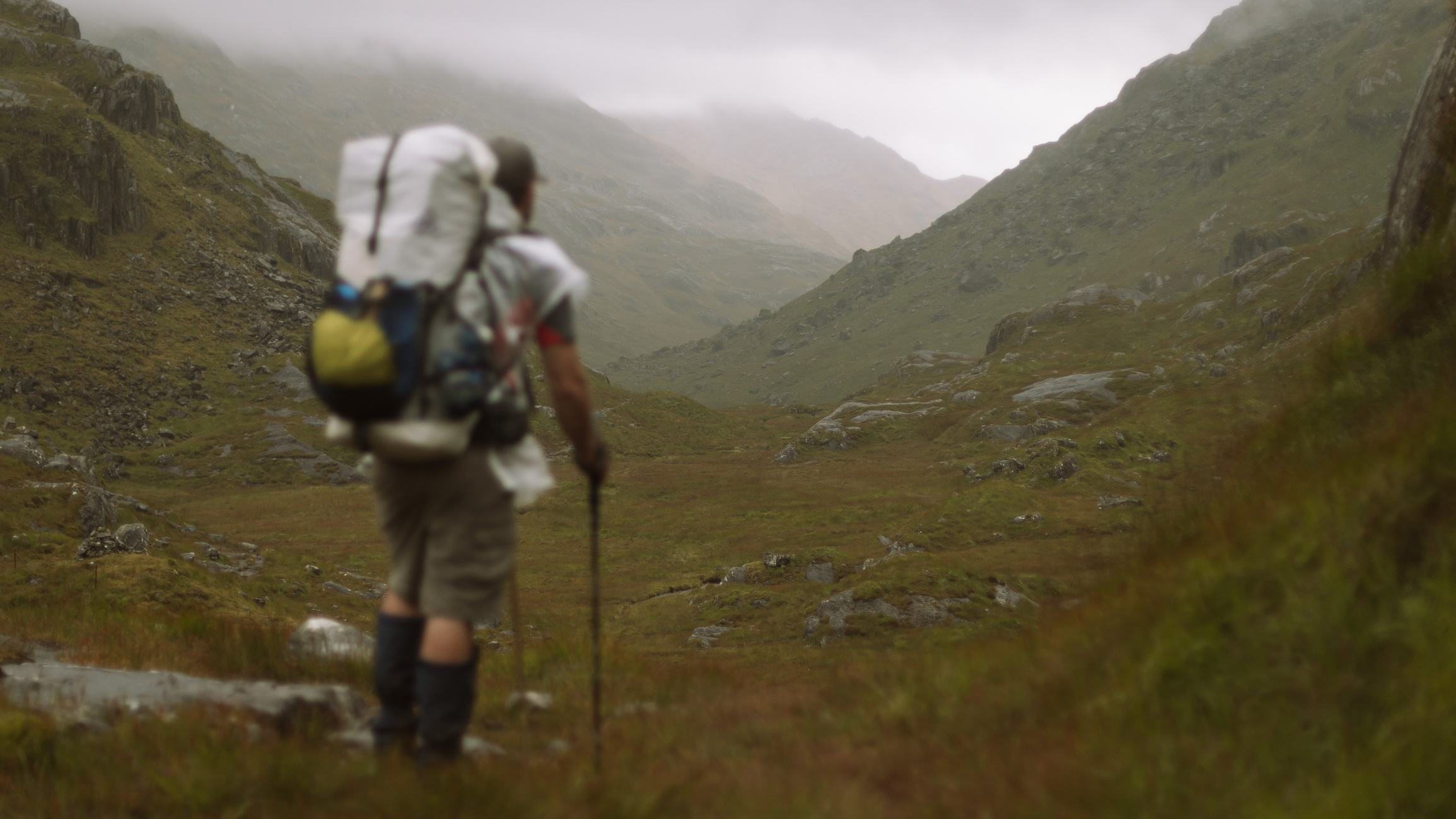 This is not the first journey that I've had to cut short, however. A few years back, I tried a wild canoe trip amid a Scottish winter with a friend, dreaming of the idea of paddling among snow-capped munros and camping next to calm, picturesque lochs. What actually happened, though, was far from that ideal. Instead, the day we started, winds were gusting who knows what. Within the space of a few hundred metres from the start, we almost capsized twice. From this point, our safety became more important, so we bee-lined for a little shore where we could easily get off the loch and find somewhere to camp up. Our grand intentions had ploughed headfirst into a brick wall. From here, we camped up for two nights trying to bide our time and see if the weather would ease up. It wasn't until a phone call home that we heard about the impending Storm Caroline (I'll never forget that name). We knew we had to bug out and pronto. We may have only been a few hundred metres from the start, but trying to go any further would have been crazy. That's not to say we didn't have a good time, though – I mean, who wouldn't want to sleep up in a local community hall, having tea and chatting to the local knitting group! 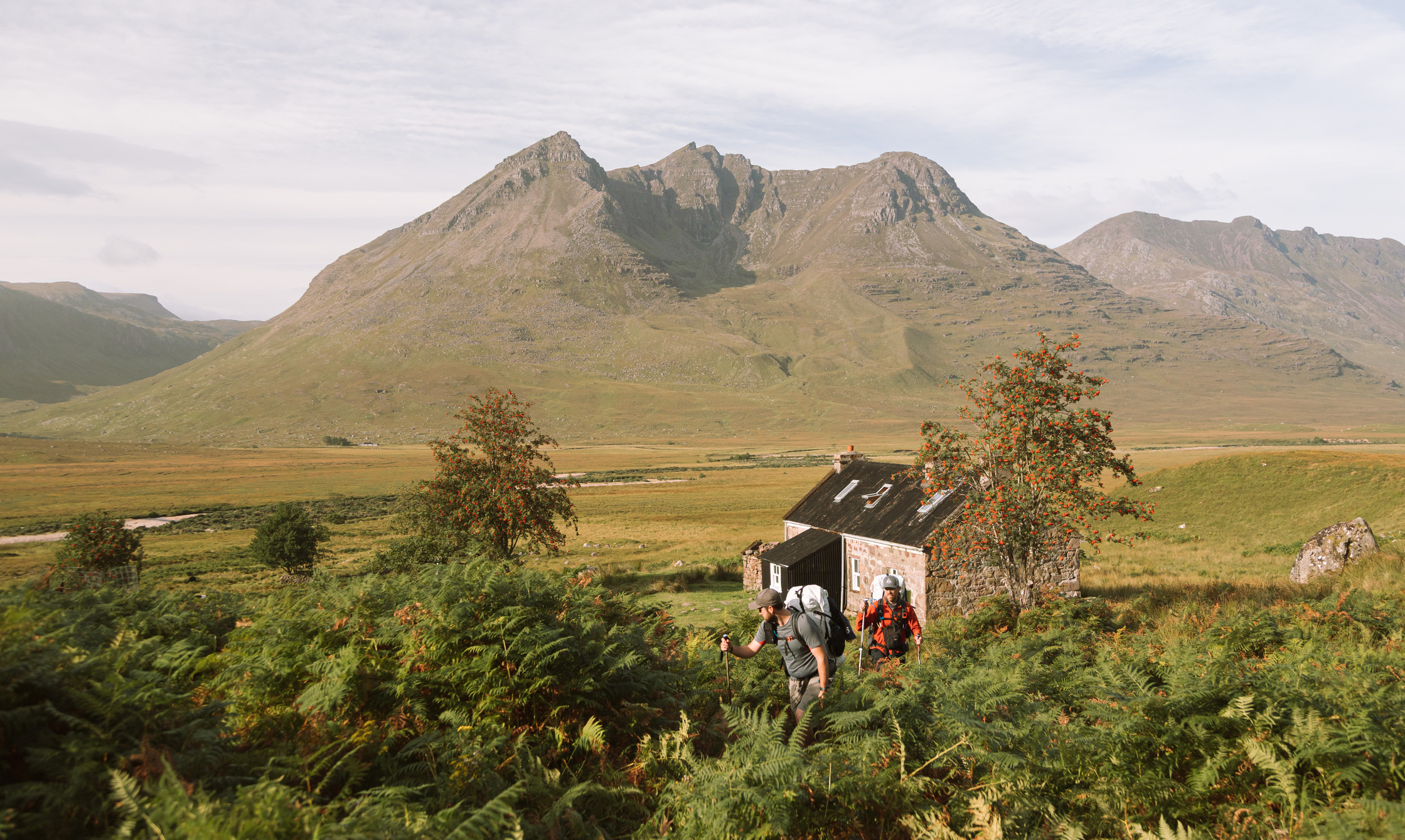 But I guess it's all part and parcel of adventures - seeking limits and pushing out of your comfort zone. It's great when things go to plan, and you can enjoy whatever you intend to do, but you'll still have some more interesting stories when they don't!