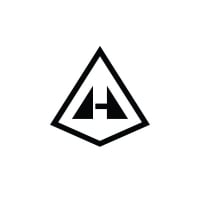 Like headlamps, you’ll never know how perfect a small multi-tool would be for the conundrum at hand until you don’t have it. There are too many variations on the multi-tool to count, but if you’ve been reading this series, you’ll already know that we like to avoid redundancy in our kits, and we like to keep things simple. So, in this case, multi-tool could mean an item with a few functional bits that fold out, or a tool with multiple uses.

You really don’t need much in the way of a knife. The blade of the knife I carry is barely large enough to slice through a Slim Jim. I recommend using something like the Leatherman Squirt or some other keychain-sized knife. In 20 years of adventuring, I’ve never needed more than a 1” blade. I’ve found the other tools like the file, scissors, pliers, and the screwdriver on a keychain knife will often come in really handy.

“EVERYONE CARRIES THEIR OWN REPAIR KIT, AND WE TALK ABOUT WHAT WE HAVE SO THAT THERE ISN’T TOO MUCH OVERLAP. THE WIDER VARIETY OF REPAIR MATERIALS, THE MORE LIKELY YOU CAN MAKE A SUCCESSFUL AND CREATIVE REPAIR.” // LUC MEHL

I haven’t found a multi-tool that I like. The Leatherman Juice should be the top contender, but the three I’ve had eventually fail ­– the blade-stop pieces break off. For real field-repairs, these small options can’t handle the required torque. We carry one beefy multi-tool (pliers) between the group on big trips.

For my work, it is an expectation and requirement that we be able to bust a flame using the natural materials of the land. The Leatherman Signal has all of the tools I require to do this and then some. A knife for carving spindles. A saw for harvesting and digging a trench in the fireboard. Pliers for pulling out knots in paracord. A can opener. Firesteel for lighting stoves. Get this multi-tool if you work in the wilderness or enjoy bushcrafting in general.

For Backpacking or thru hiking, you can get away with just having a small knife. For myself, the only need I have is cutting a block of cheese to add to my dinner. I know a few UL hikers who just use their long-handled spoon for cutting, but I like having a knife just in case as it provides a good feeling of security.

I carry nail clippers at the most for any sort of knife or multitool.

I grew up using and carrying knives. Specifically, I have carried a Swiss Army Knife daily for the past 22 years. Most of the time I have several knives on my person. When I meet people, who don’t carry a knife or who consider it a weight penalty to pack one, I don’t quite understand. Your mileage may vary. I use, and loan out, my knives all the time.

The Swiss Army Knife, or SAK if you’re into the whole brevity thing, is one of the original multi-tools. They were around long before companies like Leatherman came on the scene and introduced iconic handheld toolboxes touting full-size versions of tools like pliers. Armchair MacGyvers rejoiced. After all, it’s commonly known that cargo pockets don’t fill themselves! Those styles of multi-tools were heavy and bulky in my opinion. I quietly held my own with that humble SAK.

When I began rethinking gear (read: started giving a crap about gear weights) I had to confront an uncomfortable truth. My Swiss Army Knife isn’t a great lightweight option. My Victorinox Explorer tips the scales at 107 grams. It boasts a bunch of features but the ones I use the most are the large blade, screwdrivers, and scissors. The blade is ample but too small for any real work such as food prep or processing wood. Plus there is no locking feature. I began thinking that if I’m going to carry nearly a quarter pound in my pocket it ought to offer more oomph.

Several years ago Benchmade Knife Company introduced a folding model called the Bugout. It weighs 52 grams. Their AXIS lock system is extremely secure. It’s the next best thing to carrying a fixed blade knife. Many years before the Bugout I had taken a chance on a micro multi-tool from Leatherman called the Squirt PS4. Weighing only 57 grams I wondered whether it could be taken seriously. Many years on I’m pleased not only with its utility but its durability. I can also testify that a problem I created with it was quickly remedied by Leatherman at no charge.

The combo mentioned above (109g) has netted a wash in weight savings over my SAK (107g). However, it has boosted the capabilities of that portion of my carried weight. I still carry my SAK daily but I leave it behind on backpacking trips now. Here’s why:

So why do I carry the Bugout? I’m a fan of quick-access, single-handed blades. No, that’s not because I’m looking for a knife fight. Nor am I into campsite renditions of Westside Story dance scenes. Rather it’s about efficiency. When I need a knife, the task is accomplished seamlessly if I can access a blade, open it, use it, close it, and re-stow it all with one hand. When practiced that whole process can be executed without even turning one’s eyes away from the job at hand. In addition, the Bugout is just the right size for food prep from veggies to game. With its stout 3.25” blade and secure locking mechanism I can confidently press it into wood processing duty should that be needed. As a bonus the standard blade steel is S30V – one of those modern “wondersteels” that for average users can go a long time between sharpening sessions.

It’s saying a lot that the feature I used most on my SAK back in the day didn’t even garner a mention here – the can opener. Back then cans were regular contents in my meal kit. Oh well. Like that old dude from up Highway 61 sang: “The times they are a-changin’!”

2012 OUTSIDE MAGAZINE "ADVENTURER OF THE YEAR" // GRAND CANYON EXPERT // @RICHRUDOW

I like the Leatherman Juice multi-tool. Just under two ounces and it has pliers which I find to be an essential tool for removing cactus spines or fixing zippers among many more uses. The knife is great for cutting salami.

To me, multi-tools are a very overlooked piece of gear. In most groups I’ve hiked with, I have been the only one to have one, and let me tell you, it has been borrowed by many hikers in need. There are a few good ones out there, but these are the things I look for in an ultralight setup: pliers, scissors, tweezers, and a knife. I also like it to be as small and lightweight as possible. There are certainly some that have more bells and whistles, but those tools are what I’ve found most useful on trail.