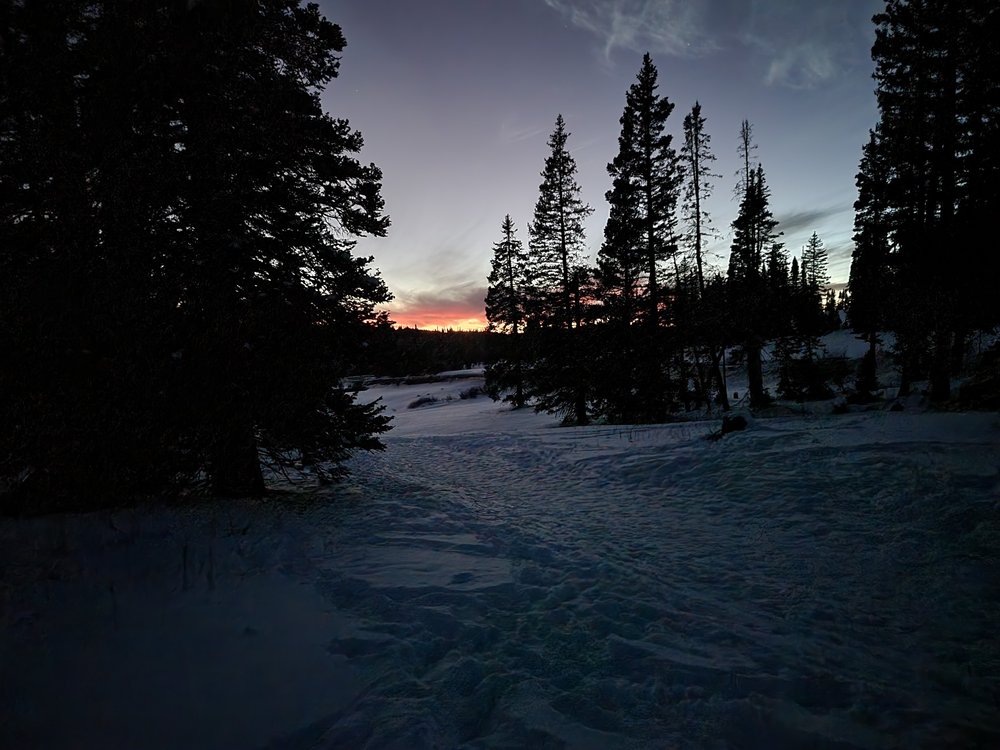 Living in the high Rockies of Colorado certainly has its advantages. I haven’t been anywhere else that October resort skiing is a slam dunk. Arapahoe Basin opened on Sunday, October 23rd, but I was in New York watching the Rangers lose until the 26th. So my season started there on 10/27, and I can’t complain about the October ski conditions. It was all man-made snow, but they opened some blue terrain. The Thursday skiing wasn’t crowded and it was only a little icy by the afternoon. A decent start to the season. 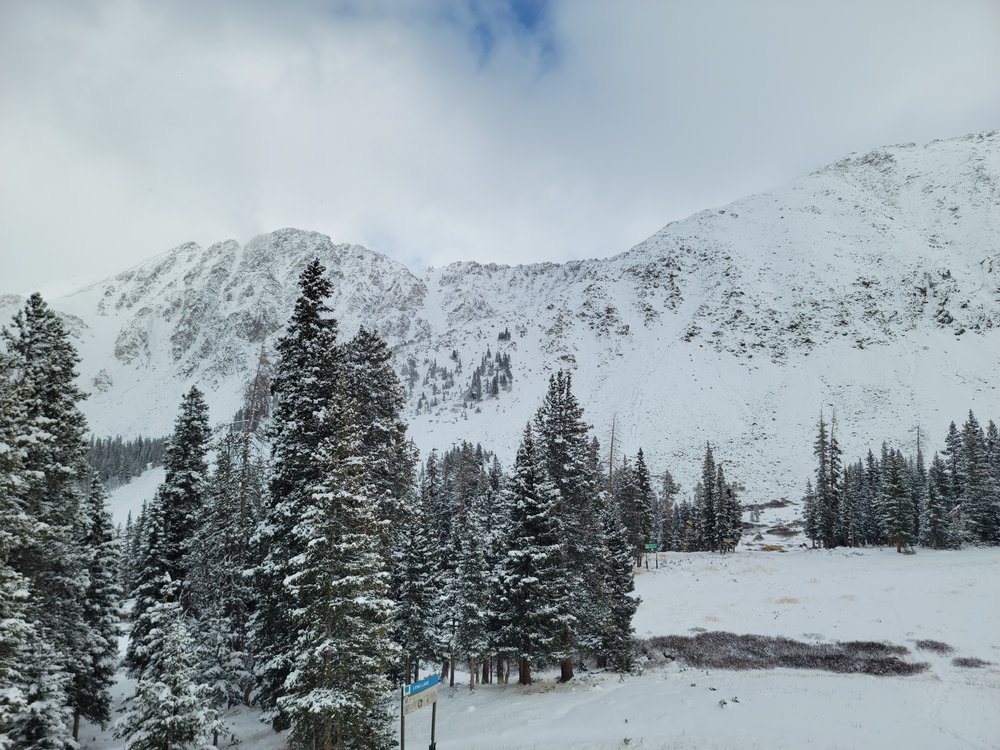 I got my first tour in at Ski Cooper on the last day of October, which may be the earliest I’ve ever skinned. Walking up was nice, but it was a bit of spooky season skiing down in the fading light. I also got out to Cooper a couple of other times to start that early season base building of fitness. 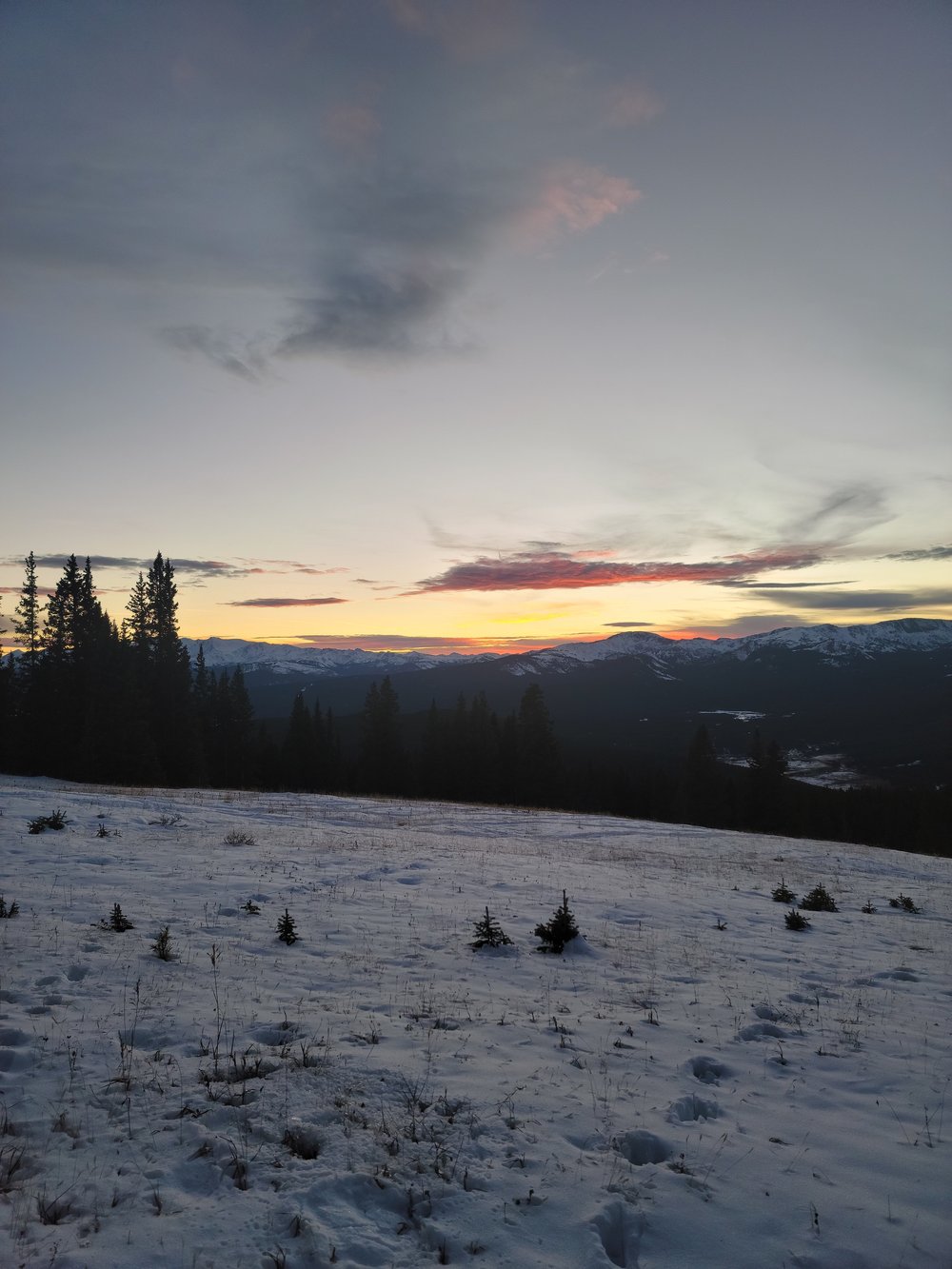 Winter Park had their earliest opening ever, on Halloween. I didn’t make it there until November 10th, but it was worth the wait to ski on 4” of fresh snow. It made have been the worst terrain open of anywhere I skied in the early season, but it still felt great to get back out on real snow.

My first day on cross-country skis came on November 13th, when I explored the Treeline Loop across the street from Ski Cooper. I only started nordic skiing last year, so it was a day to shake off the rust and try to remember how having free heels and ankle movement while skiing works. I felt a bit like a baby deer but had a beautiful tour through empty woods. 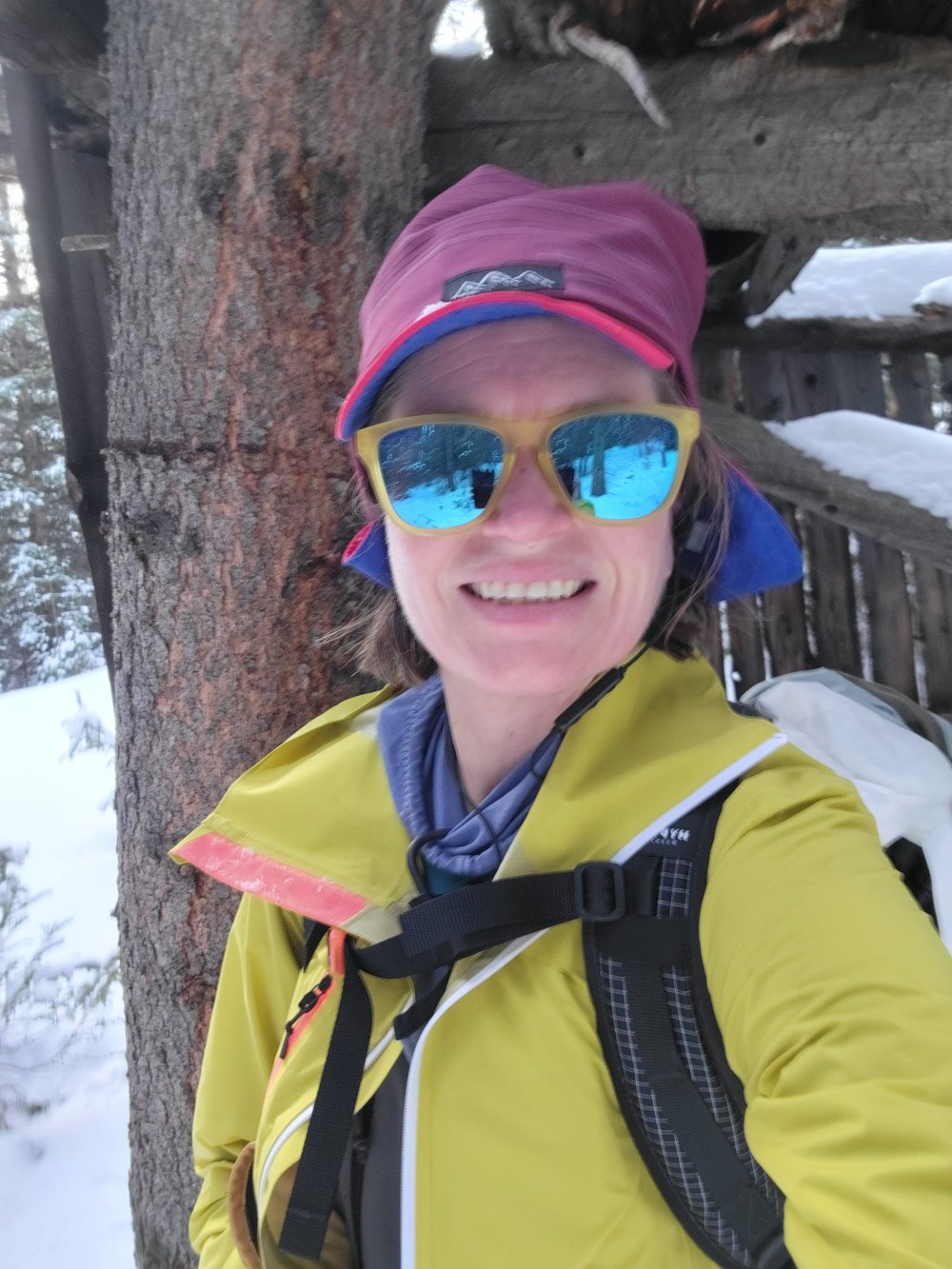 The Copper opening day event was a complete SNAFU, but top to bottom runs on November 14th was awesome. The CEO waited until 9am on a bitterly cold morning to start speaking about how great it was that everyone was there, while everyone really just wanted to get on the lifts he was delaying. The 4” of fresh snow didn’t last long on the one open run with the opening day crowd, but it was still fun. Ptarmigan off Excelerator was less icy than Main Vein, which is not usually the case. 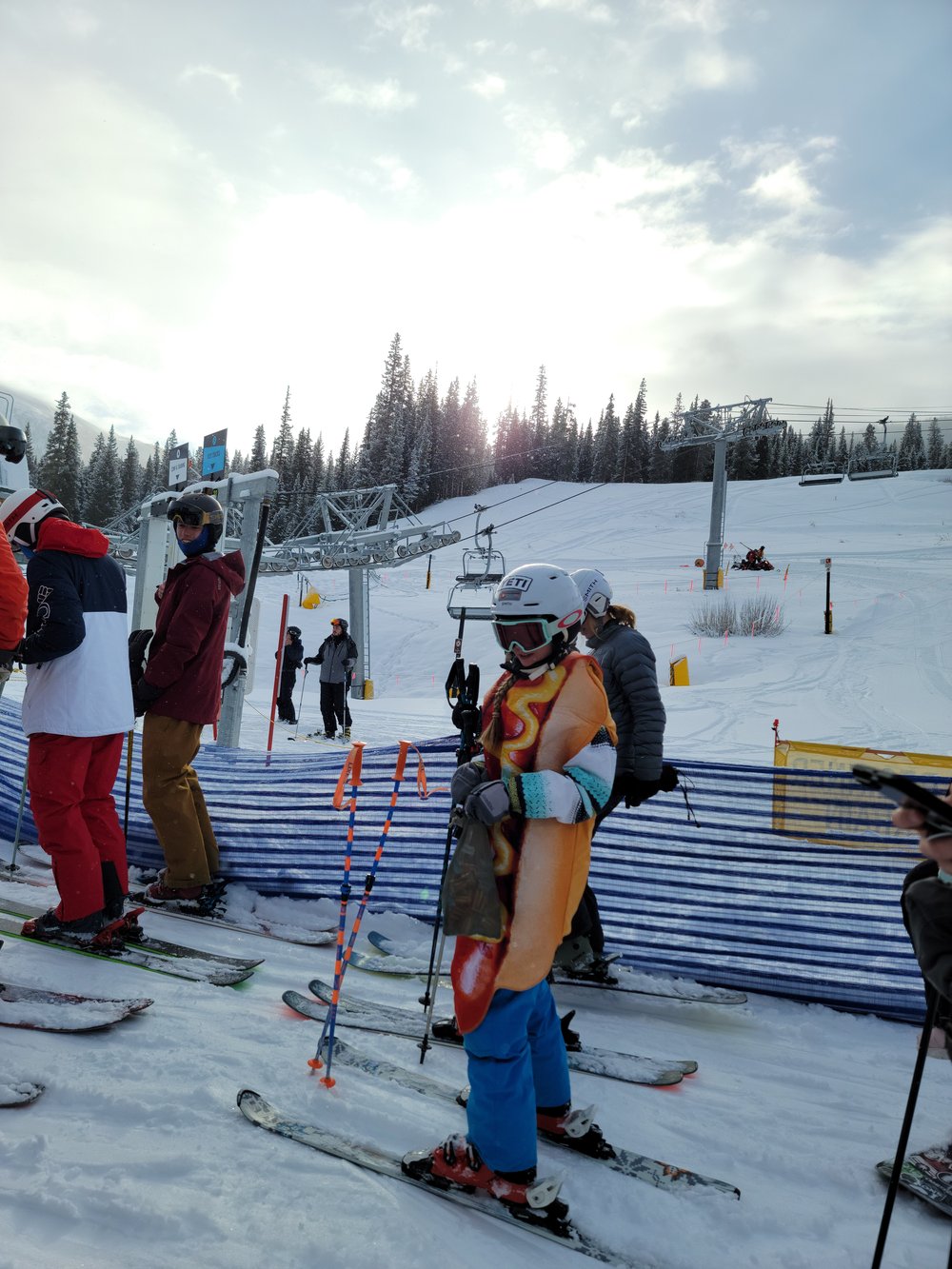 I wish I was cool enough to be a skiing hot dog. So do you, admit it.

I made it to Eldora on 11/15, which also only had one run open. Conditions were fast on fun on man-made snow, and it felt like home. It was another cold day, but the features along the side of the run were the most intresting I found thus far in the young season. It was also the fourth resort I’d been at where there lifts were spinning in less than three weeks, so zero complaints. 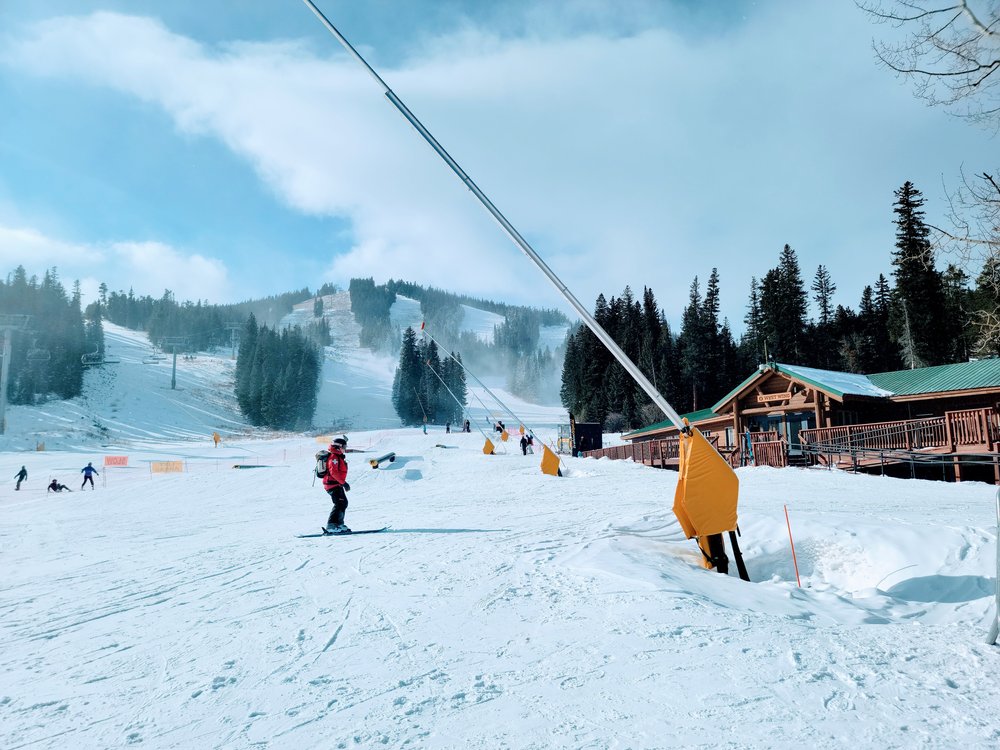 On November 19th, I moved toward the Steamboat area for the winter to work for Bluebird Backcountry. After a few days of work building a ski area from scratch, I did some exploring of the nordic trails near Rabbit Ears Pass. I used metal-edged backcountry cross-country skis for the first time and while you still can’t make carving turns, I felt more stable and agile than usual. It’s not downhill skiing, but I think it’s still super fun. 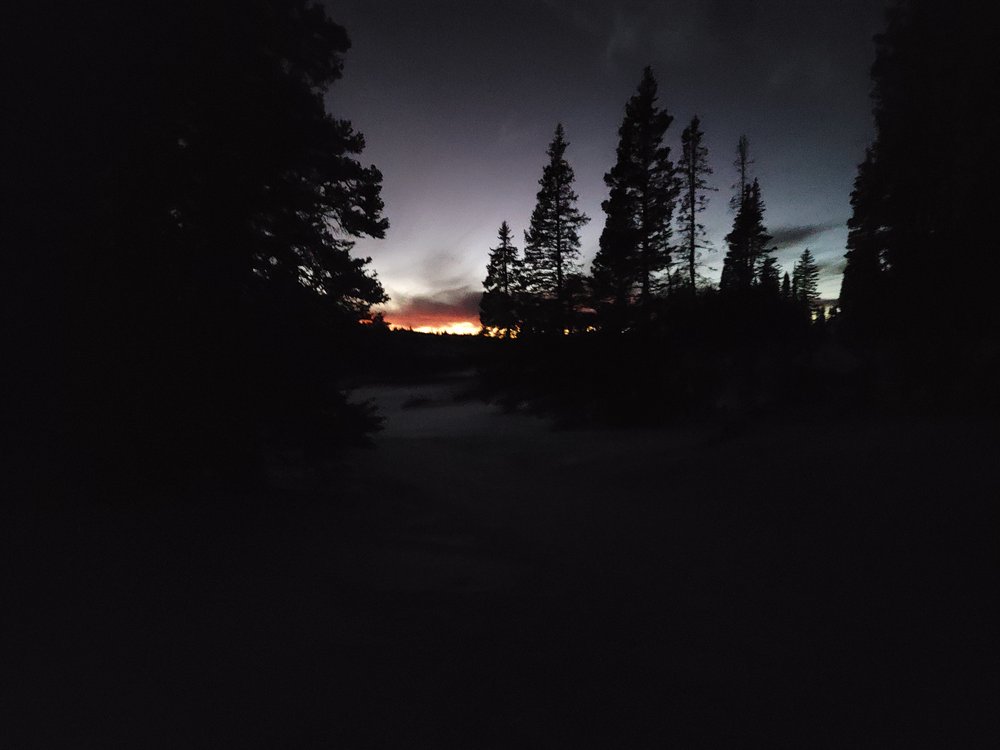 I caught the opening day at Steamboat on 11/23. It was a very positive contrast to Copper’s opening day. The lift and marketing teams were organized, and I got way more free stuff. I got a t-shirt, ski socks, amazing donuts from Powder Day, coffee, and a mimosa. This was a full month after A Basin’s opening day and several storms later, so there was way more terrain open. It had been clear and cold for a few days prior, so there was some crust on the ungroomed runs. By the time I went back on the 25th, the skiing was even better, especially on the upper mountain. The stormy season looks like it’s about to return to the west, so pray for snow!