A HIKER’S GUIDE TO GEOTAGGING 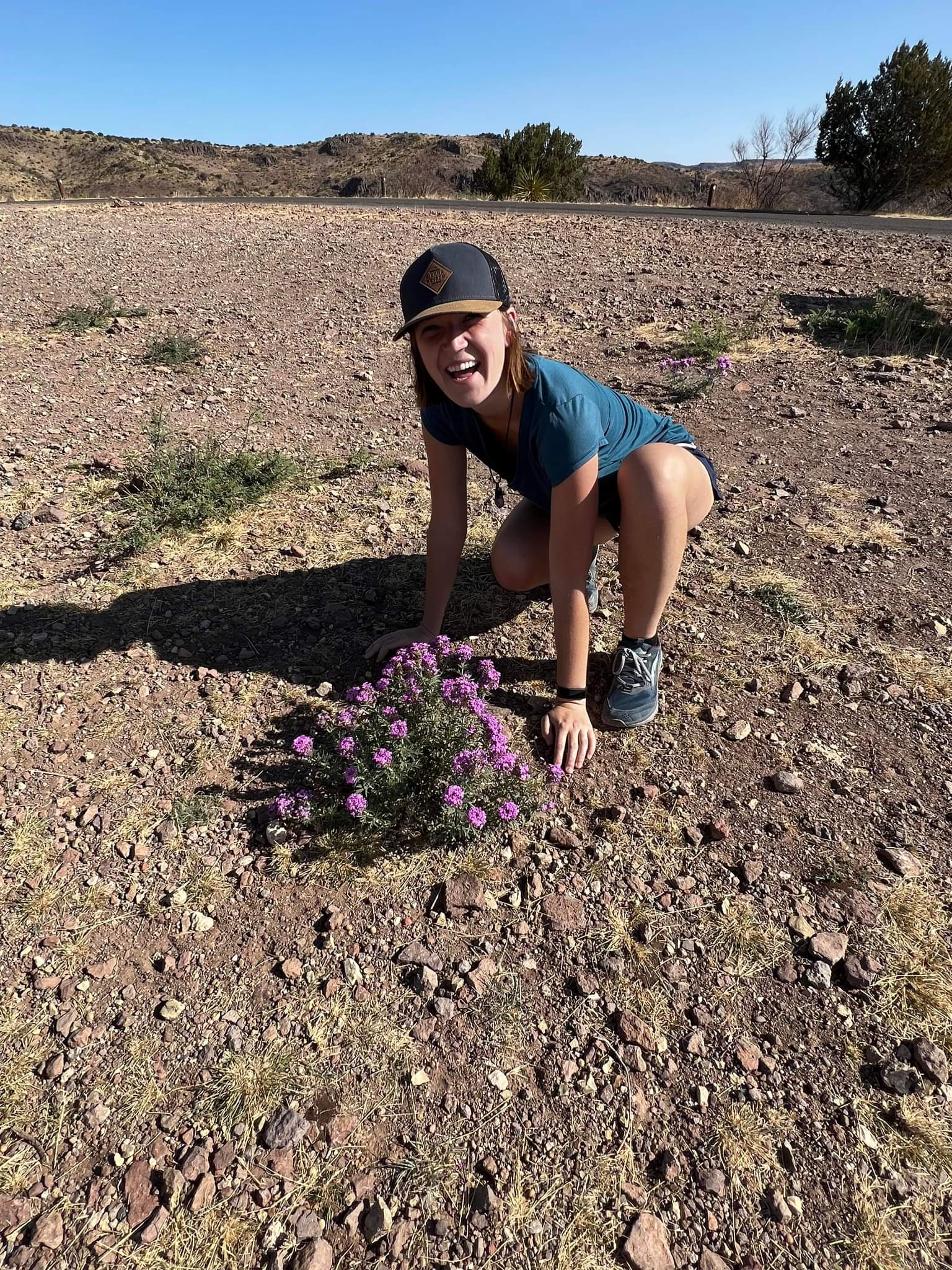 There’s no doubting the seriousness of the issues plaguing beloved public lands that have fallen victim to the crisis of popularity, sentenced to be loved to death by waves of uneducated or equally uncaring crowds. National Parks, historic landmarks, and natural wonders have all become prey to symptoms of a failing system: the presence of human waste, widening trails, incidents with wildlife, safety concerns, and vandalism to name a few. 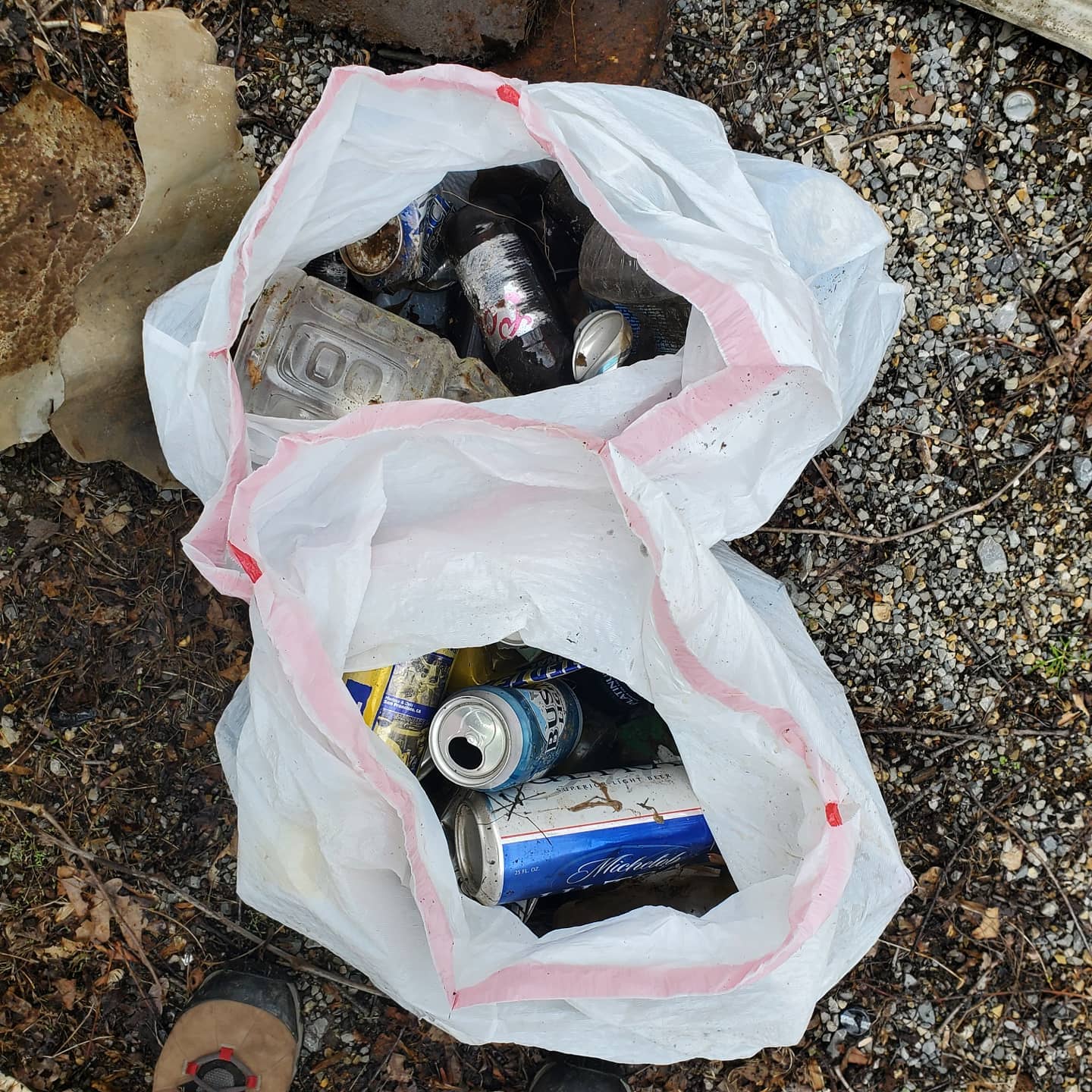 The logic stands that if an influencer posts an image to their feed and tags the location, it may be overrun with hopefuls trying to snag a similar shot that may not know or care about their impact on the land (flashbacks to Utah’s mysterious obelisk that was almost immediately polluted by human waste by zealous social media fans). What if I told you, when used thoughtfully, geotagging presents more opportunities than consequences? Let me show you how.

GEOTAGGING, GOALS, AND GATEKEEPING, OH MY!

Let’s think back to our influencer, boldly going where no one does (or shouldn’t be), snapping a stellar shot, and sharing it near and far. Of course, we can all recognize bad backcountry behavior when we see it; but applying the logic of condemning geotagging in this instance to the general population takes things to another level. Less people geotagging native lands means less education about history and culture of public lands. Fewer photos of BIPOC taking up space or traveling to exciting new destinations means decreased accessibility and diversity in the outdoors. Insisting on playing the blame game with people who geotag at large is gatekeeping at worst and misdirected anger with failing systems at best. Your local gem isn’t worse off because more people are enjoying it - it’s because the space isn’t getting treated with the care it deserves. 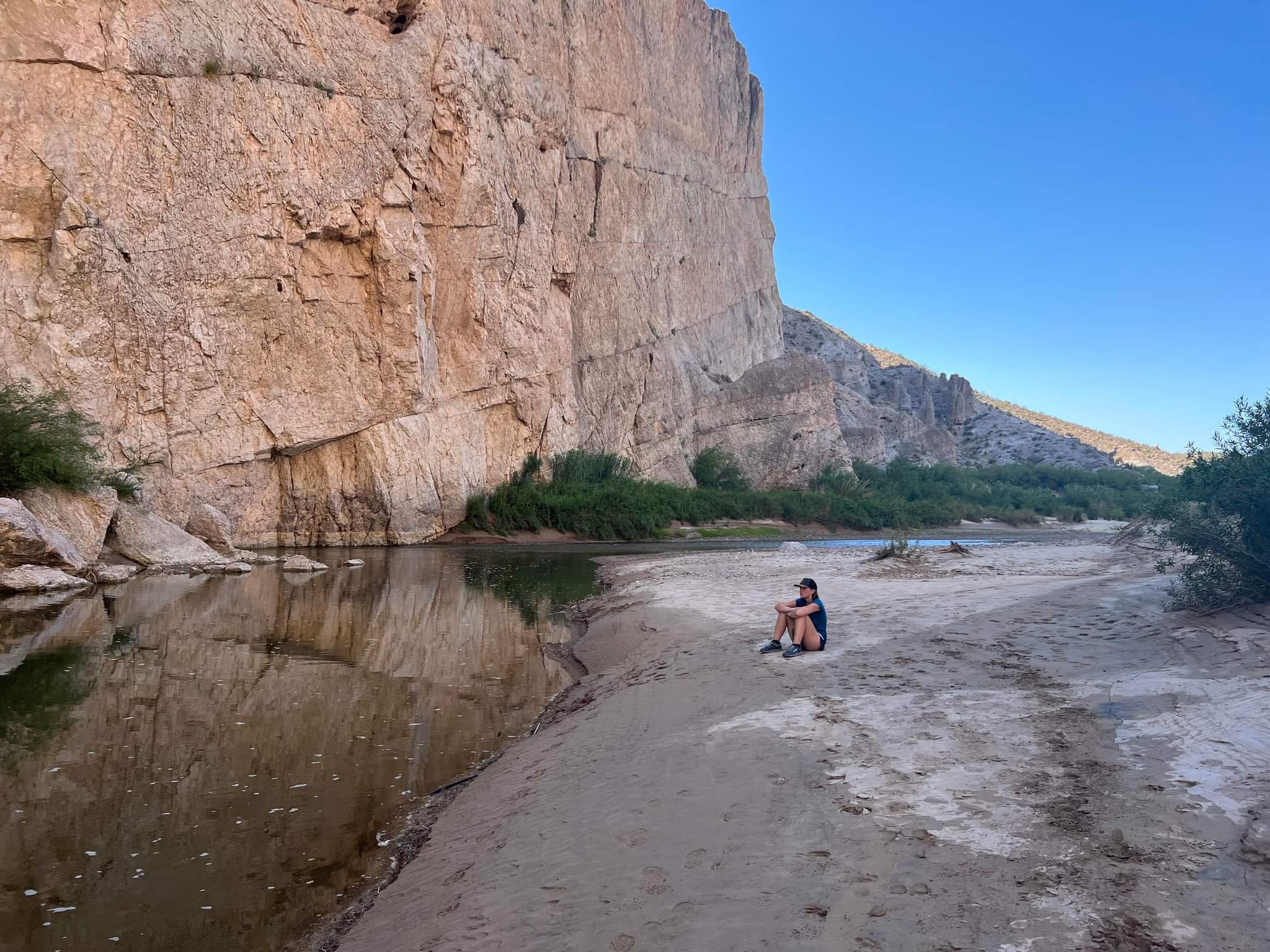 The argument against irresponsible geotagging is that by sharing your location and omitting key information you are contributing to the public’s lack of education on the outdoors and could be responsible for contributing to the waves of LNT violations that have plagued our public lands. When this black-and-white thought process is applied to individuals geotagging on social media, the controversy misdirects anger at the consequences of an uneducated public and resource-starved systems when really we need to be tackling the problem as a community instead of micromanaging each other’s behavior. So if geotagging isn’t purely evil, the question is presented: can geotagging be used for good? 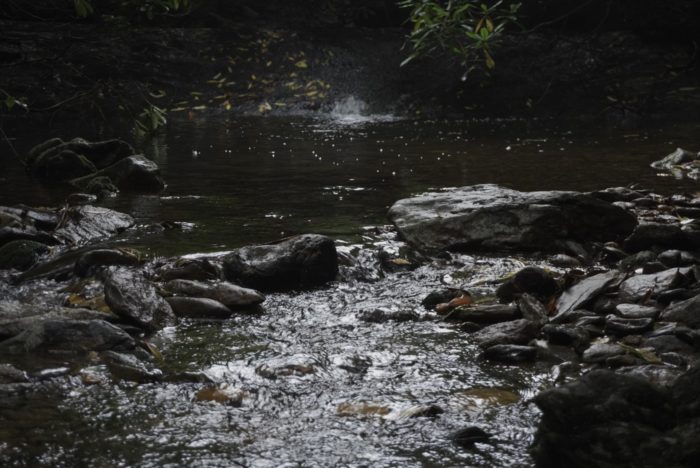 The authority on proper backcountry etiquette, The Leave No Trace Center for Outdoor Ethics, published Social Media Guidance in September of 2020, of which the first sentence boldly reads, “Leave No Trace is Not Anti-Geotagging”. The guidance acknowledges the potential for social media to impact the public through education and increased accessibility and urges geotag users “to research safety measures, learn about the location’s history and culture, and find out what to expect when visiting”. Such a clear stance as this does beg the question… Is the whole “controversy” surrounding geotagging a needless distraction from more systemic issues at hand?

Here’s how we’re going to do something productive with all this knowledge that just got dropped.

Include relevant stewardship information in captions. Educating beyond the terrifically muddy shoes about the importance of staying on trail to avoid degradation, or pointing out that the wildflowers you snapped the perfect shot of stayed in the ground for others to see are great ways to tie in valuable context of how, armed with the right knowledge, there’s room in the great outdoors for all of us to recreate responsibly.

Arm yourself with knowledge, and spread it like wildfire. Check out The Seven Principles of LNT available at the Leave No Trace Center for Outdoor Ethics to review information on proper backcountry etiquette you may not be as familiar with before you hit the trail. Additionally, educate others from a place of kindness and be sure to communicate the value of what you’re saying - someone might not want to turn down their bluetooth speaker just because you’re regurgitating rules, but they’ll have a harder time saying no to protecting salamander homes or decreasing your chances of conflict with a black bear by discarding that orange peel in a trash can instead. 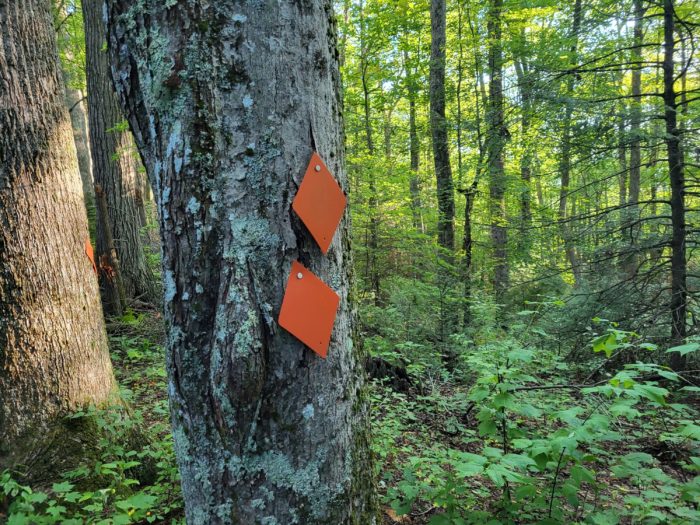 Research and educate yourself on native lands. The best time to educate yourself on native lands is before you head out into the backcountry. There are 574 recognized tribal nations in the United States, and all of them have their own unique language and culture. Geotagging, when used in tandem with critical thinking and thoughtful reflection on what it means to recreate on sacred land, can help increase empathy instead of entitlement in the outdoors. Visit Native-Land.ca or download their app to have geographic knowledge about territories, treaties, and language available at your fingertips.

Give back to the land and the community. As consumers, we can hold companies responsible for putting resources back into conservation of public lands and creating equal access to the outdoors. Shop mindfully, the values of our industry depend on it. 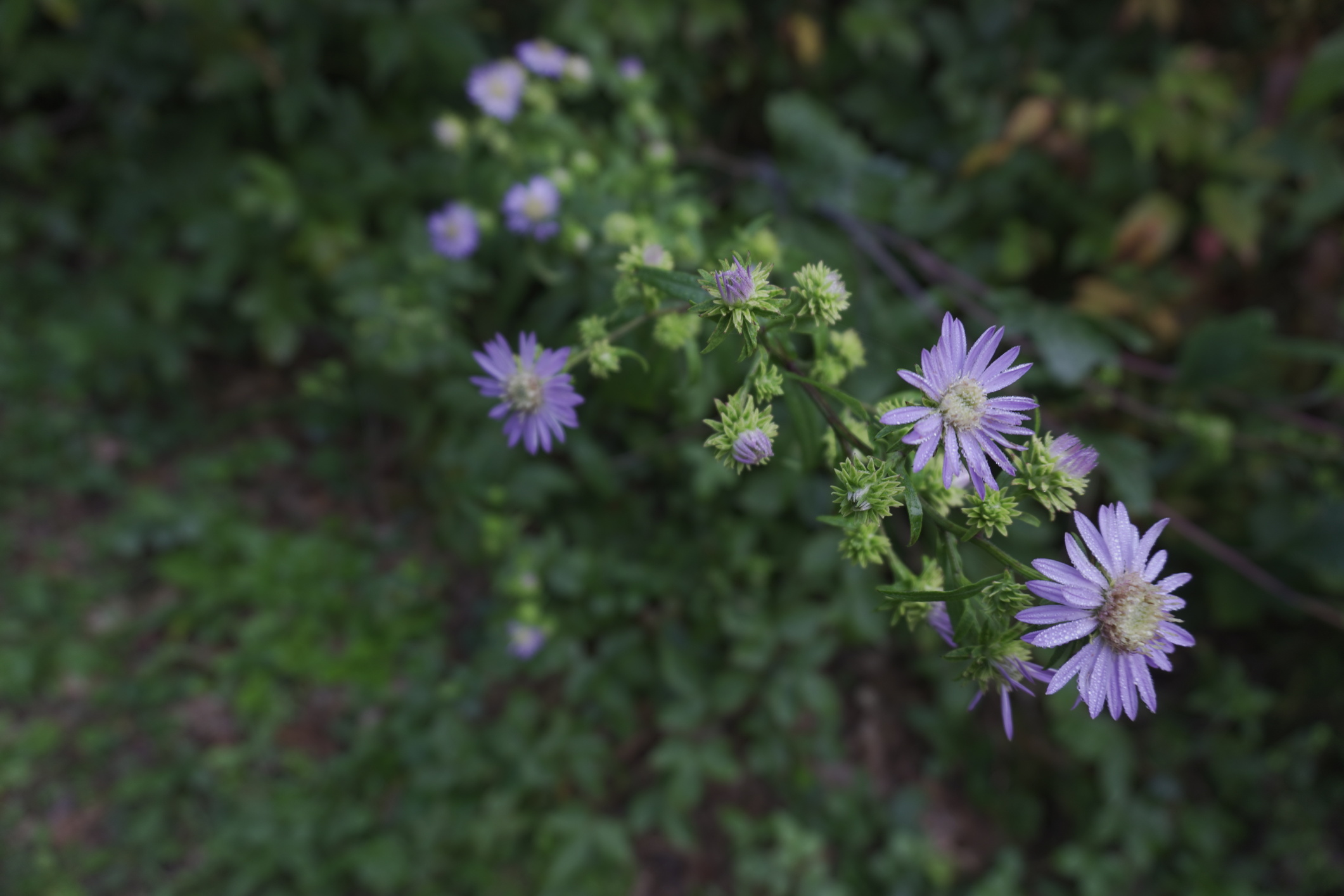 Your time or money are also valuable contributions that a trail maintaining club, nonprofit, or your local community can benefit from. This includes organizations like Outdoor Afro and Latino Outdoors that are actively working to increase accessibility and visibility of BIPOC in the outdoors as well as conservation groups managing public lands across the country including the Triple Crown Trail nonprofits: the Appalachian Trail Conservancy, the Pacific Crest Trail Association, and the Continental Divide Trail Coalition. Not sure where to start finding opportunities? Let HMG Ambassador Rebecca Sperry be your guide.

Head over to Advocacy on The Trailhead to learn more about ways you can make a difference for those following in your footsteps. For those inclined to start making little differences right away, check out “Six Hiking Habits to Leave Wild Places Better Than You Found Them” for inspiration on how to give back on your next hike.

REI Co-Op: “We Are All on Native Land”

Katie "Oats" Houston (she/her) is a freelance outdoor writer and content creator based in Austin, TX. After being bit by the thru hiking bug in 2019 on the Appalachian Trail, Katie has since got the Colorado Trail and Lone Star Hiking Trail under her belt with a bucket list of many, many more in her future. She enjoys any opportunity to write about her adventures, good trail ethics, and trail stewardship and currently works as the Social Media Lead for The Trek. Check out her adventures with Thru the husky on her website and Instagram