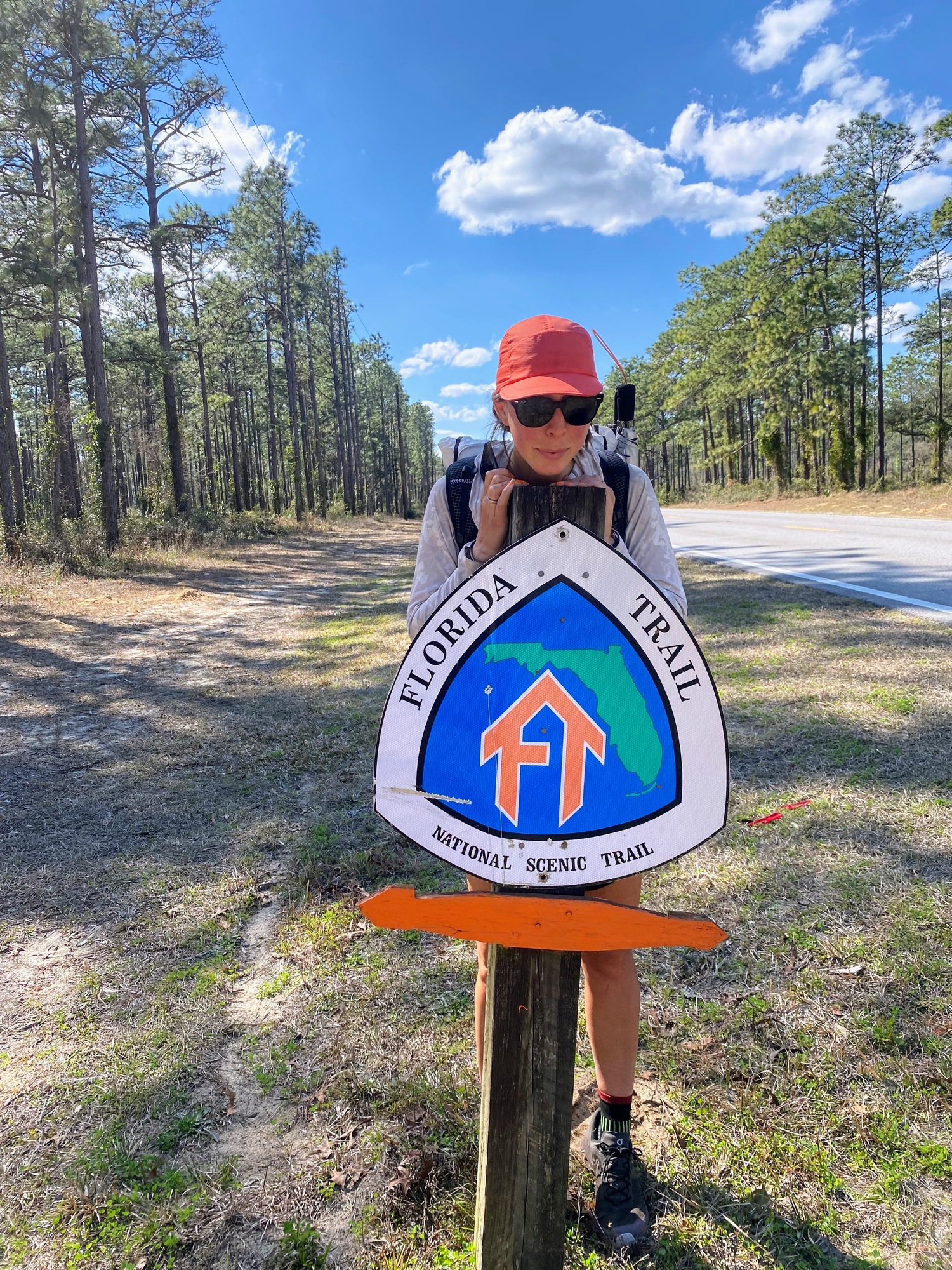 So we’ve tackled the gear list, Big Cypress, and Southern Florida. But there’s, like, 800 more miles of trail, right? Yep, and they’re primarily a mixture of roads, rail trails, and longleaf pine forests punctuated by crystal-clear springs, old ranches, and something known as titi swamps. 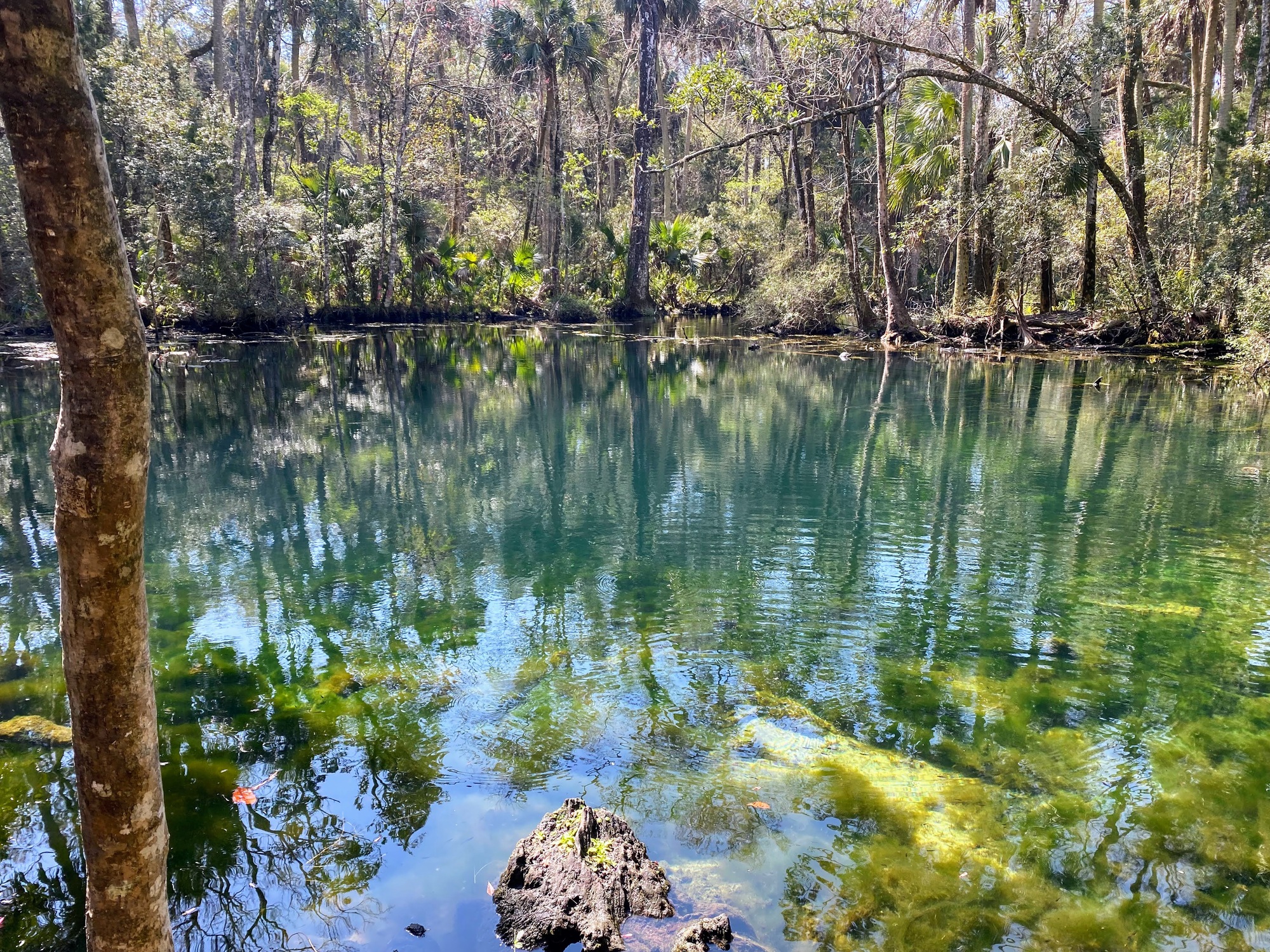 It’s pronounced tee-tee, but if you make your way through one, you’ll likely be referring to it by a variety of four-letter words — all of them more crass than “titi.” These dense, boggy areas are known for their tangled shrubby evergreens and nutrient-rich (read: thick, muddy) soil that can swallow a human leg whole. 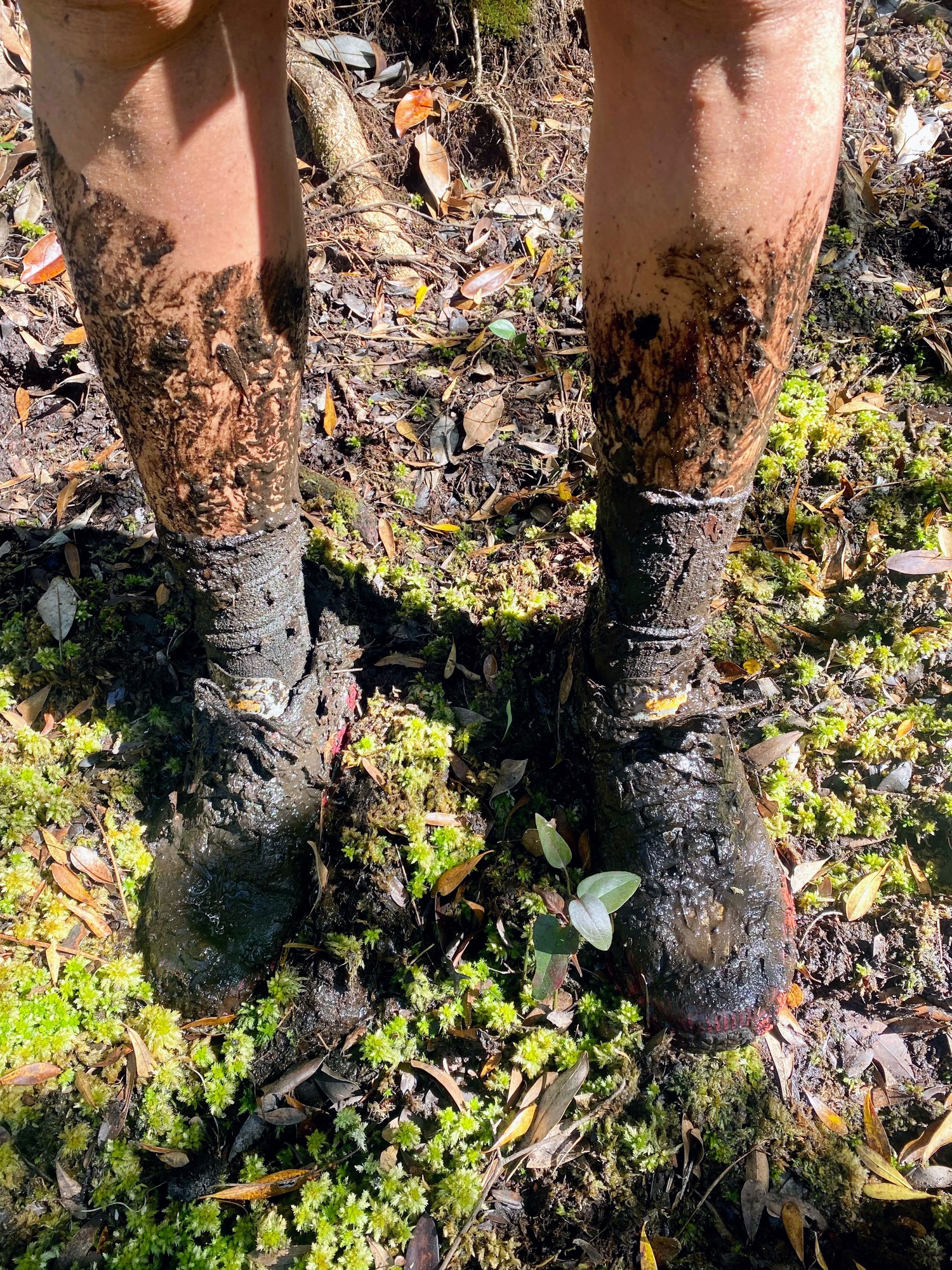 Although Big Cypress rightly earns its reputation as the ultimate boss of the trail’s various swamps, there are several more to traverse as the path heads north. The eastern portion of the Green Swamp is where four of Florida’s major rivers begin, and sloshing through cypress floodplains is common. This section ends in the incredible Kissimmee Prairie Preserve, a vast open grassland that’s home to several endangered bird species and Florida’s first and only Dark Sky location. Even in the wide-open prairie (which is both part of the marshy natural floodplain of the Kissimmee River as well as part of the Everglades’ headwaters), expect long slogs with wet feet. 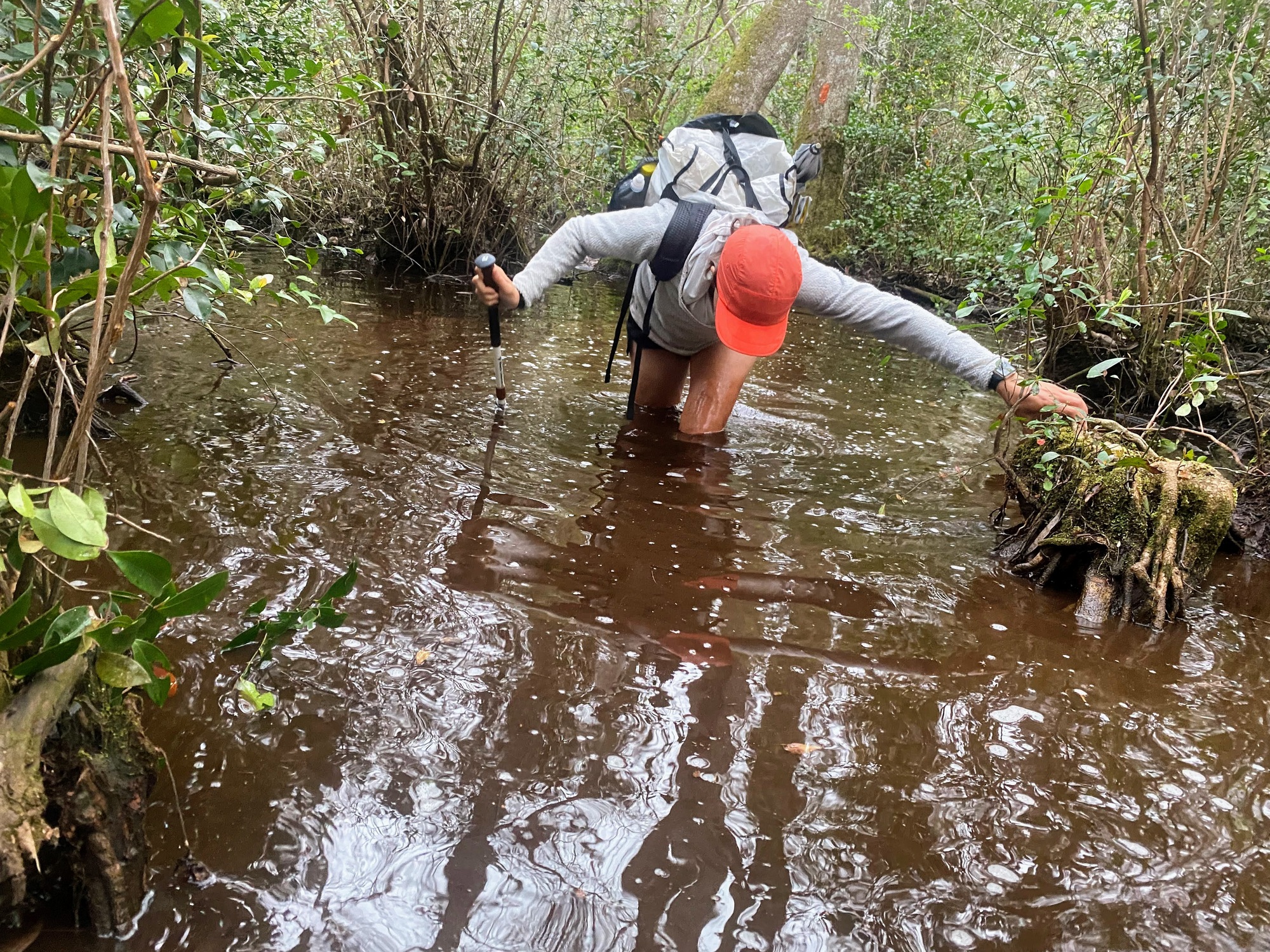 From there, it’s a river hop, first following the Kissimmee for 33 miles until the trail joins the limestone cliffs and dark, tannic waters of the Suwannee for nearly 75 miles more. The sandy racetrack of steep, short hills will make AT hikers feel right at home — that is, unless the Suwannee jumps its banks and floods, in which case, hikers sometimes swim this section of trail. 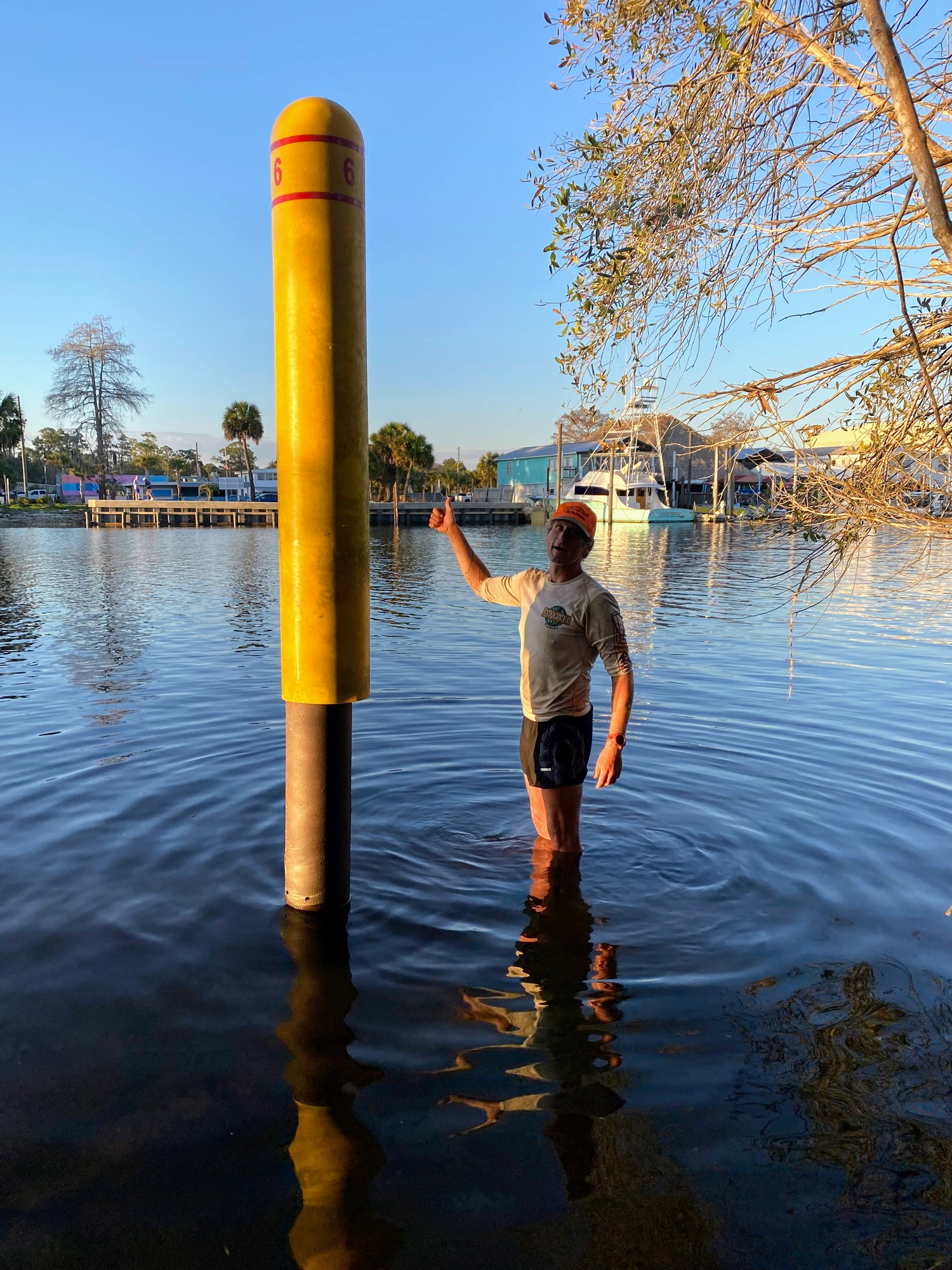 Thankfully, the next 100 miles cross central Florida’s (drier) sandhills, where the trail swaps palm trees and saw palmettos for northern poplars and dogwoods. This upland ecosystem continues into Ocala National Forest, a playground of electric-blue springs, oak hammocks, and sand pines that inspired the creation of the Florida National Scenic Trail back in 1966. Black bears frequent Ocala, but so do Orlando tourists.

When the trail starts to bend towards the Florida Panhandle en route to Alabama, hikers are confronted not only with the highest points (274 feet above sea level!) and the most climbing of the trail, but also with their first views of the dazzling Gulf Shore throughout Saint Mark’s National Wildlife Refuge. Migratory birds, snakes, and gators abound. Here, the trail actually goes underwater (!?), and leaving the refuge requires hitchhiking on any boat that’s kind enough to stop for you and take you to a dockside seafood shack. If that ain’t the most Florida thing! 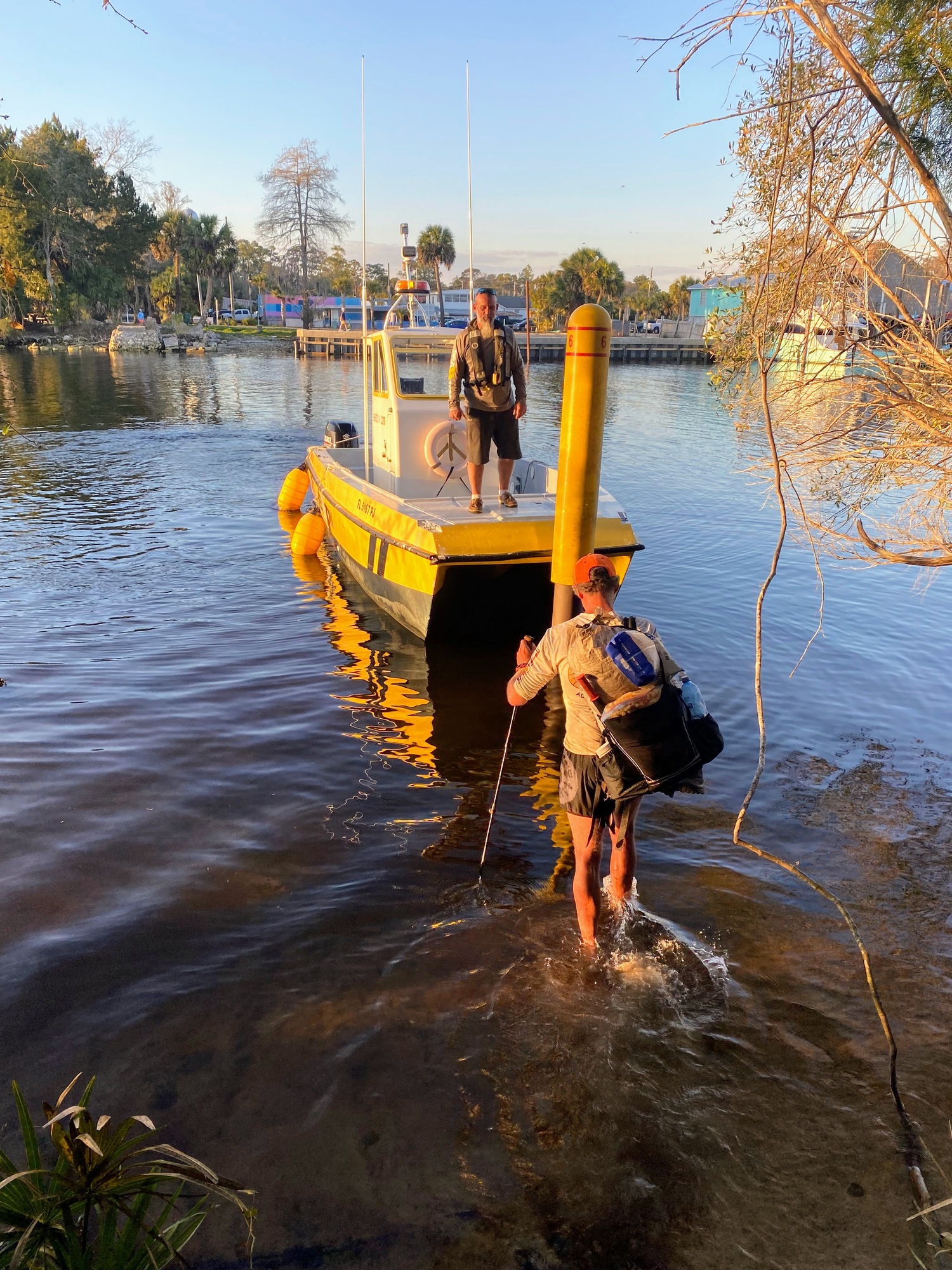 But it’s not all smoked mullet and tall boys. Just south of Tallahassee, the trail cuts an arduous 80 miles through Florida’s largest national forest, Apalachicola. The Florida Trail Association charitably describes it as “a very lush place, which means soggy feet and spectacular botanical diversity,” which is all true, if overly rosy. Filled with pitcher plants, titi swamps, terrestrial orchids, and the infamous Bradwell Bay Wilderness (home to one of Florida’s only remaining stands of virgin trees), Apalachicola is a beautiful slog through one of the most difficult sections of trail I’ve ever encountered. I’d happily re-do most parts of the Florida Trail, including Big Cypress; this part ain’t it. 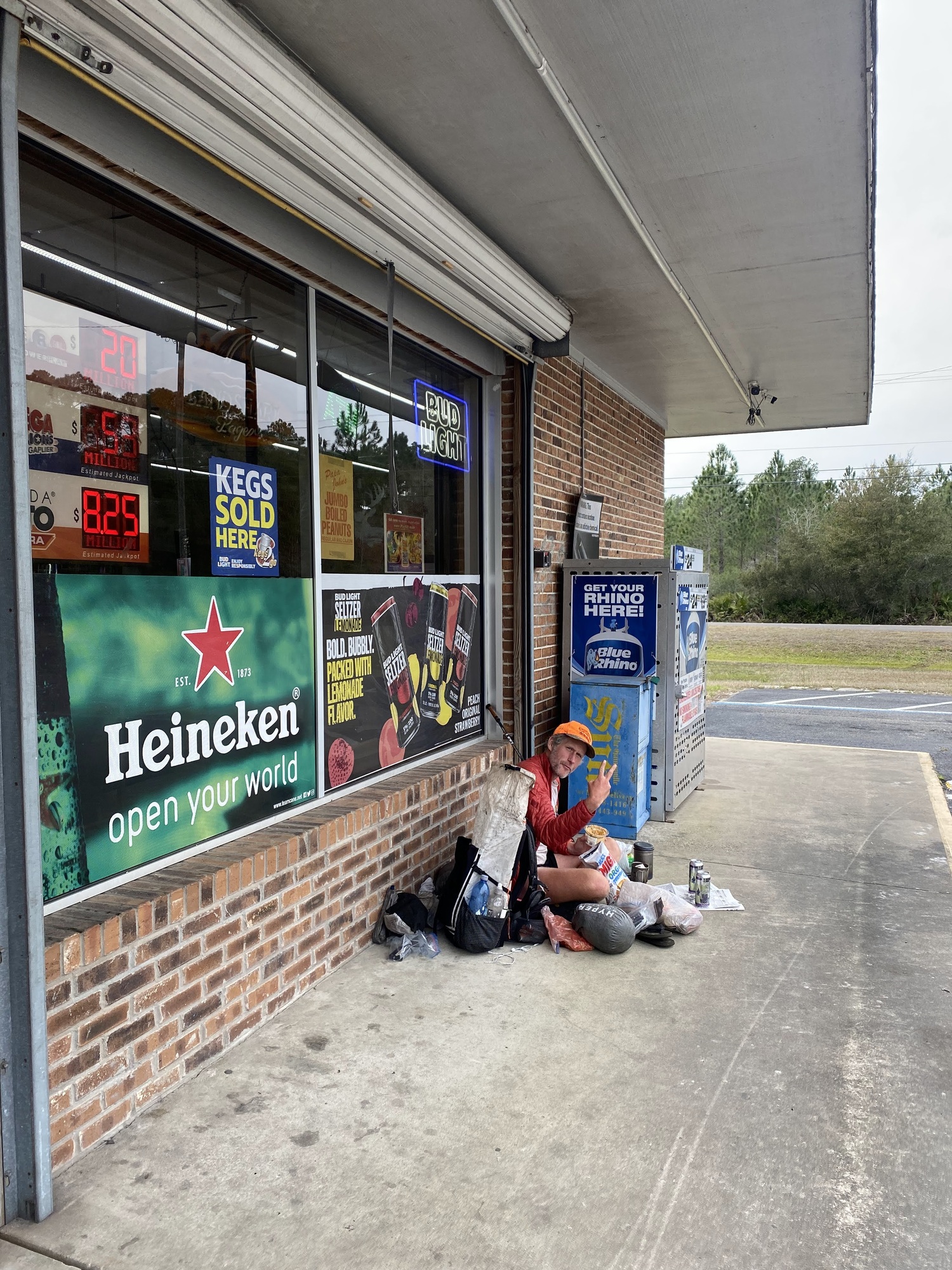 From the tangled black gum and quicksand-like titi swamps to rural farmland and the coastal estuaries, the last 300 miles of the Florida Panhandle are nothing if not diverse. Gas station and grocery store resupply options abound, so food carries are never more than a few days apart and are easily supplemented with local seaside fare.

In addition to the light food and water carries, the last 25 miles of trail, known as the “seashore section,” are a slow-moving treat. It’s like the FT recognizes that after the long road and swamp walks, the cottonmouths and the alligators, the frost and the heat, the finale needs to be something spectacular. Thankfully, the beach delivers. 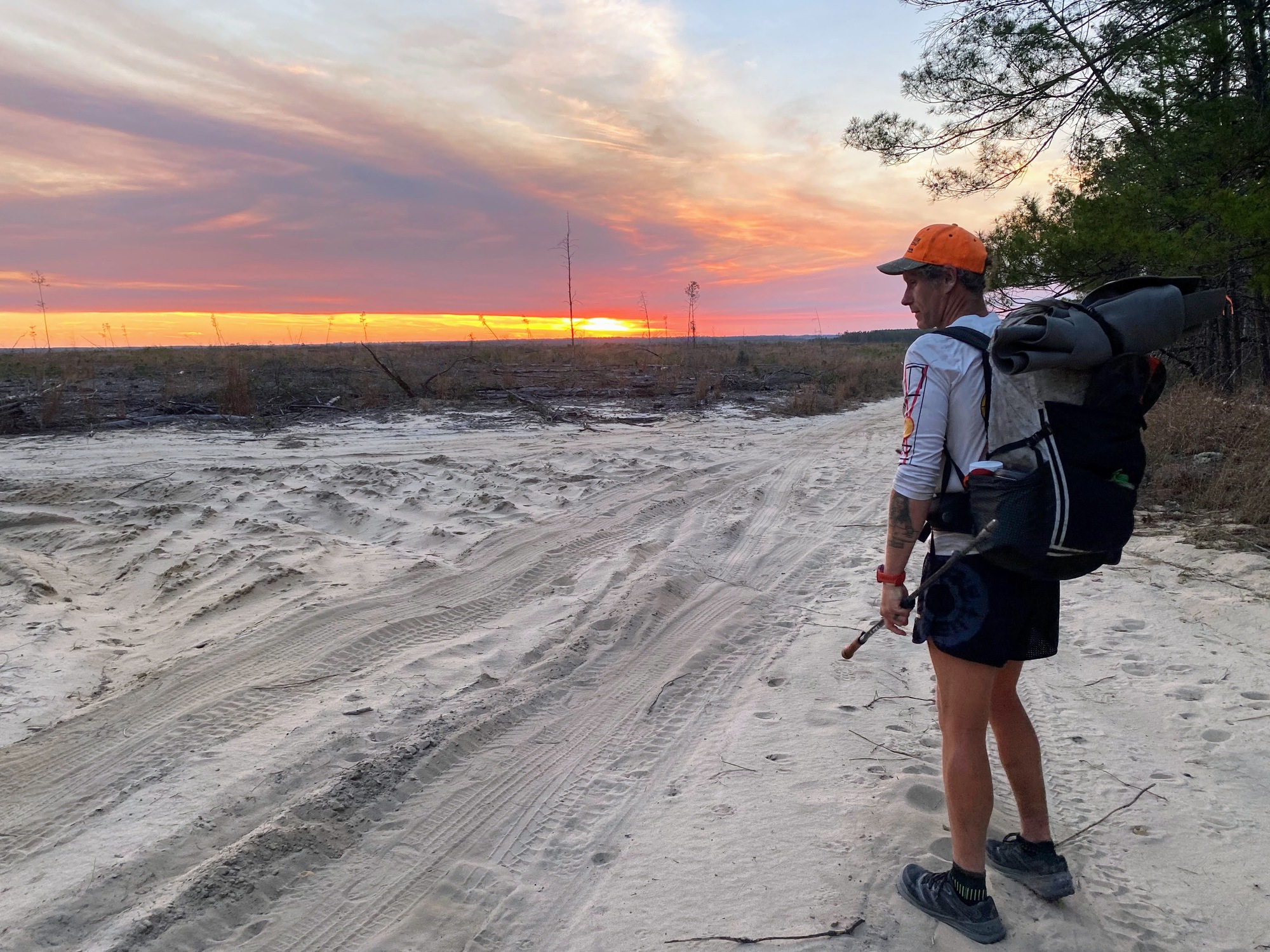 Indeed, between the immediate southern swamp insanity that is Big Cypress and the emerald waters of Gulf Islands National Seashore to the north, the FT might have the best bookends of any American long trail. After weeks of swamp walking, the fine white sand of Gulf Islands is an ever-shifting, cramp-inducing hobblefest, but the crashing waves and the looming specter of the northern terminus marker—in other words, the end of an adventure—keep you slow by choice. 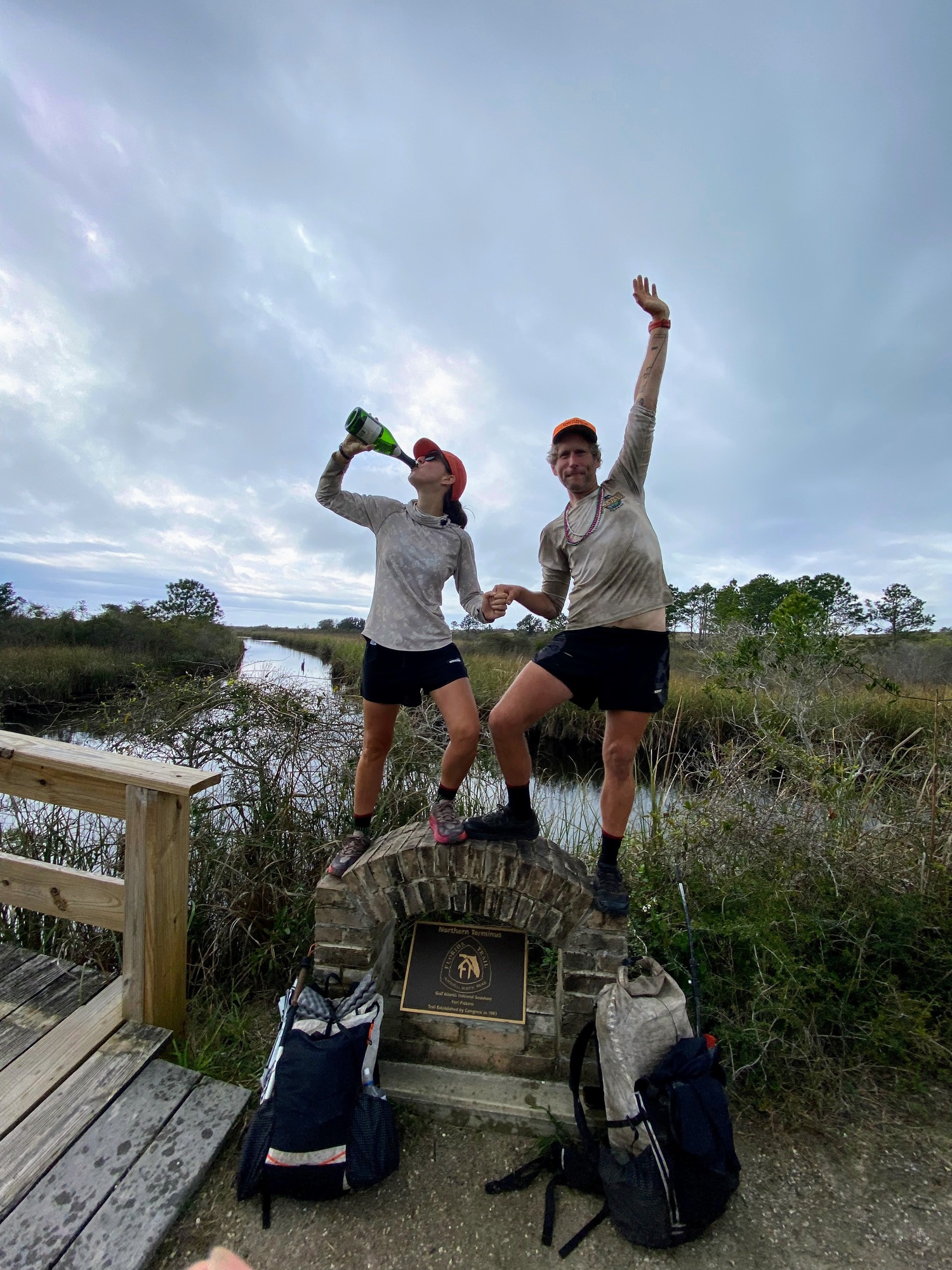 Tina Haver Currin is writer, activist, and outdoors enthusiast currently based wherever the trails are. From 2016 - 2018, she lived in a Sprinter with her husband, two cats, and a dog, climbing as many mountains, running as many routes, and seeing as many National Parks as humanly possible. Whether climbing in the Rockies, bushwhacking through Arctic backcountry, hiking deep within the Grand Canyon — or thru hiking the Appalachian and Pacific Crest Trails— she discovered the variety of experiences one can have in our wild spaces and the joy of sharing what she has learned with others. Tina currently spends her time writing, hiking, eating, and planning her next trip.