THRU HIKING GOES WITH EVERYTHING: LESSONS CARRIED ONWARD WITH JEFF GARMIRE

Four to six months or more of improvising, adapting, and shifting plans daily has a lasting impact on a person. Jeff "Legend" Garmire is no stranger to this phenomenon, as evidenced here in some of his favorite examples of creative problem-solving over the years. For all of you adventurous readers, what are some things you learned in the midst of a big endeavor that you still apply to everyday life or ongoing pursuits? Hop in the discussion below! 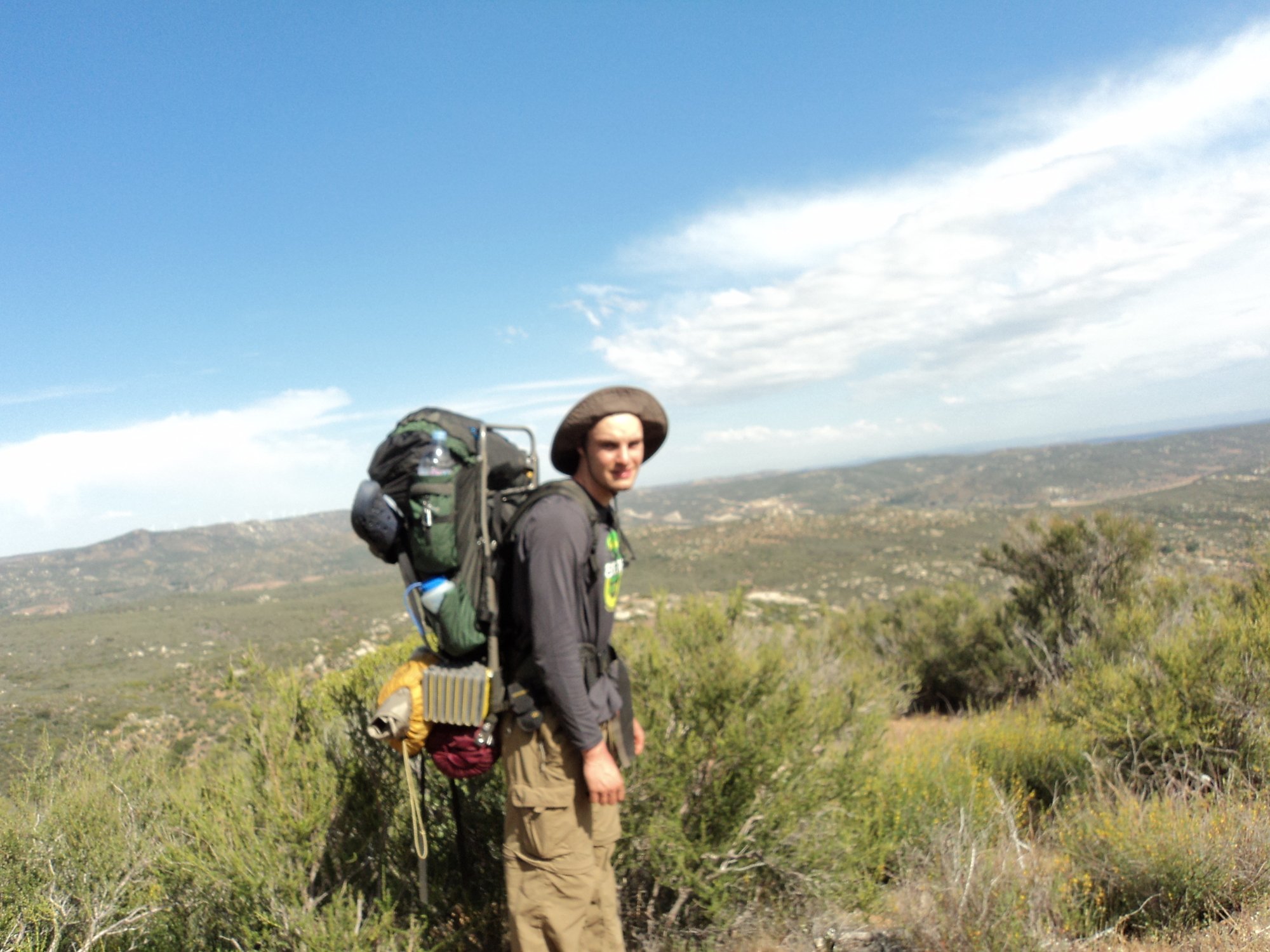 At the first water source of my first thru hike, I could not treat the water. The UV light tool simply would not work. I would turn it on, but immediately it would flash and shut off. I changed the batteries, but the same thing happened. Fifteen miles into a 2,650-mile thru hike, I could not even figure out how to have clean drinking water. It drastically altered my optimistic view of the upcoming months.

Luckily, within my 55-pound backpack, I had packed a few iodine tablets for emergencies. I really did not expect to need these throughout the thru hike, let alone on day one. But I was destined to learn at some point that not everything goes according to plan. The learning and improvising of thru hiking began on my first day and never ended.

Over the proceeding decade, I learned to remedy every situation. I burned a hole in my tent and hiked with a duct tape patch for hundreds of miles. The hip belt ripped off my backpack, and I sewed it back on with dental floss. I lost a spoon and made a replacement with a tend stake. I learned to deal with running out of food and water and figured which pains and discomforts were worth pushing through and which required extra attention. Through many different thru hikes, I continued to learn and adapt to each new bit of adversity. And since racing ultramarathons, I have taken this skill with me. In fact, the adaptability learned on a thru hike carries forward in many ways. 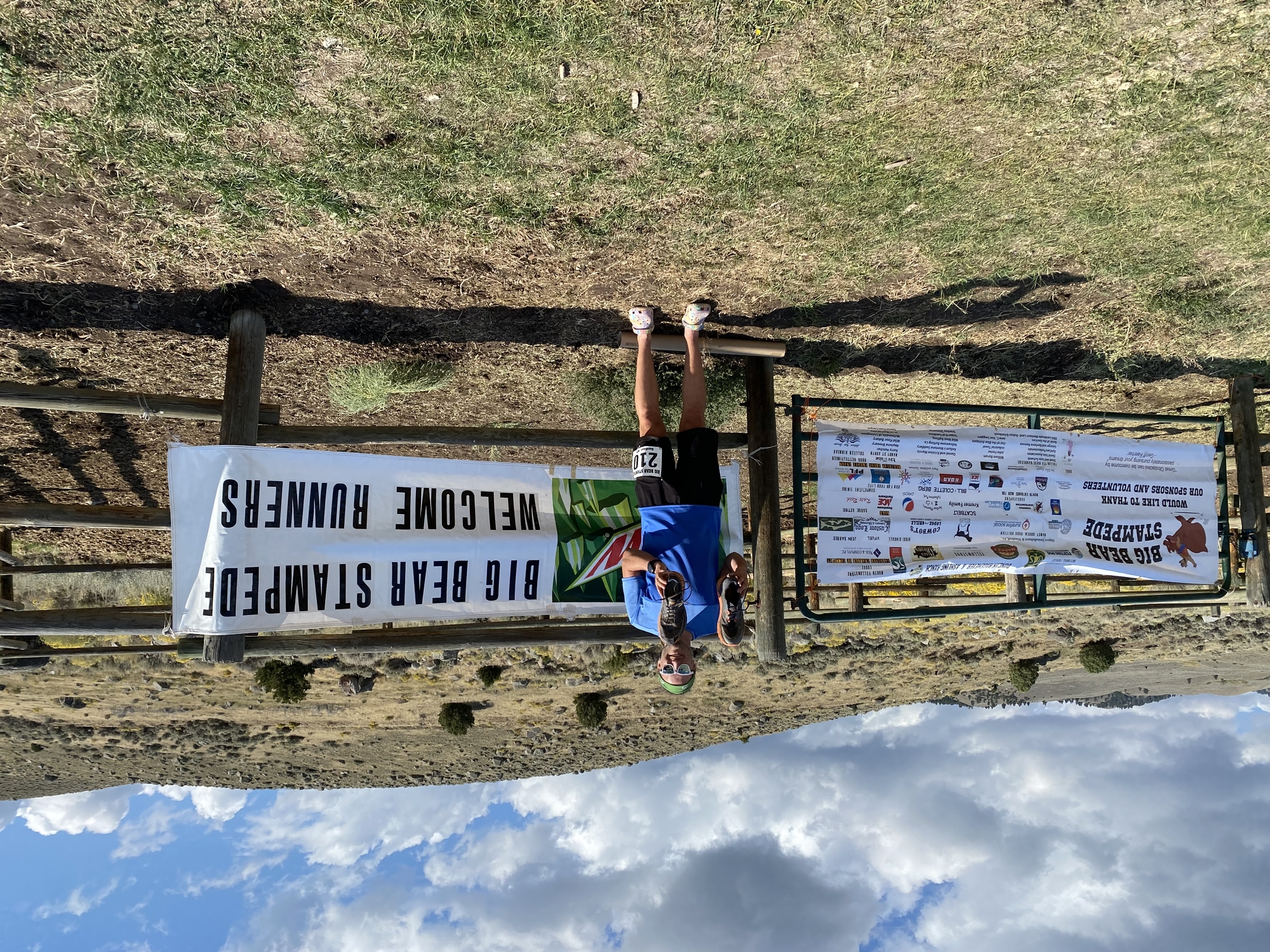 It is never ideal to show up to a race with the wrong pair of shoes, but how about two left shoes? At a trail race in Montana, I packed early in the morning and grabbed two of my many similar pairs of shoes, thinking they were a matched set. They were not. I wore Crocs to the start line, so I didn't even get to realize my error until twenty minutes before the start of the race. With few options, I put on the two left shoes and tried to run. But my right foot screamed in discomfort. So, I took a knife and cut a big chunk out of the side of the shoe. My big toe could hang out, and despite looking strange, I was able to put together a second-place finish. 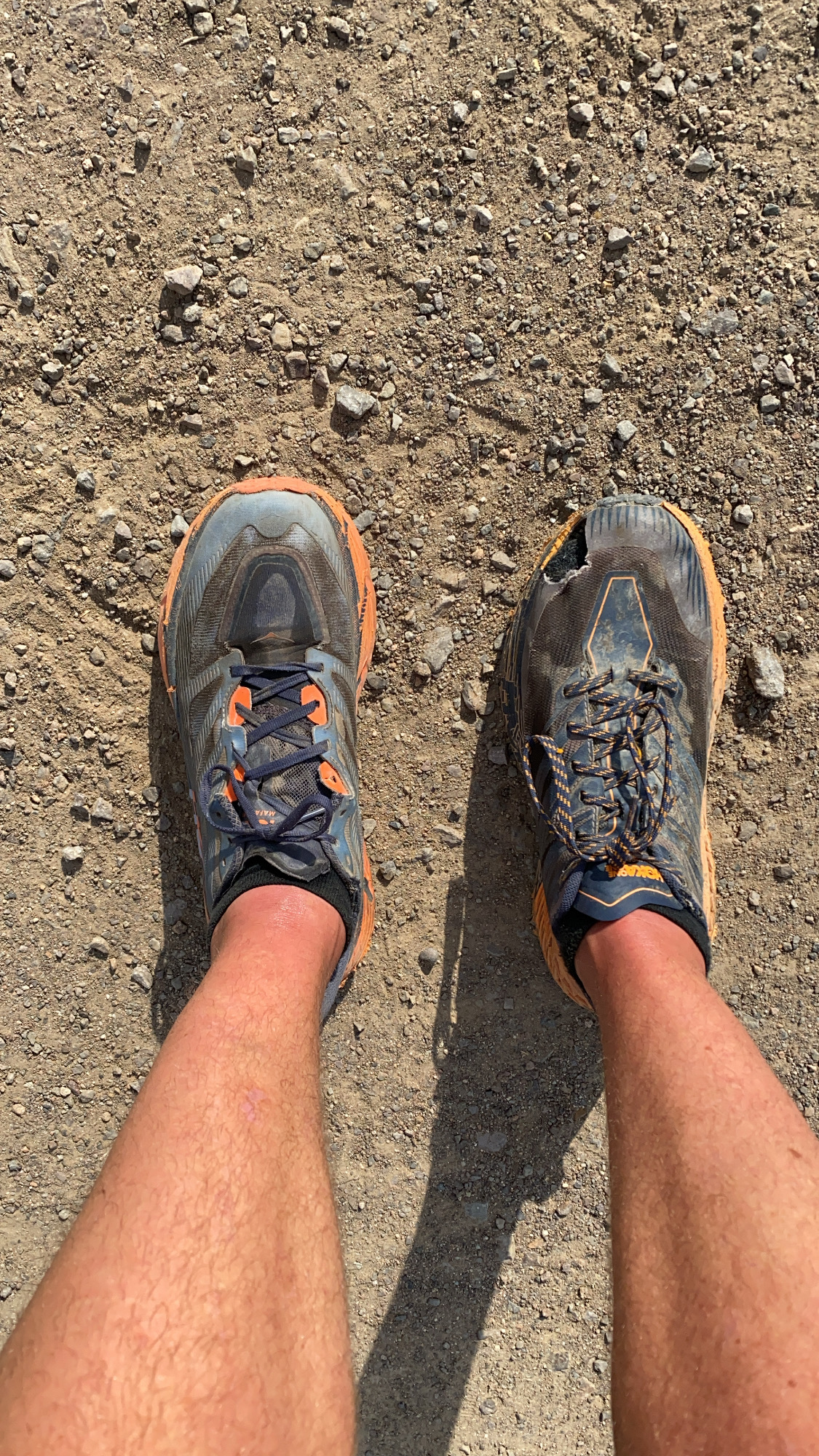 I signed up for a 100-kilometer (62-mile) race at the last minute recently. The start line and finish line were a 90-minute drive apart. I had no crew and didn't initially know anyone out at the event to help me get back to my car. But, after piecing together some of the biggest logistical nightmares while thru hiking, I knew I could make it come together. I parked my car at the start line at Bannock Pass on the Continental Divide Trail and ran the race. I finished and eventually connected with one of the only racers driving back that way. The questions around the logistics could have easily ruined my day with stress but having the experience of finding a way ultimately helped me push any worry or doubt to the back of my mind while I competed.

THE TOOLS APPLY TO MANY SITUATIONS 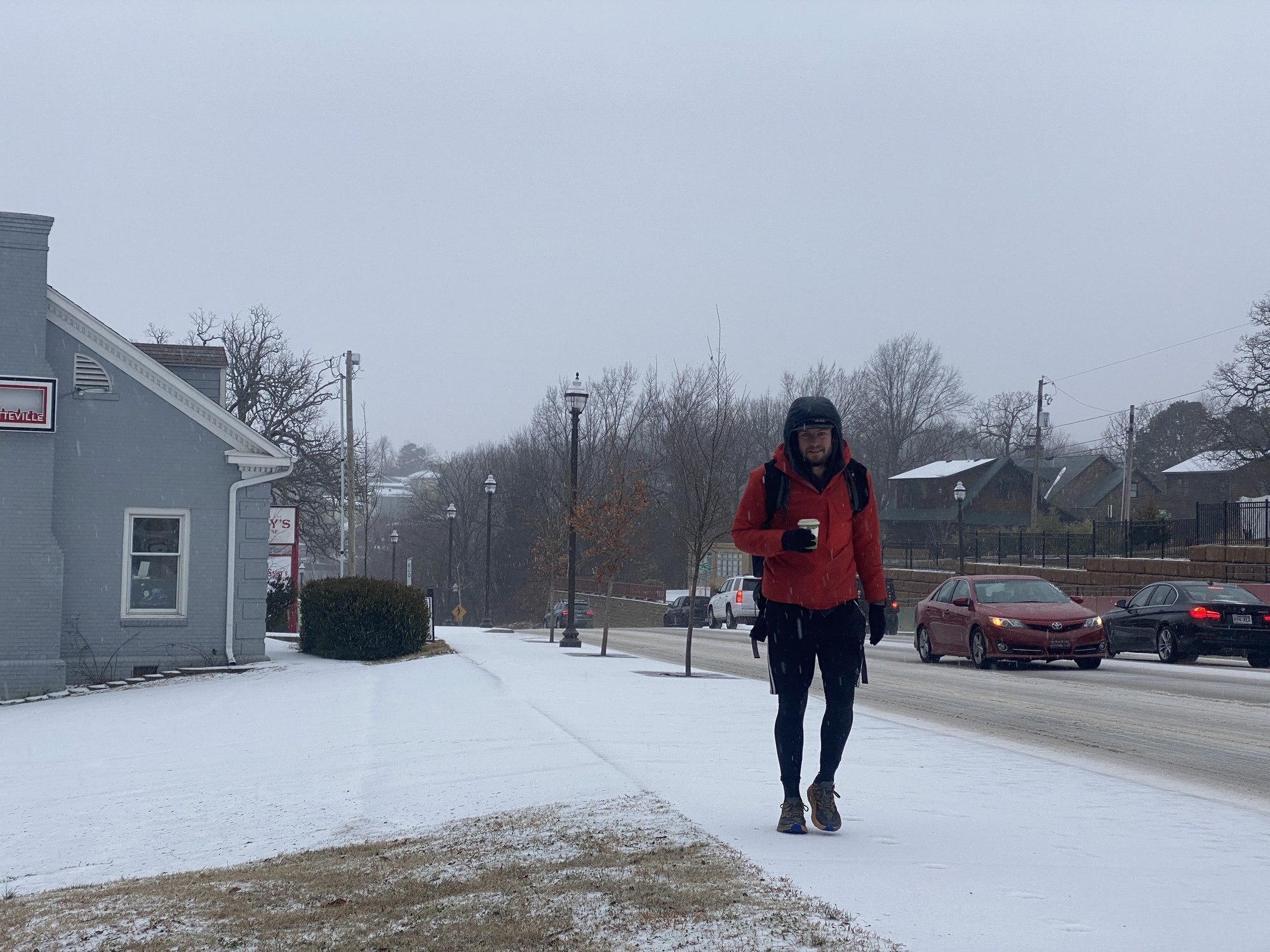 The Pacific Crest Trail in 2011 was the first time I hitchhiked. I was so nervous that I skipped multiple towns early on that required hitching. I was brought up with a stigma around this way of travel, which was a real hurdle to get over. But eventually, I found peace in sticking my thumb up. The more I did it, the easier it seemed to be getting a ride. In February, I hitched all the way across Arkansas after finishing the Ozark Highlands Trail. Upon finishing the thru hike, there were multiple ways to get to the airport on the western side of the state, but hitchhiking felt like the most novel and exciting way to tackle the task. It also meant I was able to meet quite a cast of Arkansas characters.

Just last month, there was a 24-mile point-to-point route that I wanted to run. So, I parked my car at the end of it, and stuck out my thumb to hitch the fifteen miles back to the beginning. It was a simple afternoon run further simplified by a twenty-minute hitch.

In November, a semi-truck drove through the rear of my car and totaled it. A tow truck took it away, and I was left standing on the side of the road in Prineville, Oregon. I certainly could have called a cab or ordered an Uber but sticking up my thumb and hitchhiking to the nearest rental car location was faster and simpler. 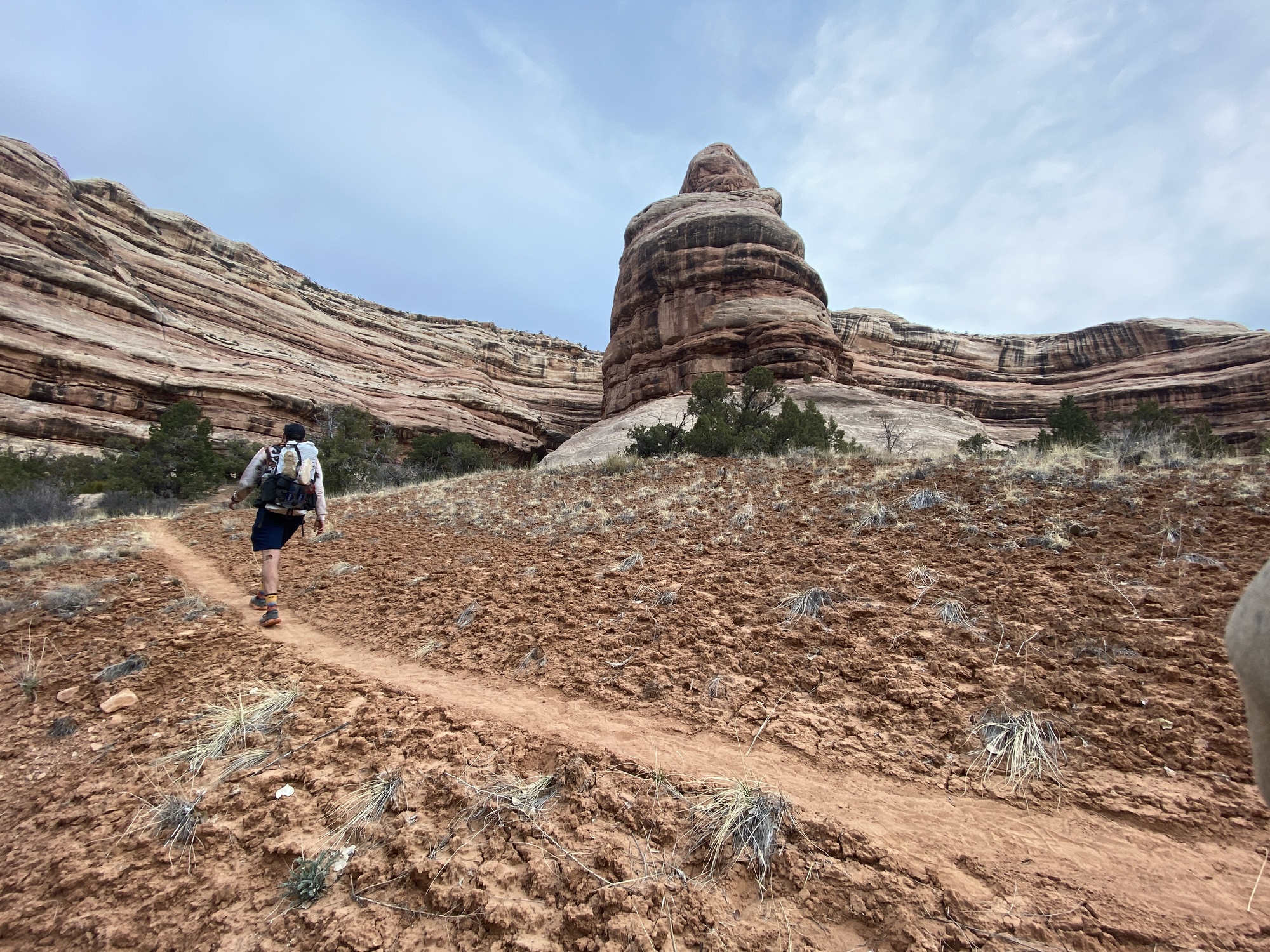 MORE THAN THE TOOLS

After finishing my first thru hike, I started looking for ways to improve efficiency. It was a mindset that grew out of the desire to maximize each day on trail. Even while working in an office setting, I started going on walks while taking phone calls. I would squeeze in a midday run during the lunch hour. It became its own unique challenge to maximize the efficiency of every day, much like on a thru hike. The mindset became a part of everyday life. Can I do this better? Can I be more efficient? How can I further maximize the hours in my day? These questions surrounded every action.

In thru hiking, a task or deadline is always looming in the future. Maybe it is the closing time of a post office or the hours of a grocery store, but individual factors influence the timeline and micro goals of a much broader task like hiking 2,000 miles. Incorporating these small tasks and considerations is what adds up to a successful overall adventure. It is very much the same in so many other situations as well. There is the desire to complete something and concrete things that must be done to find that success. 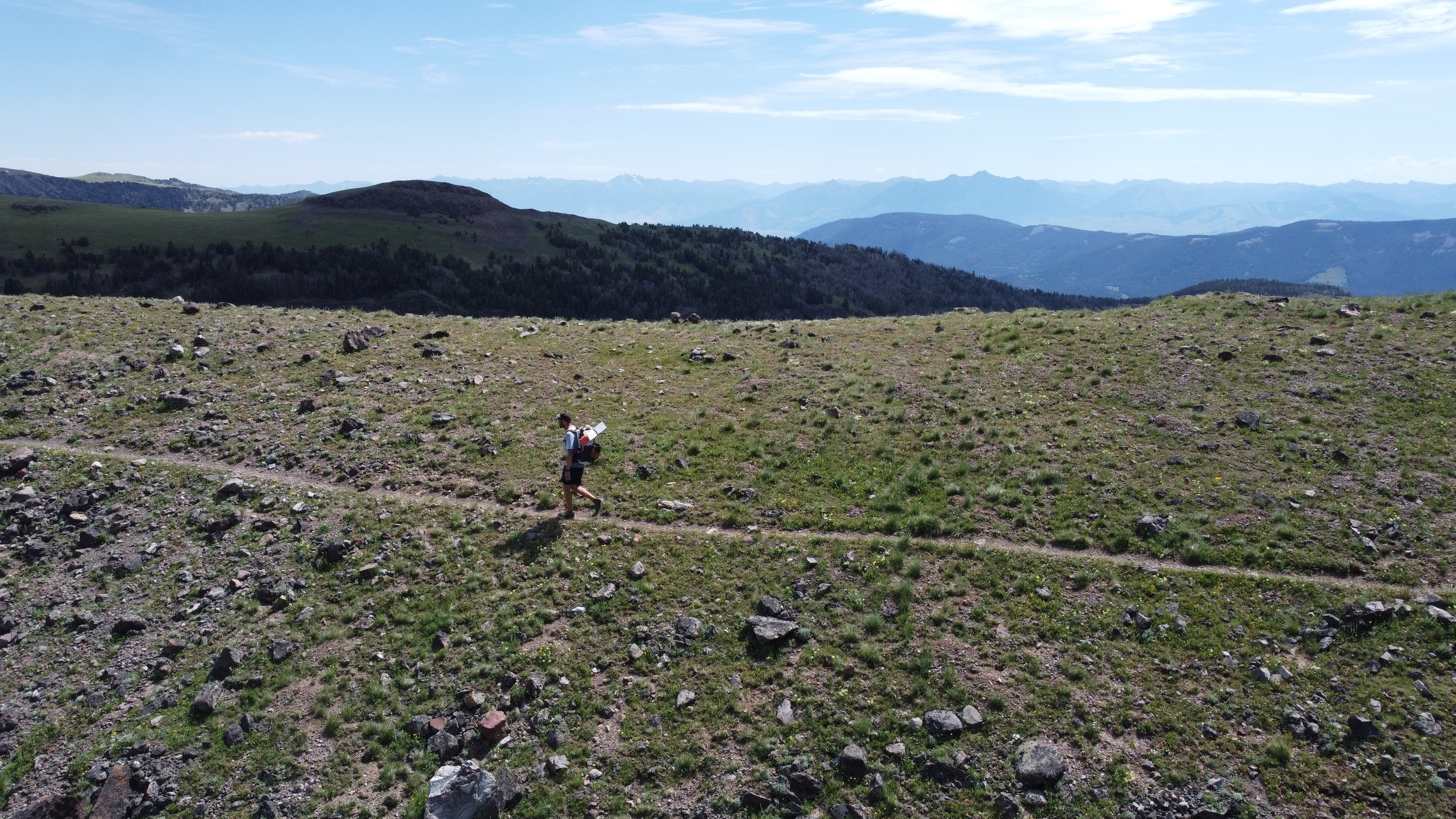 There are both tangible skills—hitching, sleeping outside, and packing up a campsite—and intangible skills like planning and efficiency that are learned by attempting and achieving huge goals. And once these skills are learned, they carry forward in so many different aspects of life.